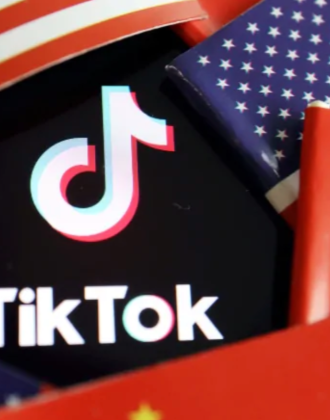 The good news is the previous 45-day sale or ban has been extended to 90 days; the bad news is that ByteDance would likely be required to fully divest, leaving out the chance of remaining as a minority stakeholder.

Update: this article has been updated to include verbal communication from a ByteDance representative on the new Executive Order.

On late Friday August 14th, US President Donald Trump signed what appears to be a finalized and more polished CFIUS order against TikTok, this time mandating ByteDance, its current Chinese current company, to divest the short video app altogether in 90 days.

It's currently unclear if the new Executive Order overrides a previous one signed last week that gave ByteDance two options: sell TikTok in 45 days, or have TikTok banned in the US by then.

A ByteDance representative told PingWest in unofficial verbal communication that from the company's point of view the two Orders are separate. Essentially, The company's understanding is that last week's EO is based on the International Emergency Economic Powers Act, with the aim to ban TikTok, and the new EO is a CFIUS one, specifically ordering ByteDance to divest TikTok within 90 days. Today's new EO does not override the previous one.

To ByteDance, the good news part about the new Order is that it provided clearer instructions on selling or spinning off TikTok.

The bad news part, however, is that according to the language of the Order, ByteDance could be required to fully divest all TikTok assets, tangible and intangible, located anywhere around the world. Industry insiders had previously analyzed that ByteDance would still want to remain as a minority shareholder of the new TikTok.

The Order is also giving clearer instructions to CFIUS as well, on how it should scrutinize the details of the sale or spin off.

Trump is also ordering ByteDance to completely destroy all data obtained or derived from TikTok or Musical.ly, its predecessor which was acquired by ByteDance. The new Order requires CFIUS to scrutinize the deal through a broad range of methods, including inspection of books, ledgers, correspondence, ByteDance internal computer systems, and interview with company officers and employees, etc.

Responding to last week's Executive Order — the 45-day one — TikTok announced on August 7 that it's weighing the option to sue the US government for unfair treatment.

"We will pursue all remedies available to us in order to ensure that the rule of law is not discarded and that our company and our users are treated fairly – if not by the Administration, then by the US courts," said TikTok in that earlier statement.

And, again, as Trump claims in the new Executive Order that he has "credible evidence" that ByteDance "might take action that threatens to impair the national security of the United States", none of that evidence was made available by CFIUS to ByteDance, according to ByteDance sources.

There is, however, a report from WSJ this week that claimed TikTok masked MAC address collection through questionable behaviors.

Zhang Yiming, founder and CEO of ByteDance, previously said in an internal email that what the US actually wants is a ban, not a sale of TikTok's US operations,

"Many people got it wrong. The focus was never CFIUS investigating into the national security concern of our acquisition of musical.ly, hence forcing us to sell TikTok's US operations to an American company,"

"However, a sale was never the true intent of the US, It is not even what they wanted. Their actual goal is a full ban, maybe even more..." wrote Zhang.

ByteDance is in talks with Microsoft to sell TikTok's operations in the US, Canada, Australia, and New Zealand. A deal is yet to be final, and ByteDance is reportedly in similar talks with other companies, including Twitter.

Trump had also touted that the US government should somehow get a cut from facilitating the TikTok sale.

"Whether it's Microsoft or somebody else, or if it's the Chinese — what the price is, the United States could — should get a very large percentage of that price. Because we're making it possible," Trump said.

ByteDance is also in talks with India's multi-industrial conglomerate Reliance for a potential investment in TikTok in order to revive the app, which was banned in early July in the country. Mukesh Ambani, Reliance's boss, has been a long time ally of Indian Prime Minister Narendra Modi.