ByteDance Reportedly in Talks With Reliance, Owned by a Modi Ally, to Revive TikTok in India 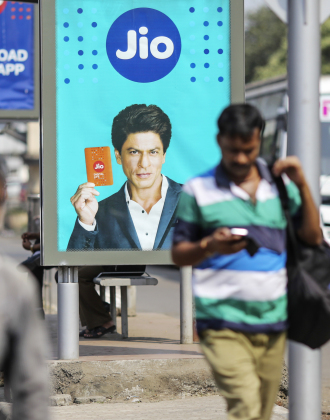 This is bound to be a very "strategic" investment.

According to the report, the two companies have yet to reach a deal.

The importance of such a deal, is that it may be able to revive TikTok, which has been banned in the country since early July.

It is currently unclear how this potential Reliance deal is related to the ByteDance's ongoing negotiations with Microsoft and/or other potential buyers of its US business. Microsoft made a statement last week saying that it is in talks with ByteDance to acquire TikTok's operations in US, Canada, Australia, and New Zealand.

Essentially, it is unclear if ByteDance is offering Reliance a chance to financially back TikTok's local operations in India, which is valued at more than $3 billion according to TechCrunch's sources, or TikTok's global company, which could be valued as high as $30 billion in negotiation with Microsoft.

A ByteDance representative did not comment on the news when reached by PingWest.

But in any case, a potential deal with Reliance, a conglomerate with businesses in energy, textiles, retail, and internet, would significantly boost TikTok and ByteDance's political confidence in India, as Mukesh Ambani, India's wealthiest man and Reliance's billionaire boss, has long been a major ally of Prime Minister Narendra Modi's administration.

On June 29, India's Ministry of Electronics and Information Technology banned a total of 59 Chinese-made apps, including TikTok, citing national security and internet sovereignty concerns. PingWest has learned that TikTok pulled its app from the Indian App Store and Google Play voluntarily after the ban, and has been in contact with the Indian government to remedy the situation.

More than 200 million people in the country use TikTok actively, making India its biggest market by user.

As Chinese entrepreneurs and investors meet their Waterloo in India, the country is instead opening its arms to US tech superpowers such as Google, Facebook, Intel, and Qualcomm — via Jio Platforms, a telecom operator-internet company hybrid, and a Reliance subsidiary.

Back in April, Facebook invested $5.7 billion in Jio Platforms in exchange for a 9.9% stake. Intel and Qualcomm also became shareholders of the company via their respective venture funds in July. Then Google jumped on the bandwagon, spending $4.5 billion, or about half of its newly announced $10 billion Google for India Digitization Fund, and got 7.73% of Jio Platform shares.