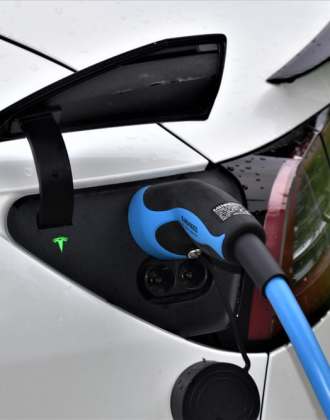 What can Chinese EV makers do to battle Tesla and attarct new customers?

On January 1, 2021, Tesla announced it has begun sales of the Chinese-built Model Y at a starting price of CNY339,900, a large price cut from the CNY488,000 pre-order sale six months ago. It instantly became a market hit, and a surge in visits even dragged Tesla's China website down.

According to local media, many Nio consumers have broken their contracts after Tesla surprised the market. They are looking to buy Model Y because the "price are so attractive that they cannot resist."

Nio quickly denied the rumors and said the report is nonsense.

Nio founder and CEO Li Bin insisted that his company will never cut the price to appeal to new consumers.

"While Tesla aims to become Volkswagen, Ford of the EV industry, we will adhere to targeting luxury and premium market. Out pricing strategy is similar to that of Mercedes and BMW, and our cars will charge the same price as Benz or BMW's gasoline car," Li Bin said.

The EV subsidies were supposed to be expired in December 2020, but the Chinese government decided to extend it for a significant sales decline of EVs in the first quarter of 2020 amid the Covid-19 outbreak.

Besides, the new policy will apply only to EV makers whose annual deliveries should reach 10,000 per year, aiming to prevent fraud.

Tesla's price cut and the reduction in EV subsidies are not correlated. Still, many market watchers indicated heavy blows to Chinese EV startups that rely on subsidies to reduce the price rather than rely on innovation. Now Tesla's price cut made things even worse as Tesla's car became affordable for even some budget consumers.

But Chinese EV makers still have confidence in holding their market shares as consumers gradually moved away from conventional cars.

He Xiaopeng, founder and CEO of the Shenzhen-based Xpeng Motors, wrote on his Weibo: "Tesla's pricing strategy has no effect on Xpeng's sales. Such promotion can only lead to both favorable and unfavorable consequence - like a double-edged sword."

Brian Gu, president of Xpeng, once said that Tesla was not domestic EV startups' primary rival. Instead, they together transform the landscape of the worldwide car market.

In fact, Tesla has reneged on its guarantee of "selling at a consistent price to ensure far treatment for all Chinese consumer."

In an interview with local media Yicai, Tesla China VP Grace Tao said: "Tesla's localization in China is near completion, so the possibility of a future price fall is flat."

However, the oath was only kept for three days when Model Y was announced.

Tesla has its own problem, like inadequate quality control and sweatshop allegations, that workers are forced to work long hours to handle the excessive works.

Chinese EVs makers are now looking to expand their business overseas rather than targeting only domestic niche markets.

Xpeng recently announced the deliveries of 100 SUVs to customers in Norway. An early example of Chinese-made vehicles has been directly delivered to buyers in Europe.

Nio has launched the "Macro Polo" project to strengthen its sale and service network in Europe. New and existing staff are allocated to its overseas business unit. They will work hard to meet the goal of 7,000 ES8 and ES6 deliveries in Europe within two years.