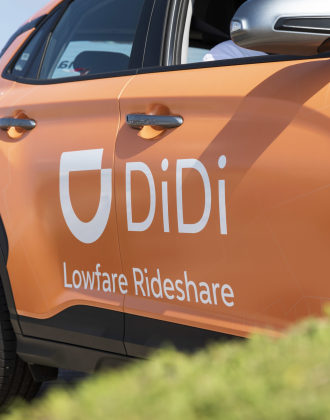 It's a challenging strategy, considering Didi is fighting in new sectors against multiple enemies—even former allies, like Tencent.

As Uber seeks a path to profitability, the business units that are dragging it down are being sold off. However, its Chinese frienemy Didi Chuxing is busy expanding into more cash-burning businesses. Community group-buying, for instance, is at the top of CEO Cheng Wei's head. Cheng said that Didi aims to become the very leader in the sector and does not put a cap on necessary investment.

The Chinese ride-hailing giant announced an organizational restructuring this month, consolidating its bike-sharing, freight, and other businesses besides the core ride-hailing services, into a newly established "Urban Transportation and Service Business Group".

Besides, in order to promote the development of the community group-buying business, which is also a newly established department, Chen Ting, an executive with experience in operations and e-commerce, was appointed as the CEO of this business group.

Following this company-level adjustment is a round of layoffs. Employees of the Strategy Operation Department said on Maimai, an anonymous community app for the workplace, that the department with hundreds of headcounts would be eliminated.

Leakers say that much of Didi's internal resources are being put onto community group-buying. "The company only gave us two options, either to resign or apply for transfer to Chengxinyouxuan, without providing any compensation for layoffs," wrote an employee. "As the company plans to cut expenses, less important departments will be slimmed down, but the community group-buying business is thriving," wrote another.

Currently, community group-buying is the most sought-after sector among Chinese internet giants. The model usually works this way: a designated community leader creates a WeChat group to gather orders of grocery and daily necessities, and uses one of the many offerings from local supermarkets, or more recently the internet giants, to complete the orders and have them shipped in bulk.

Freshippo (Alibaba's brick-and-mortar supermarket chain), Meituan (the local services giant), Pinduoduo (now China's third-largest e-commerce company), along with Xingshengyouxuan (a startup supported by Tencent and JD.com, not to be confused with Didi's Chengxinyouxuan), are among the major competitors who are expecting long term competition in this sector that may involve heavy subsidies. Wang Xing, the co-founder and CEO of Meituan, said in the company's Q3 earnings call that "the competition will not end soon, and I am not sure who will be the ultimate winner in this market."

Didi's first team for this business was established in May in Chengdu, and the grocery buying app Chengxinyouxuan was subsequently launched in June. According to public information, the services are now available online in more than 200 cities and counties spanning Sichuan, Hubei, Zhejiang, and Hainan provinces.

In an internal meeting last month, Cheng said there was no cap on resources to support community group-buying.

Industry insiders think that Didi's last push into a new sector can help the company achieve an even higher valuation for its future IPO in Hong Kong next year, a goal it had set its eyes on for some time. The company launched an on-demand errand-running service that delivers nearly everything, expanded the ride-hailing core businesses into more cities in Australia and food delivery to Japan, completed the first funding round for its self-driving subsidiary, and launched a freight service—all within the first half of this year. Then it made even more news headlines in the second half, with a cheaper alternative to its main app, service in Russia, and the D1, a custom-built electric vehicle specifically for rideshare co-developed with BYD.

The Beijing-headquartered company announced its new three-year strategy for steady and sustainable growth in April. Labeled as "0188", the plan advances from its "all-in-safety" perspective to longer-term safety capacity building and user value growth. In case anyone wonders what this mysterious number mean: "0" signifies safety as a priority, while "188" stands for capping over 100 million daily trips globally, reaching an 8% penetration rate in China's mobility market; and tabling 800 million MAUs globally by 2022.

But Didi is still quite far from the goal of achieving 100 million orders per day. Therefore, acquiring more active users and exploring new businesses has become an imperative duty for Didi within three years.

The company is targeting more than $60 billion when it actually goes public, and is also considering a new funding round ahead of the IPO in a bid to boost its valuation. But some of its shares are trading well below a valuation of $56 billion reached in 2017, Reuters reported, citing people familiar with the matter.

As the growth rate of the market slows, the revenue generated by rideshare will barely see an increase. Therefore, to touch the envisaged valuation, the unicorn company, which has been losing money since its birth, has to extend its business scope and create more possibilities. It's a challenging strategy, considering Didi is fighting on multiple fronts, against various enemies—even former allies, like Tencent.