China's Revised Export Control Sends All but One Right Signals 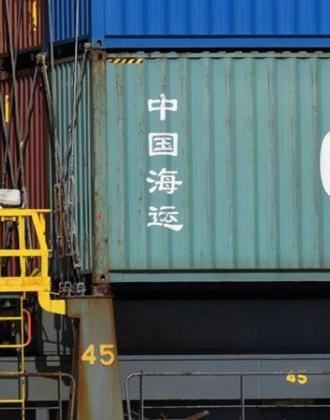 While China's revised export control catalogue does jeopardize the potential TikTok deal, the majority of the revision strikes a balance between tech protectionism and open market.

The Chinese Government updated its export controls and restrictions catalogue on August 28, making numerous additions and deletions targets a wide range of industries and technologies.

Chinese state media CGTN reported that the new Ministry of Commerce catalogue could mean that a future sale of ByteDance's TikTok may entail the regime's approval.

The revised catalogue made 23 new or modified entries prohibited or restricted from being exported, and removed a total of 9 items from the ban list in the catalogue.

Most notably, article 21 of the catalogue, a new addition over data analytics-based personalized information push service technology, could jeopardize the TikTok deal.

The short video app for non-China markets relies heavily on such technology originally developed by ByteDance, a Chinese company, despite that the company has stressed numerous times that TikTok is separated with the parent company with different technological firewalls.

Prof. Cui Fan of the University of International Business and Economics in Beijing and an international trade expert, cautioned in an interview with state media Xinhua News that ByteDance should "seriously study" article 21 as it directly affects the company, especially a potential TikTok deal.

"If ByteDance plans to export related technologies, it should go through the approval procedures," said Cui, adding that the company's global expansion relies on its strong domestic research and development, which contributed heavily to the personalized recommendation systems that is integrated across ByteDance's products in both home and overseas markets.

Cui also hinted that the company may want to halt the plan of a fire sale, fulfill the declaration procedures, and then take further actions as appropriate.

The revision, first one since 2008, strikes a balance between maintaining national security and global exchanges.

The deletion and modification of a number of items, including chemically synthesized drug productions, spatial data transmission, and information security firewall, from the export control catalogue, indicate that Chinese industries have developed sufficient competitiveness and market saturation in the corresponding areas.

The addition of several items, ranging from data transmission technology of the country's new Beidou satellite navigation to artificial intelligence and advanced data processing, from petrochemical devices to heavy equipments, are generally in the scenarios that they are either of strategic importance and developing rapidly in China, or still underdeveloped, where the very few competent companies could easily be acquired by foreign companies.

It is understandable that when faced with an extended period of geopolitical uncertainty, China would want to keep these technologies and the companies developing them within its physical and virtual borders, minimizing the risk of them being dragged into future turmoils.

The revised catalogue could mean that major Chinese corporations will face tougher scrutinization when setting up foreign joint ventures to participate in overseas projects.

Xinhua News reported that the Ministry of Commerce is looking at deleting more items from the catalogue in the future, and focus on letting the market regulation take more control.