As Trump Administration Moves to Ban WeChat, Chinese Americans Put up a Fight in Court 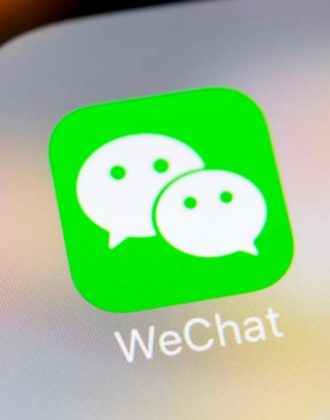 Legal experts conclude that "transaction" should include "installation, dealing in, or use of" WeChat, defined by another Executive Order by Trump, meaning WeChat could very well be banned completely.

"How am I going to stay in contact with you in the future, my daughter?" asked the heavyhearted mother of Li Bing, a tech worker in Silicon Valley who came from China, in an overseas video call on August 6.

The WeChat Executive Order restricts US companies from conducting transactions with Tencent and its subsidiaries, including WeChat, although the finer details such as what constitutes "transaction" remains unclear.

The uncertainty of the Executive Order was enough to cause many Chinese Americans, who used the app daily to communicate with their friends and family both in the US and in China, to panic.

A local WeChat group chat of hundreds of Chinese living in a San Francisco Bay Area neighborhood exploded with discussions.

Some argued that Trump just wants to ban WeChat money transfers, which not a lot of WeChat users use in the US, while others cautioned that the Order should not be underestimated. Articles of analyses and, most of the times, plain speculations of how "transaction" will be defined, and how the Executive Order will be carried out, flooded the chat window from 7 PM all the way to 2 AM the next morning.

There was no consensus after many days of discussions.

Li's conversation with her mother that evening finally, and unavoidably, turned to her, laying out all the options they're left with to stay in touch.

Like Li, and many in the Chinese diaspora community that evening, Chen Rang also received many questions about the new Order. While complaining that in his opinion Trump has always been the empty barrel that makes the biggest sound, he told PingWest that he still registered an account on Telegram and posted the account info on his WeChat Moments, a social feed within the messaging app, so his families, friends and business acquaintances could add him.

Lesser-known than TikTok in the US, WeChat is used extensively by the Chinese diaspora community to maintain communication with their friends and family in Mainland China, since most other instant messaging apps such as WhatsApp, Line, and Telegram, are banned.

Many Chinese-operated small businesses and communities in the US, such as Chinese restaurants, milk tea shops, and tech organizations, market themselves extensively on WeChat since most of their target audience are on the platform.

Chinese-focused online grocery companies like New York City-based Freshgogo and California-headquartered Weee! host promotions and customer service on WeChat to better serve the Chinese users. In the worst days of the pandemic, such companies also organize group buys and allocate delivery slots to users via WeChat to make good use of limited stockpile and delivery workforce.

Product Pub, a Bay Area community of more than 1,500 tech product managers, of which 99% are ethnically Chinese, relies heavily on two of its WeChat group chats to organize events and keep members in the loop.

"Once WeChat is banned, we are likely to lose contact with many people in our community," said Mia Jiang, one of Product Pub's cofounders.

Just in case, she asked members to join the community channel on Slack, a collaboration software trendy among Silicon Valley tech workers. The Slack channel had roughly a hundred people in it when it was set up a year ago and remained inactive, mostly because members are more used to the less sophisticated chatroom environment on WeChat.

The Slack channel gained a couple of hundred people within a week of the WeChat ban news, but Jiang still worries about the situation. "There will be some member loss when migrating to other platforms," she told PingWest.

They said that the Executive Order 13873 announced on May 15, 2019, which was referenced in the new WeChat ban, clearly defined transaction as "acquisition, importation, transfer, installation, dealing in, or use of any information and communications technology or service."

Clay Zhu, Managing Partner at DeHeng Law Offices' Silicon Valley office, told PingWest that breaching such an Order could carry a fine of up to $300,000 as well as significant jail time.

While many in the Chinese communities panicked, and Tencent seems reluctant to fight the order, a group of ethnically Chinese attorneys decided to take the matter into their own hand.

These attorneys, of which Zhu is a member, formed a non-profit organization called "US WeChat Users Alliance," and plans to put up a fight in a US court.

After studying the situation, they believe that "the Executive Order violates many provisions of the US Constitution and the Administrative Procedure Act."

For example, the US Constitution's First Amendment requires government enactments that may restrict the freedom of speech to demonstrate a compelling governmental interest, and that such enactments should be narrowly targeted, instead of a total ban on an app. Additionally, the Administrative Procedure Law requires the executive branch to give a reasoned explanation for such orders, which the attorneys from the USWUA think the Executive Order lacks.

The attorneys are currently taking donations from within the US to fund a lawsuit they plan to file against the US Government to have the court declare the Executive Order invalid.

"We believe that the legal system provides the most effective way to solve this problem. It is not an easy task to go against the federal government, and that is why we are recruiting an experienced legal team to file lawsuits within the next ten days." said the attorneys' statement.

At the time of writing, the non-profit has raised nearly $38,000 from more than 500 donors, and their stage-one goal is to raise $100,000 to find the right lawyer to lead the case and file the lawsuit. Zhu told PingWest that they had recruited Michael Bien, a seasoned attorney and cofounding partner of Rosen Bien Galvan & Grunfeld LLP, to be one of the litigators in this case.

Should the case be handed over to the Supreme Court, it may cost about $300,000 for a start.

The attorneys of USWUG did admit that disinformation and strict censorship mechanism exist on WeChat; however, it is not in the Trump Administration's position to deprive people of the right to use it, especially since it is the only feasible way for the Chinese diaspora to keep in touch with friends and families in China.

Zhu believes that suing the Trump Administration does not mean that victory must be achieved in the short term. More importantly, Chinese expats should unite and push the President to withdraw the ban or at least narrow the scope of the it to reduce the negative impact.

The attorneys claim that they are not in any way affiliated with WeChat or Tencent.

Citing Apptopia data, Reuters reported that WeChat has an average of 19 million daily active users in the US.

Major US companies, including Apple, Ford, Disney, and Walmart, lobbied the White House last week, claiming that banning WeChat could be bad for their business in China.

This report is based on the original Chinese version written by Lian Zi, edited by Vicky Xiao, published by PingWest's Chinese edition. You can read it here.