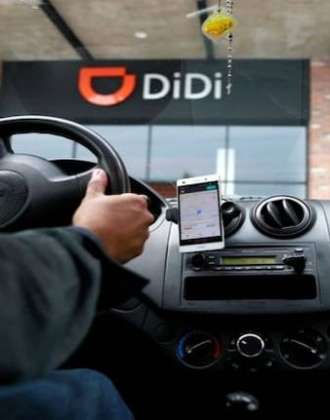 The trouble-ridden company has lost 85% of its market value since its IPO.

Didi once plunged more than 40% after the market opened on Friday, following the report that it has suspended preparations for its Hong Kong listing due to its failure to meet China's conditions on handling sensitive user data.

According to the report, the company and its bankers have halted work on the Hong Kong listing by way of introduction originally slated for around the summer of this year.

The Chinese ride-hailing giant, which counts Alibaba, Tencent, and SoftBank among its investors, went public in NYSE in June 2021. Shortly after the IPO, Chinese authorities launched a data security probe into the company and removed 25 of its apps from app stores, barring it from accepting new users.

Its third-quarter revenue fell 1.7% to $42.7 billion from $43.4 billion as its domestic business was hit by the regulatory crackdown.

In December, Didi announced a US delisting plan in favor of a Hong Kong listing in response to tighter regulations from Beijing.

Didi has lost 85% of its market value since its IPO.

Last month, Chinese tech news outlet LatePost reported that the trouble-ridden company is laying off 20% of its workforce, or about 3,000 people. The latest round of layoffs affects ride-hailing, bike-sharing, freight operations, and Didi's innovation unit R-Lab, while overseas business groups remain unaffected and still hiring.

While contributing a lower share of the company's overall revenue, Didi's overseas business proved resilient in comparison to its domestic business, nearly doubling its sales to 966 million yuan ($152.37 million) in the third quarter. Currently, the company is expanding its operations in Europe and South America.