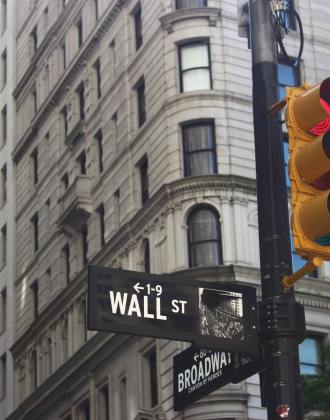 The regulator aims to improve the regulatory environment, instead of further decoupling from the global financial system.

VIE structure allows investors to have a controlling interest that is not based on holding majority voting rights. The structure is widely used in China, particularly when a company that intends to list operates in a sector in which foreign investment is restricted. Previously, through the VIE structure, companies could also be listed in Hong Kong or the US without the approval of CSRC.

In a set of draft rules published on its website, CSRC said it would establish a regulatory coordination mechanism for overseas listing of domestic companies.

An overseas listing could be stopped if authorities deemed it a threat to national security, the proposed rules said, adding that domestic companies need to comply with relevant provisions in the areas of foreign investment, cybersecurity, and data security.

According to the draft, the securities commission would respond to filing requests within 20 working days of receiving all required materials from companies seeking overseas listings.

The regulator said the draft rules, which are seeking public consultation until Jan. 23, ​are not meant to tighten policies for overseas listings.

The proposal of the draft rules breaks the rumors that China prohibits companies from listing overseas via VIE. In early December, Bloomberg reported that China is planning to ban companies from going public on foreign stock markets through VIE, closing a loophole used by the country's tech industry to raise capital from overseas investors.

Although the securities regulator denied the report shortly after the news came out, saying it was completely a misunderstanding and misinterpretation, the market remains concerned about the future of US-listed Chinese stocks.

When Didi, the Chinese ride-hailing giant, announced on December 3 that it would delist from the US and prepare to list in Hong Kong following a "careful study," the market's concerns once again intensified, sending the stock prices of Alibaba, JD.com, Pinduoduo, and a number of other US-listed Chinese enterprises down even lower.

Citing legal expert, the Wall Street Journal said that the draft proves that the regulator aims to improve regulatory environment and provide more certainty for overseas listed companies to comply with domestic laws, instead of further decoupling from the global financial system.

American regulators have also strengthened the supervision of US-listed foreign companies, asking them to comply with US audit rules. If a foreign company’s audit work paper cannot be inspected by US regulators for three years in a row, then its securities trading will be banned. Since the policy was introduced by the then Trump administration in 2020, some Chinese companies have rerouted to Hong Kong for initial public offerings or secondary listings to reduce risks.

In the draft rules, CSRC reiterated that it will continue to cooperate with overseas counterparts on cross-border securities supervision, but pointed out that companies need to obtain the approval of it before cooperating with the investigations of overseas regulatory agencies.