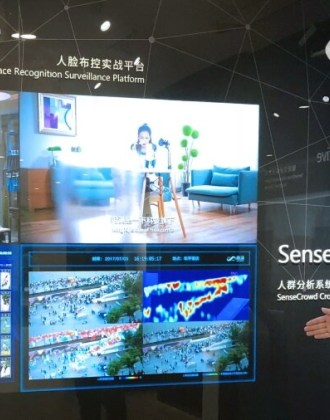 SenseTime, together with Megvii, CloudWalk, and Yitu, has been dubbed one of China's four "AI Dragons.

On Friday, the pricing of SenseTime's stock offering in Hong Kong did not take place as scheduled, due to the news that the IPO-bound Chinese AI unicorn had been added to a trading blacklist by the US.

The US Treasury Department confirmed on Friday that it had decided to place SenseTime on a list of "Chinese military-industrial complex companies”, banning Americans from investing in the company.

SenseTime's Beijing subsidiary is already on the Entity List, which was initiated by the Trump administration to prohibit selected Chinese companies from purchasing American products or importing American technology without special permission.

The Hong Kong stock exchange on Thursday sent a formal inquiry to SenseTime, and the company is working on answering the exchange’s questions, Wall Street Journal reported, citing people familiar with the matter.

In its IPO prospectus, the Chinese AI unicorn said that the Trump administration's ban does not "apply to other group entities that are legally distinct" from its Beijing unit.

Although SenseTime has scaled down the initial public offering from its previous target of US$2 billion, at the high end of its current range, its valuation will reach approximately US$17 billion, making it the largest AI company on the Hong Kong market.

Founded by a group of professors at the Chinese University of Hong Kong (CUHK) in 2014, SenseTime is one of the world’s largest and most valuable facial recognition and computer vision startups. Its monetization channels include selling the smart city, surveillance, and self-driving driving applications to governments and companies.

SenseTime, together with Megvii, CloudWalk, and Yitu, has been dubbed one of China's four "AI Dragons." So far, the firm has raised a whopping US$5.2 billion in 12 rounds of financing. Its biggest outside shareholders include SoftBank Vision Fund and Alibaba’s Taobao.

The tech competition between China and the US is ramping up, especially in key areas such as 5G and AI. Citing experts, Global Times said that China's development in the AI sector has been catching up quickly with the US, especially in the application of the technology, which has been successfully applied in more industries in China.

Biden is planning a $330 billion package to rev up the US's investment in R&D, having noted its strategic competition with China is nothing less than a battle to "win the 21st century".