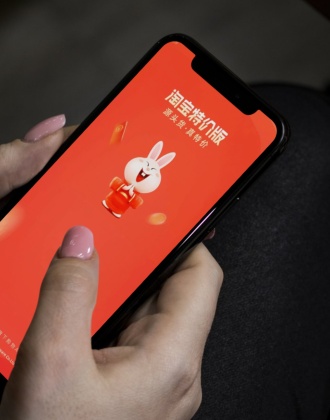 As Pinduoduo's biggest opponent, Taobao's spinoff Taote will be waning the social e-commerce giant's edge after gearing up some WeChat features that once helped the latter rise.

Taote, a cost-efficient e-commerce platform spun off from Alibaba's Taobao, has begun its integration of Tencent's payment method WeChat Pay. According to Chinese tech blog 36kr, many Taote sellers are now signing "diversified payment agreements," with the hopes of adding WeChat Pay as a payment option by the end of the month.

The move signals one of many collaborations yet to come between Alibaba and Tencent amid China's anti-trust campaign.

China's Ministry of Industry and Information Technology (MIIT) previously proposed standards requiring all platforms to stop blocking each other's links. Industry moguls such as Alibaba, Tencent, ByteDance, Baidu, Netease, and others were ordered to remove their link-blocking mechanism. Regulators have also urged these companies to increase their collaboration and connectivity to build a better cyberspace for all.

Both Alibaba and Tencent showed their obedience to the anti-trust campaign by saying they welcome and encourage collaboration across platforms.

Taote or Taobao Te Jia Ban, which roughly translates to "Taobao's special deals edition," was officially launched as a standalone app in March last year, marking Alibaba's ambition in China's lower-tier markets as Pinduoduo being the first to eat up the portion.

Lower tier markets have become the new battleground for commerce since consumption growth in China's first and second-tier cities slowed as the market became oversaturated. In contrast, consumption in China's smaller cities is expected to triple by 2030, according to a Morgan Stanley report.

Thus, it is imperative for Alibaba, the long-standing king of China's e-commerce scene, to expand in these markets vigorously given its late start comparing to Pinduoduo.

Tencent initially invested in Pinduoduo in 2016 and remains its second-largest shareholder to this day. Pinduoduo's phenomenal growth largely attributes to Wechat's traffic. According to a research report by Sinolink Securities, WeChat helped channeled 50% of Pinduoduo's traffic from 2017 to 2018, while Taobao and Tmall only had 15%.

Pinduoduo also appears in the Shopping & Entertainment section inside WeChat. The mere existence of this entrance is extremely valuable — Pinduoduo priced it as a 2,852 million dollar intangible asset in its prospectus, according to a report by AIcaijing.

Given the "walled gardens," it is needless to say none of Alibaba's apps benefited from WeChat's traffic, which gives Pinduoduo an edge over Taote. But that's about to change — with Taote adding WeChat Pay and also applying to launch a mini-app inside WeChat.

With the advantage of steady traffic likely being waned in the future, Pinduoduo's prospect looks dim.

According to Hendrik Laubscherger, founder of Blue Cape Ventures and former contributor of Forbes, Pinduoduo is an "unsustainable business model" with Tencent being the "kingmaker and breaker" since Pinduoduo is dependent on a steady stream of traffic from WeChat and has not organically acquired and retained customers, resulting in a possibly unpleasant future if the traffic flow runs dry.

And the market is not oblivious — When WeChat announced it had chopped link-blocking, Pinduoduo's shares dropped 6%.