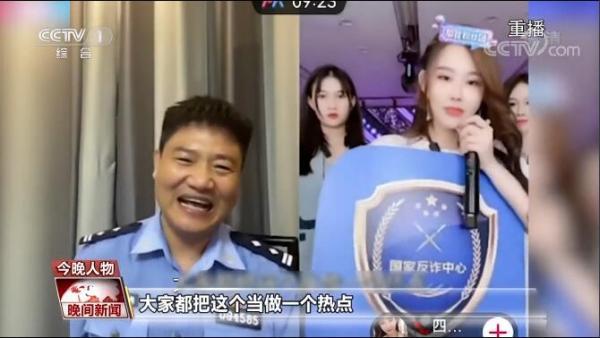 Leaving the old image of forced installation behind, the National Anti-Fraud Center app developed by China's MPS is trying all kinds of guerilla marketing tactics to help people avoid scams.

Recently, the hashtag "how amazing is the national anti-fraud app" became trending on Weibo. The hashtag content was about an elderly citizen calling the cops to vent that the anti-fraud app keeps bugging him about potential scammers every time his son calls him.

But the story ended with a weird twist: the cops went to investigate the issue and eventually round up a group of scammers, including the elderly citizen's actual son.

That one is just one of the tens, if not hundreds, of weirdly exciting stories about the official National Anti-Fraud Center (国家反诈中心) app, developed by China's Ministry of Public Security to help people avoid getting scammed. Interestingly, the app's promotion efforts demonstrated some of the most aggressive and diversified guerilla marketing tactics that Chinese netizens have seen. "The promotion seemed 'uptight' at the beginning," said one person who recently installed the app, "but then it became all too funny."

In one community in Ningbo city of Zhejiang Province, the local police department promoted the anti-fraud app by putting up a large red banner that half-jokingly, half bitterly says: "In March, several local ladies thought that click farming could make them money, but instead got scammed for more than 20,000 RMB. Come on, it's the year 2021. You still believe click farming is profitable? Well apparently some did."

In a groceries market in Hangzhou, local citizens were surprised to find out that the chicken eggs they were handed with were props and had printings on the shell that said: "internet scamming is so rampant, even this egg is fake."

Also, in Hangzhou, the police deployed SWAT teams onto the street--not for catching bad guys though--but forgiving those who have installed the anti-fraud app onsite an opportunity to take pictures with them. Meanwhile, in Shenzhen, police allowed citizens to pet their K9 unit dogs if they agreed to scan the QR code and download the app.

Such trivially petty but clever propaganda material and methods were all used to revamp the promotion of the national anti-fraud app, which was once accused by the public and media for forced installation earlier this year and late last year.

And let's not jump to the conclusion that the forced installations have stopped because they have not. However, the nationwide promotion has indeed focused more on providing some form of benefit to passersby. For instance, in the Shenzhen location of Super Wenheyou, the massively popular fried snack restaurant where long waiting lines are constant, local police were able to negotiate with the owners so that diners registered on the anti-fraud app or are willing to download onsite can jump the line immediately.

The marketing tricks only become even funnier online. Chen Guoping, an anti-fraud task force officer from Haigang District, Qinhuangdao, Hebei Province, recently became a viral figure on live streaming platforms like Douyin and Kuaishou often barges into other popular stream and live "duets" with streamers to promote the anti-fraud app.

The entertainment factor is that Chen's counterparts become visibly shocked when they see a serious-looking policeman show up in their streams. Netizens jokingly commented that "those who haven't dueted with Lao Chen (an intimate nickname) are obviously not famous streamers," or "months of promotions by the front line workers across the country can't compare with one evening's live streaming with Officer Chen." On Sep 3, Chen hosted 3 streams adding up to 6 hours, with an accumulated viewership of 80 million people.

Netizens' jokes might be true, since data from Sensor Tower, a mobile market analyzer, showed that the National Anti-Fraud Center app jumped into the top 10 of the global App Store download ranking in August, one rank higher than Taobao.

Developed by the Criminal Investigation Bureau of China's Ministry of Public Security, the National Anti-Fraud Center app was published in March this year. The app can be logged in via phone number, WeChat, QQ, or Weibo accounts and can provide users with more localized scam detection and avoidance information based on users' location.

The incoming call screening feature of the app is what resulted in the apprehension of the elderly citizen's scammer son. With the boost of big data, the app compares incoming calls and messages with a database of known scammers. Rather than a mismatch in the case above, the elderly citizen's son turned out to be an actual scammer and led to the entire group's apprehension as well.

Besides screening calls, the app also implemented other sophisticated features to help users avoid scammers. For instance, let's say that Joe received a call or text to notify him of a big prize that he just won, but the other party seemed sketchy. He can put the phone number into the anti-fraud app's ID verification feature. The system will notify the other party, requiring them to download the app and complete a facial recognition verification.

Let's go one step further, and say that the other party is so bent on scamming Joe that they completed the verification, and all seemed fine. Now they are moving on to providing a bank card number, a WeChat account, or a webpage for Joe to wire the "necessary fees." Joe can also use the anti-fraud app to see if that information the other party provided is a high risk or known to be associated with scammers as well.

Users can also report scammers within the app to add their information, including the type of scams, location, associated phone numbers, apps, social media accounts, and websites, to the database.

Ultimately, whether the app works or not on the personal level is determined by the person's awareness of internet scams that are rampant these days. Data from the Ministry of Public Security shows that authorities across the country cracked more than 114,000 cases of internet scams between January and May this year. During the same time, close to 8 million people were deterred from being victimized by internet scams, the potential loss of which could amount to roughly 100 billion RMB.