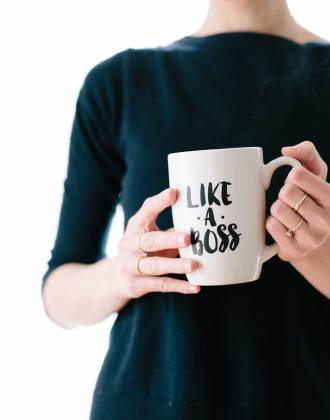 Chinese big tech firms rush in a battle for fresh graduates as Chinese youth run away from it to reject 996 life.

Chinese tech giants are battling in a war for fresh university graduates as more and more Chinese youth are frustrating with the exhausted 996 wolf culture and run away from big tech giants.

TikTok owner Bytedance got ahead of other Chinese tech giants to kick off its campus recruitment season on July 8, two months earlier than the typical calendar. Following Bytedance's early action, almost all Chinese tech giants have each launched their massive campus recruitment season for 2022 in the past two months, snatching young talents to keep up a high level of output in order to maintain innovations and control costs.

Chinese e-commerce giant Alibaba offered 45 entry-level positions to fresh graduates in what it describes as the group's largest-ever recruitment program for new graduates.

Local service and food delivery giant Meituan is looking to hire as many as 10,000 new graduates to join the company in 2022, which is a significant increase from the 3,000 campus positions of the previous year's target. At the same time, JD.com stated that the number of new graduates filling campus positions in 2022 would be 30% higher than this year.

Chinese internet giants are in collective anxiety and hunt for young and energetic fresh graduates as a large amount of Chinese youth choose living happy and balanced life rather than struggling with 996 life of working 9 a.m to 9 p.m, six days a week, exceptionally long working hours adopted by most internet companies in China.

In 2020, a survey by career and social networking platform Mai Mai found that information technology and internet industry got third lowest scores in workplace happiness and job satisfaction among all the professional industries in China; high-stress environment, long working hours, insufficient work-life balance, and anxious colleague relationship are the primary reasons to cause IT and internet industries ranking low.

Fed up with a culture of overwork, skyrocketing KPI, intense workplace competition, many Chinese youths are running away from big Chinese technology companies to express their frustration with the lack of healthy working environments and low hours-worked-hours paid ratios.

"I have never stopped worrying since my first day of entering into the industry. Organzing group meeting, meeting with clients, picking up late night calls from my client and boss are daily routine of my life, my health condition was getting worse," said Kevin Zhang, a senior engineer who once worked at an online gaming giant NetEase for more than four years.

Kevin had no choice but left the Hangzhou-based online gaming giant and joined a smaller internet company to find a balance between work and family.

"The feeling of anxiety vanished once I left NetEase, I satisfied with my life right now despite current overall salary package is smaller than before," Kevin Zhang said.

Internet companies are getting more prominent in business size and scale, employee size, and operating profit. Huawei, Alibaba, Bytedance, JD all hired more than 100,000 employees, while Meituan will add 60,000 new jobs to grow its community group-buying business and achieve the employee number of 100,000 people.

While Chinese big-tech companies saw a dramatic increase in the number of employees, Chinese youth are growing more aware of the dark side of big tech's culture that sacrifice employee's personal benefit in exchange for efficiency and outcomes.

Many Chinese youths are lying flat to reject 996 life and "involution," a trending term that describes the phenomenon of putting massive resources and efforts into a thing that results in low productivity or intense inner competition within the organization.

Lying flat is a passive life attitude that includes unwillingness to join the big and profit firms with higher salary packages, get married, have children, and purchase a home or car. Instead, these Chinese youth embark on a casual and relaxed lifestyle with a minimum paid to maintain a basic living.

Given that the ongoing antitrust investigation by Chinese regulators hit the Chinese big tech firms, analysts consensus that Chinese companies' rapid and savage development will soon end. Instead, China's internet industry will enter the era where big tech companies must replace the dark, cold, and money-oriented culture with more humanized culture. Otherwise, these big tech firms will undergo the by-product of exploiting people.

Chinese tech companies are known to prefer young workers in order to keep up pace with rivals and squeeze profit.

Tencent Holdings already kicked off its largest-ever recruitment campaign last year, with the goal of hiring 42% more new graduates in 2021 than 2020. Meanwhile, the Chinese social network and entertainment giants started to eliminate "elderly" non-management employees born in the early 80s.

In order to lure Chinese youth, Chinese tech giants are compensating employees with more guaranteed packages, convincing them this high-stress and high-paid work environment is still the best workplace to strive for a better life.

Bytedance and Kuaishou canceled the "big and small week" overtime work schedule to allow employees to accompany their families. While Tencent and JD announced to raise annual pay for manager and tech staff.

In July, JD said it would increase average employee annual salaries from the current 14-months package to 16-months pay, representing a 14 percent increase on average.

Tencent said on July 14 that the group would reward 3,300 excellent employees with 2.4 million shares of an annual bonus worth CNY1.1 billion in total; each person can obtain CNY340,000 on average.

Photo by Brooke Lark on Unsplash