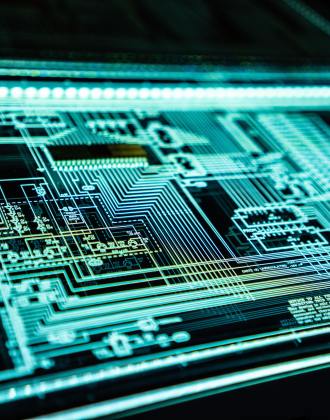 Chinese smartphone maker Vivo and OPPO have joined Huawei and Xiaomi in a semiconductor race to develop their mobile chips.

Amid the continuing trade and tech battle with the US, China pushes for self-sufficiency in chip-making.

Speaking on condition of anonymity, supply chain partners of Vivo said the Dongguan-based smartphone maker would soon launch its first mobile chip under the internet project named “Yueying,” and Vivo’s next-generation flagship phone, X70, could be the first model to equip the chips.

Despite all the information remains private, the supply chain partner said Vivo’s first self-developed chip is not an integrated SoC chip applied to the core, but an Image Signal Processor (ISP) that responsible for taking in the raw pixel data from the camera sensor and performing all the necessary steps to convert that to the final photo or video frame.

VIVO registered two trademarks under the names of “Vivo SoC” and Vivo Chip” in September 2019 when the company began to draw a blueprint for its self-develop chip project.

Back then, Vivo’s executive vice president Hu Baishan said Vivo started mapping out SoC chip design with a talent recruitment plan to build a team of 300 to 500 engineers soon.

While all remain in the early stages, Vivo’s drive aligns with Chinese government policy to boost the domestic semiconductor sector to reduce imports.

China’s production volume of integrated circuits reached an all-time high that surged 43.9% year-over-year to 30.8 billion units, according to data released by the National Bureau of Statistics.

In the first six months of 2021, China produced 171.2 billion IC units, which is also significantly higher (48.3%) than the same period last year.

OPPO has consistently expanded its research and development for chip designs over the past few years and established multiple subsidiaries related to chip designs, including Shanghai-based Zeku technologies and Jinshan Telecommunication Limited.

OPPO’s chip design remain in the early stages, and the company currently still relies on Qualcomm, MediaTek, and Samsung to design chips that power Oppo phones, but a project named Mariana, which OPPO unveiled in February 2020, showed the company is on track to become self-reliant in sourcing chips for its smartphone.

In an interview with Caixin, Liu Bo, president of OPPO China, said OPPO must become self-reliant in designing its own SoC chip and make these efforts is the crucial driving force for future growth.

Apart from Mariana Plan, OPPO also revealed the “Pantanar Plan” that involved software engineering and supporting global developers, and the “Amazon Plan” to build cloud services regarding software and hardware.

To mitigate the effects of the US ban that blocks semiconductor supplies to Chinese tech firms, Huawei has been developing the next-generation 3nm Kirin chip through its HiSilicon subsidiary.

Even with HiSilicon designing Kirin chip to give Huawei some breathing time, but the fact that key suppliers has refused to do business with the Chinese telecommunication giant means that the company will have trouble launching Kirin chipsets for its smartphones and tablets.

At that time, Yu Chengdong, CEO of HuaweiConsumer Business Group said that it’s been hard to produce new Kirin chipsets due to the sanctions applied by the U.S. on the company.

Huawei Technologies, which was once China’s largest smartphone brand, fell out of top 5 by smartphone shipments in the second quarter, according to latest statists from research firm Canalyst.

Huawei‘s market share were filled by domestic peers-Xiaomi, Vivo and Oppo, which ranked 2nd, 4th, 5th place with market shares of 17%,10% and 10% respectively.

The embattled Chinese telecommunication giant has not given up the semiconductor capability it built up over the past decade.

After losing its manufacturers TSMC, Huawei has moved some of its lower end chip orders to the Shanghai-based Semiconductor Manufacturing International Corp (SMIC), which currently does not have the capability to fabricate 7nm chips in mass volumes. The company is also reportedly to build its wafer fabrication manufacturing company in Wuhan, which is scheduled to start production in 2022.

China’s domestic semiconductor has seen a dramatic growth over the past few years as the government has been investing massive amount of capitals and issued tax incentives to support the home-grown chip companies.

In addition to tech giants , chip-related startups flocked into sector supported by government-backed capital and favorable policy. According to corporate information platform Tianyancha, the number of newly registered chip-related companies in China maintained 20% year-over-year growth over the past five years , it reached peak in 2020 with 22,000 newly registered companies, up 61% from 2019.