Faced with 500,000 yuan fine, Tencent Music Entertainment to give up exclusive label rights 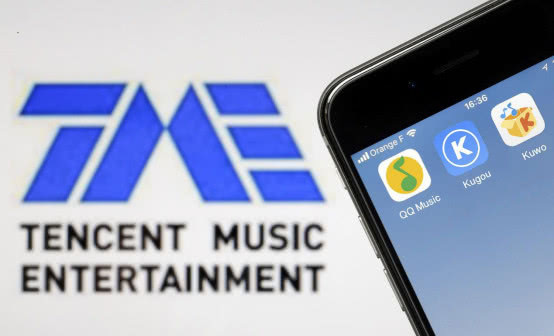 Tencent had already lost exclusivity with the global top 3 labels. Now more of its exclusive licenses with domestic and asian labels, as well as rights to music from popular reality shows, will be stripped away too.

SAMR stated that TME sat at over 80% market share after merging with China Music Corporation in 2016, gaining market dominance with the potential of securing more exclusive label licensing deals, or excluding competitors by paying high premium for the licenses.

The regulator ordered that Tencent must not sign any more exclusive label right agreements henceforth, and void all such existing agreements within 30 days, though deals with individual artists who signs directly with TME will be partially excluded from the order. SAMR did order, however, that exclusive partnerships with these individual artists must not extend beyond 3 years, while exclusive deals regarding new songs must not extend beyond 30 days.

Two weeks ago, TME launched an internal reshuffle by moving around some of its businesses, appointing executives from neighboring departments as new leaders, with the aim to conform to regulatory pressure.

An April report by Reuters suggested that Tencent Holdings was facing a fine as big as 10 billion yuan, and TME may potentially be required to sell some of its streaming platforms, including Kugou（酷狗音乐）and Kuwo（酷我音乐）, in order to give up market dominance on music streaming.

It is understood that TME had been petitioning the SAMR for a much smaller fine for that it is perfectly willing to follow through with the regulators. As for the aforementioned platforms, Tencent would not be required to spin them off to meet compliance.

With regard to the exclusive music label rights, the situation is more complicated than the SAMR order implies.

Essentially, TME had that exclusive rights for a long time. But several months ago, the exclusivity had dissolved greatly. Immediately prior to the order, Tencent already lost most of its exclusive rights with top western labels. This order would continue to strip away that with domestic and Asian labels.

In 2014, Tencent sued NetEase Cloud Music, one of its biggest rivals, for violation of its streaming rights by uploading more than 600 songs. That lawsuit started a chain reaction of streaming platforms suing and counter-suing each other, resulting in chaos that gained market watchdogs’ attention.

Although Tencent’s leadership in streaming music licensing began to chip away around that time, the company made up by merging its music business units with China Music Corporation, which owned Kugou (formerly market leader) and Kuwo (3rd in market share), in 2016, forming what later on became TME. These turns of events can be seen as Tencent’s effort to relinquish exclusive rights and comply with regulators, while reasserting its former intention to dominate the market.

Competitors have long been calling for the prices of music label licensing to drop. NetEase’s founder and CEO William Ding once said that the price is 2 to 3 times over the rational level, to the point that competition had been severely hindered. While not pointing fingers, Ding is referring to Tencent and subsequently TME paying large sums to secure exclusivity.

The February 2021 closure of Xiami Music, a niche music streaming platform and social network owned by Alibaba, brought even more public and regulatory attention to TME, as it would seem like even Alibaba can’t fend off Tencent. Rumors began to float that TME were facing antitrust investigations. (Meanwhile, Tencent itself is indeed the target of many recent antitrust investigations that revolved around its acquisitions of shares of other Chinese internet companies, like Xiaohongshu, Sougou, or Cheetah Mobile.)

NetEase was eventually able to sign licensing deals with Warner and UMG in 2020, and then with SME in May this year, breaking TME’s blockade to top global labels.

With SAMR’s new sweeping order, it’s lto be expected that all of those aforementioned exclusive rights would be stripped away from TME, resulting in a level of market competition and platform freedom for users that is never before seen.

This is especially good news to the likes of conventional competitors like NetEase and potentially Alibaba, and also emerging challengers in the streaming music and music social networking scene, including ByteDance and Kuaishou.

Tencent sources indicated that while the order takes away short term platform safety, the company generally sees the new order as a clear and good move towards open competition on the market. And they are particularly comforted by the final amount of the SAMR fine, which definitely doesn’t impact the business operation as much as the previously reported billion number.