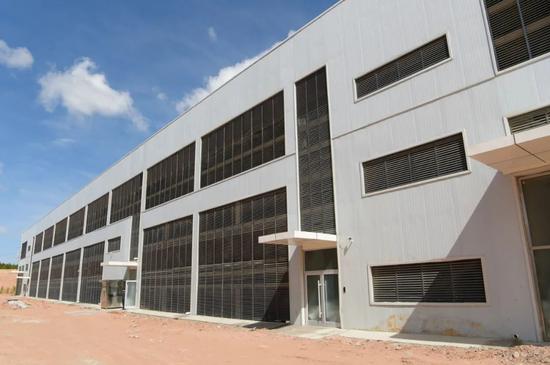 Most see hash rate moving out of China as positive in the long run.

As China has expanded its crackdown on crypto mining, Chinese miners lost their last hope. Moving crypto farms overseas or giving up is a choice they need to make straightway.

The municipal authorities of Sichuan Province, one of China's largest crypto mining bases, placed a ban on mining last Friday, following similar steps taken by regulators in other major mining hubs in northern and southwestern China. It means that, at least in the short term, more than 90% of China's bitcoin mining capacity is estimated to be shut down.

Two days after the document was issued, all mines in Sichuan were cut off. The sudden chill extinguished some miners' final expectations. "Previously, we believed that for environmental protection considerations, the regulators would only prohibit mining in areas where electricity is mainly supplied by fossil fuels and be merciful to green energy-enabled mining," a miner from Sichuan, which is rich in hydropower resources, shared his thoughts in a social media group.

Although the rural areas of Sichuan are inconvenient and economically underdeveloped, they have a large number of dams. In many cases, the local power plants produce more hydroelectricity than the local grid can absorb. For some local governments, crypto mining constitutes a win-win situation that the mines can consume excess electricity and generate revenue and create jobs for them at the same time.

"We just put all the equipment into use and the rainy season is about to come. Suddenly the policy drops, leaving us no time to quit," said the Sichuan miner. "Now we have to sell most of the mining hardware to cover some of the losses."

On Xianyu, a second-hand marketplace under Alibaba, posts about the resales of batches of "near mint" 2nd hand graphics cards are growing. According to market research firm JRR, about 700,000 graphics cards flowed into the hands of miners in the first quarter of this year, accounting for 25% of the total shipments in the quarter, or about $ 500 million.

Then, to rub salt in the wound, China's central bank on Monday ordered financial institutions like state-owned banks and Alipay to launch thorough checks on clients' accounts to identify those involved in crypto transactions and promptly cut their payment channels.

Battered by a stream of headlines out of China, the price of Bitcoin has once again fallen sharply since last week and briefly broke below $3,0000 on Tuesday. Meanwhile, other altcoins, including Ethereum, Polkadot, and Chainlink, have witnessed even deeper plunges.

Most of the early miners have made a fortune. Some large mines have either been deployed overseas or are moving overseas, a person who has been involved in crypto mining for more than five years told PingWest. "Miners who have just joined the crypto world this year are not blessed. After Bitcoin broke the all-time high of over $60,000, the price has slipped all the way and is now almost halved."

In a social media group where miners exchange information, some people claim that they can help buy overseas mines and guarantee them to be put into operation in about 25 days. "The opportunity is limited, first come first served," wrote the ads.

Some countries are opening their arms to Chinese miners as the exodus is ramping up. Currently, institutional miners are mainly eyeing the US, Kazakhstan, Canada, and Russia as top four options, Wu Blockchain said.

SOS Limited, an NYSE-listed Chinese mining firm, announced on Monday that it had reached an agreement with the US-based Niagara Development LLC to set up a joint venture company in Wisconsin to handle crypto mining.

"In response to the development of laws and regulations related to China's blockchain business, SOS has begun to transfer its Bitcoin mining business to the US," the company said in the press release.

Texas and Miami also put themselves forward as feasible places to set up shop in an attempt to attract crypto miners from China.

Except for BIT Mining, other miners are also switching to the Central Asian country. "That was (a) crazy week. KZ overall had 200MWt spare capacity and all was booked in a matter of weeks. Further expansion will require new power plants," the director said in his latest tweet.

Paraguay, a South American country, also joined the campaign of wooing Chinese miners. Congressman Carlos Rejala retweeted a video of Chinese miners shutting down the hardware, saying, "waiting for all of you in Paraguay." The man plans to present a bill to attract international mining companies and other crypto businesses.

But none of them can perfectly replace China. "There seems to be a 25% punitive tariff on goods from China, and the cost of infrastructure in the US is 5-6 times that of China. Kazakhstan and Russia have inadequate business environments and are prone to policy risks. Hydropower facilities in Canada and the Nordic region are insufficient," said Wu, adding that going overseas is just the alternative plan for more prominent players.

Prior to this, China accounts for about 65% of the world's bitcoin mining. "Longer-term most see hash rate moving out of China as positive but in the near term may have/has already resulted in inventory sales," Jonathan Cheesman, head of over-the-counter and institutional sales at crypto-derivatives exchange FTX said.

The clampdown helped ViaBTC temporarily become the world's largest bitcoin mining pool. Its founder Yang Haipo said that its mining pools and other businesses have begun to firmly take the international route and de-sinicize for over two years.

Although the mining of Bitcoin and some major altcoins have to be moved out of China, the computing power of Chia Network and Filecoin, which claim to be more environmentally friendly protocols, has not been affected. "Their computing power is continuing to rise, and some Bitcoin miners may switch to them," Wu wrote.

China, which is actively embracing blockchain technology, has always been tough on crypto tradings. It shut down local crypto exchanges in 2017 and, that same year, banned so-called initial coin offerings (ICOs). But traders have continued to operate on the Chinese mainland through exchanges that have moved offshore.

Data tracked by ByteTree Asset Management shows the number of coins held by the US and Canadian closed-ended funds and Canadian and European exchange-traded funds (ETFs) fell to 782,558 BTC (worth $28.72 billion) on Friday, the lowest since Feb. 25.