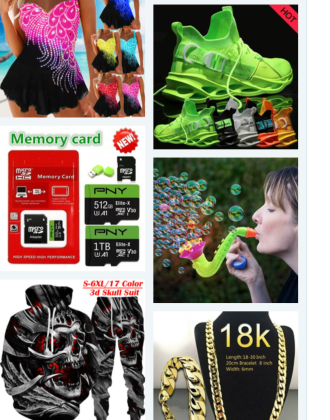 A new class-action lawsuit alleges global mobile e-commerce company ContextLogic misled investors with artificially inflated vital metrics. And behind the chaos lies the fact that Chinese sellers are giving up the platform.

ContextLogic Inc, the parent company of the e-commerce platform Wish, recently was struck by a class-action lawsuit, which drove the company's stock price to sink deeper. What's worse, many Chinese sellers are also giving up the platform in search of better overseas business expansion options.

The Thornton Law Firm, which filed a lawsuit on behalf of investors, issued an announcement on May 21 saying: "By overstating its then-present monthly active users and monthly active user growth trends, the company and executives made misleading statements to investors about the strength of its business operations and financial prospects."

Benefiting from the COVID-19 pandemic, the online economy, primarily e-commerce, witnessed explosive growth, but Wish is one exception. The company's monthly active users (MAUs) have shrunk for two consecutive quarters. In the first quarter of 2021, its MAUs fell by 7% year-over-year, and in the fourth quarter of 2020, MAUs dropped by 10% year-on-year.

"Due to the logistics challenges the company faces, our advertising expenditures in some emerging markets have decreased," the company explained. Sales and marketing expenses accounted for 60% of revenue in the first quarter of 2021, a cut of 10 percentage points from the previous quarter.

It seems to prove that the company's user growth is overly dependent on advertising and marketing rather than relying on the sustainable development of its own business. The market is pessimistic about the company's prospects that went public in December last year, causing its stock price to fall under $8 per share, far below the issue price of $24.

Some Chinese sellers are more sensitive than the market and have reduced their devotion to Wish or even left once the pandemic outbreak occurred in the first place. 94% of sellers on Wish are based in China, Marketplace Pulse previously estimated.

Fiona, a Chinese seller who has been running a store on Wish for three years, told PingWest that she decided to leave the platform because the order volume was nosedived. "Wish did a lot of marketing before going public. At that time, my store was able to get a considerable amount of orders everyday, but then as its marketing budget reduced, my daily order volume plunged, less than one-third of the previous period," she said.

With the pandemic outbreak, shipping costs have skyrocketed. For the bargain-hunting marketplace like Wish, higher cost also means less attractive for price-sensitive customers.

The lack of experienced self-owned cross-border shipping and warehousing solutions brought a blow to Wish in the global health crisis.

"Delivery time is roughly at the lowest level in history, with an average of 3 weeks," Peter Szulczewski, CEO of Wish, told on the earnings call. "Because we still drop shipping the majority of our order volume from China to the rest of the world, and when flights went down last year, that significantly hurt our ability to ship items."

For competitors such as Amazon, AliExpress, Shopee, etc., their own developed logistics systems and warehousing solutions have stabilized their delivery during the epidemic, so their growth is more steady. "There is only a dead end when you sell something more pricey than others and the logistics experience is poor," the seller said, adding that she will focus more on managing stores on Amazon and AliExpress.

The platform has aroused many complaints among Chinese sellers because of "unreasonable penalties. " A seller with nearly ten years of experience in cross-border e-commerce told PingWest that solely in May last year when the first wave of coronavirus hit the world, every day he received around 20 fines for unfulfilled delivery, at the cost of $6-$8 per order. "I should not be fined for logistics delays, this is an irresistible force caused by COVID-19," he said. Now the seller has also degraded adherence to Wish and enhanced focus on its rivals because he believes that the latter is fairer and can better protect the interests of sellers.

Before this, Wish frequently imposed high penalties on sellers on the grounds of "misleading products." Still, the sellers insisted that the penalty was unreasonable because the pictures and information of their products were released after being reviewed by the platform. They sought an explanation from Wish's Shanghai branch but failed, making the company's reputation sharply drop among sellers.

"We even joked that in the cross-border e-commerce sector, sellers on Amazon, AliExpress, and eBay are the coziest, and sellers on Wish are the most miserable," said the seasoned merchant.

Although the company's stock price has down to the trough, the management insists that they are confident to make the right strategic decisions to achieve long-term business growth. "Once we have more reliable logistics services, we can generate favorable economics," CFO Raj Bahri said. The company's investment in self-operated logistics has achieved initial results, with logistics revenue increasing by 338% year-on-year to $245 million.

The San Francisco-headquartered firm said it'd taken steps to diversify its merchant base geographically. In terms of getting merchant partnerships outside of China, that increased 351% year-over-year, said the CEO.

The Internet retailer reported revenue of $772 million compared with $440 million last year. Still, the loss almost doubled from the same period last year, climbing to $128 million, which worsens than the consensus estimate.