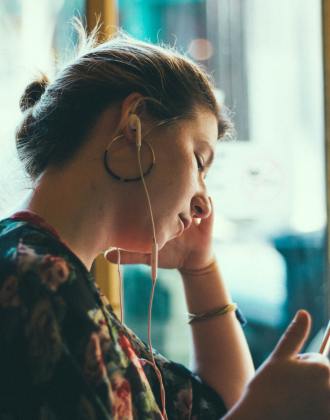 NetEase Cloud Music, which plans to go public on Hong Kong Stock Exchange, will be the beneficiary of China’s latest antitrust crackdown on the online music streaming service sector.

After NetEase Cloud Music announced its IPO plan, the domestic online music sector is reported to be China's latest crackdown on monopoly practice. Chinese officials vowed to investigate Tencent Music Entertainment (TME) and its affiliated music streaming services on the exclusive licensing agreements with major music companies as well as improper disclosure of past acquisition and investment for antitrust review.

Liu Xu, a researcher at the Intellectual Property and Competition Law Research Centre at Tongji University in Shanghai, said that TME might sell some of its music units, such as Kugou and Kuwo, if authorities validate its monopoly practices.

"Based on China's anti-monopoly law, antitrust authorities can order companies to dispose of equities and other aseets," Liu Xu added.

Additionally, NetEase Cloud Music is dwarfed by TME in terms of user bases. NetEase Cloud Music revealed that 181 million users actively use the service at a monthly basis. By comparison, TME, which operates popular apps QQ Music, Kugou Music, and Kuwo Music, combined 615 MAUs in the first quarter of 2021.

NetEase Cloud music lost out in the battle over music content right to Tencent, the three music units of TME combined account for 71 percent of China's online music market.

China's major music streaming operators have started to compete fiercely for exclusive music rights since 2015 when Being authorities introduced several policies designed to crack down on pirated music.

TME had made a heavy expense to sign exclusive deals with the big three for years, which gave it a competitive advantage over NetEase Cloud Music and squeezed out smaller rivals.

TME would then transfer some of the music rights to competitors, including NetEase Cloud Music. Still, it kept exclusive rights to some of the most influential pop stars, such as Jay Chou, which led to lawsuits between the different platforms over alleged copyright infringement.

In 2018, TME filed a lawsuit against NetEase Cloud Music over the unauthorized copyright of Jay Chou Music.

In addition, licensing songs from TME was twice as expensive as licensing directly from major labels. The unfair practice has led to the deaths of less popular players. Alibaba-owned music streaming app Xiami had ceased operation in February; Xiami highlighted in a statement that it missed opportunities to sign major copyright deals that eventually led to its failure.

"Major online music operator scramble for exclusive music rights, which has pushed up the content costs to insanely high levels. We have been overpaying the content cost twice, even three times than licensing music directly from label companies. This is such an unfair practice." NetEase chief executive William Ding said in a statement.

TME's dominance and monopoly practice has caught the attention of Chinese regulators.

In 2017, China's National Copyright Administration summoned TME about this unfair set-up before Beijing's recent crackdown on its business.

In January 2019, the State Administration for Market Regulation launched an antitrust investigation into TME over its exclusive deals signed with the world's biggest music labels. Although the inquiry was suspended a year later without further explanation, TME compromised to re-license songs to ByteDance, operator of hugely popular short video-sharing apps Douyin (TikTok).