Anker plans to focus on Chinese market as yuan surges 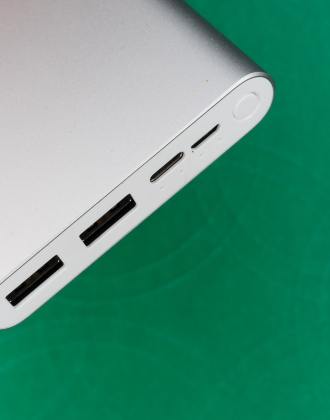 Anker, the maker of some of the world's most popular power banks and charging accessories, had never won the Chinese consumers' hearts. Though the Shenzhen-based fgadget brand now plans to boost its sales in China. The reason behind the shift of focus is said to be the rapid rise in the yuan's value. The stronger yuan has threatened China's commodities to be more expensive in foreign markets, thus bringing down its gross profit margin.

Being one of the most sold power bank brands on Amazon, Anker was somehow unfamiliar to many Chinese consumers mainly because this Chinese brand targeted overseas markets before and remained a low profile at home until recently.

Last week, Anker's CEO Steven Yang said in a press conference that his company aims to more than quintuple domestic sales soon as part of its growth strategies to align with a government initiative called "nurturing of Chinese domestic labels."

"China is accelerating the pace of restructuring and upgrading its industrial sectors, encouraging brand innovations related to domestic consumptions. We can see Chinese young generation are more and more confident in domestic brands and labels, which present us a good signal and opportunity to deepen and expand our investment into domestic market," Yang said.

In 2020, Anker booked total revenue of 9.35 billion yuan, of which domestic sales only account for roughly 2%.

"We are not doing well in domestic market. We have a long way to go compared to other electronic brands whose Chinese businesses contribute at least 15%-20% of their total revenue," Yang added.

Anker's foray into the domestic market came against the backdrop that China's yuan has strengthened to a near three-year high, driven by a depreciated U.S dollar and the official's intention that a stronger yuan could help offset rising commodity prices and prevent imported inflation.

However, the strong yuan appreciation could pose downward risks to Chinese exporters and cross-border platforms as it has boosted Chinese exports' prices and undermined their competitiveness.

According to a WangJingShe report, eight publicly traded cross-border e-commerce companies have a combined net loss of CN3.76 billion.

Only Anker Innovation, Light In The Box Limited, Lianluo Interactive, registered net earning, other fives were loss-making in 2020.

Despite the concerns that the yuan's appreciation reduces the price competitiveness of Chinese exported goods, many analysts have predicted that the yuan will continue to strengthen this year because of its yield advantage over the U.S dollar, and China's exports benefit from fast economic recovery given the fact the pandemic situation in other Asian countries continued to worsen.

"China will evolve into a consumption-driven economy, which means they don't have to keep an undervalued currency like a typical emerging export-oriented economy. Beijing is already shifting towards this new model, which means they see a fundamentally stronger currency as more beneficial than harmful for the economy," said Ju Wang, a Hong Kong-based senior FX strategist at HSBC. "

Seeking more funds and higher valuation, some Chinese companies that expanded overseas are accelerating their homecoming returns. Technology giants like Baidu have already finished their secondary listing on homeland exchange earlier this year.

At the press conference, Anker also revealed that it cooperates with Xiaomi affiliated -Xiaomi Youpin on developing electronic products for domestic consumers. A new tailor-made electronic product is scheduled to be released in the upcoming third quarter of this year.

Established in 2011, Anker started as an online shop selling portable batteries and chargers on Amazon.

Yang got his business ideas from an online browsing experience that he tried to sell an old laptop battery for his wife. However, he couldn't find a new battery from a third-party supplier with good enough ratings and a budget price after searching on Amazon. Instead, Yang was dealt with paying extra money for a battery that cost nearly 100 bucks from big-name brands like Apple and Samsung.

With this problem in mind, Yang tried to find suppliers in China to manufacture good quality products and sell them for USD40-50 each on Amazon. Anker has quickly filled the gaps left by smartphone manufacturers; the company sells similar products of near-identical quality for USD20 cheaper.

Similar to Xiaomi, Anker has later diversified and expanded its product offering into categories like headphones, speakers, and smart home devices after years of fast-growing,