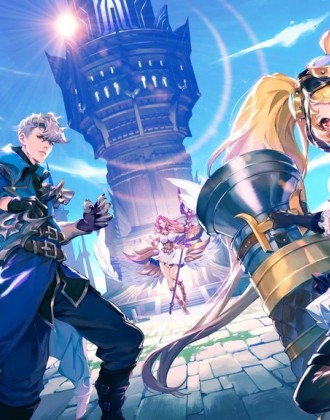 As a competitor of Tencent's cash cows Honor of Kings and League of Legends, MLBB is the top grossing MOBA in Asia in 2019.

It signals that ByteDance is likely to bring disruptive competition to Chinese gaming giant Tencent in the overseas market, as it's beefing up investments and offerings in the sector.

"Through cross-team collaboration and drawing on lessons and insights from its own rapid growth, Moonton provides the strategic support needed to accelerate Nuverse's global gaming offerings," ByteDance said in a statement.

Yuan Jing, CEO of Moonton, issued an internal memo, saying that the company would maintain independent operations after the acquisition. "By integrating Bytedance's overseas operation experience, we will jointly develop the global game market," read the memo.

Founded by an ex-Tencent employee, Moonton is the developer of Mobile Legends: Bang Bang (MLBB), one of the most popular multiplayer online battle arena (MOBA) games in Southeast Asia, a region with a combined population of 650 million. Previously, Tencent had bid for Moonton but failed.

As a competitor of Tencent's cash cows, Honor of Kings, and League of Legends, MLBB was the top-grossing MOBA in Asia in 2019. Sensor Tower's report showed. According to Newzoo's data, from January to July last year, 44% of SEA gamers played MLBB.

The acquisition of Moonton is undoubtedly a solid choice for ByteDance, which has not made breakthroughs in creating sophisticated games since it announced its entry into the sector.

"Although casual games like My Kung Fu Special Cow have won the favor of users, ByteDacne still expects to create more exquisite games, even hardcore games," an employee of ByteDance's overseas game business told PingWest, "there has not been any significant progress since the acquisition of Shanghai-headquartered gaming startup Mokun in 2019. After all, phenomenal titles always require long-term investment."

ByteDance now reportedly has a team of over 2,000 staffers, scattered over its offices in Beijing, Shanghai, Hangzhou, and Shenzhen.

Led by ByteDance VP Yan Shou, Nuverse positions itself as a game development and publishing company for players and developers worldwide. "We are dedicated to serving gamers worldwide by offering top-tier games, building a global community, and providing fun and inspiring experiences," says the website.

For ByteDance, Moonton can make up for its shortcomings in the R&D of more intricate games. Meanwhile, the developer may be able to grab part of Tencent's cake by leveraging TikTok's huge influence.

With the support of vertically integrated content, tournaments, and offline and online distribution channels, Tencent is the dominant force in China's e-sports and governs e-sports in SEA. In the recently announced 31st SEA Games event, only two of eight games were not affiliated with Tencent.

However, Moonton is likely to provide a powerful opportunity for ByteDance to access the market via MLBB's broad player base and existing SEA e-sports partnerships. Then, with the sound support of TikTok, the most-loved short video app in SEA, Nuverse is probably to push more e-sports content into the region.

MLBB tournament is the most-watched esports event in July, beating out its own record of over 700,000 viewers in June, according to an IGN Southeast Asia report in August last year. PUBG Mobile World League East ranked second, attracting 720,000 viewers, followed by Arena of Valor Premier League with 670,000 viewers.

As of the end of 2019, SEA's e-sports game users were only slightly less than 30 million, increasing 22% over 2018. Given that the SEA gaming market will grow at a CAGR of 8.5% during the forecast period from 2020 to 2025 and the improvement of Internet infrastructure, e-sports will gain tremendous momentum in the region.