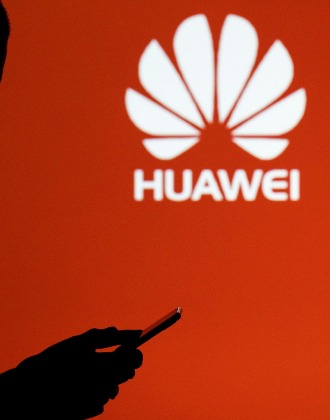 Improper management towards Chinese expatriate employees inside Huawei's European offices, including Switzerland and Germany, has attracted attention across Europe.

Despite the fact that Europe has a distinct workplace culture from the Chinese way, Huawei Europe still manages to push its double-edged "wolf culture" consisting of long-hour work schedule, extreme loyalty, and intense internal competition.

Although the report showed some former employees giving positive comments on the company, multiple sources accused their company of evading local labor departments' supervision and forcing them to work overtime. For female workers who are Chinese and planning or in pregnancy, some unfair treatments were also imposed.

Huawei's wolf culture is shaped as a kinship between employees and the company. Since Huawei advertises that it is employee-owned, the company, in turn, urges its "owners" to devote themselves and fight like wolves.

The report was released after several months of the investigation conducted by Netzpolitik and its media partners from the Signals Network, including The Daily Telegraph, El Mundo, and Republik. PingWest, while not being a part of the original investigation, confirms independently some of the claims made by the report through our Huawei sources across Europe.

In detail, the telecom giant isolates some of its Europe-based Chinese workforce from the local community, preventing them from taking root in Europe. Chinese staff sent to Europe are allowed to work in the same country outside of China for a maximum of five years, according to the Netzpolitik report and sources who spoke to PingWest.

It also appears that Huawei tries to not let the job opportunity become a venue for these employees to seek immigration as it will transfer them out of Europe "as soon as possible" once they are found seeking permanent citizenship of the EU, even when they marry EU citizens.

The employees who do not adhere to the guidelines and oppose a transfer have "broken their employment contract and must leave the company or its subsidiary," Netzpolitik’s report wrote.

In response, Huawei confirms in principle that such internal regulations existed. A spokesperson says that the company has no opinion on the private affairs of its employees. However, expats do learn in advance about the conditions of their foreign designation. "The employee must comply with Huawei's international assignment policy and the international assignment agreement signed by the employee" if there are conflicts between work life and the employee's private life, according to Huawei.

An employee who joined Huawei's Swiss office in the mid-2010s told Republik that after the company learned that he married his wife (who is a native European) in Switzerland and planned to have children here, he was asked to leave his current position. The human resources department director told him, "if you want to stay in Switzerland, just resign." Later, his boss informed him that he could also apply to transfer to an office outside Europe.

Additionally, Chinese employees must pay back part of their salaries when they go back to China or quit Huawei.

Trade unionist Ulrike Saabe describes to Netzpolitik and its media partners the narrow world in which Chinese expats move. "The Chinese who have their roots and family in China, who only come here to work, they are totally isolated."

996 by Chinese, for Chinese

The 996 working hour system is a work schedule commonly practiced by many top internet and tech companies in China. Its name stems from its requirement that employees work from 9:00 am to 9:00 pm, 6 days a week.

While that system is unofficially carried over to Europe by Huawei, it is not applied to all employees, but for Chinese expats only, both the Netzpolitik and PingWest was able to confirm.

Huawei’s manual shows that employees are required to work 40 hours a week from 9AM to 6PM (with breaks in between). But former and current employees who are Chinese expats said that they often worked longer than 40 hours and are forced into attending meetings late at night or on weekends.

The extreme working hour, which violated local labor laws, largely flew under the radar since the company forbids employees from clocking out. Non-Chinese employees, who remain both minority in percentage and in leadership roles, rebelled, and are left alone, while Chinese expat employees are still being told to work long hours and are discouraged to speak up for fear of retaliation.

Saaber said that her union had tried to contact Chinese employees at Huawei’s Germany offices many times, but they are "afraid to stand up."

Leave, and pay us back

A former Huawei employee with the pseudonym Sam said that six months after he quit, he received a letter from Huawei to his private mailbox asking him to pay the equivalent of 60,000 francs.

Since he no longer had money in his bank account tied to Huawei’s payroll, the company asked him to transfer the money to the company's account in Shenzhen. For other employees who have sufficient balance, their money will be directly withdrawn by Huawei.

The company is, on paper, almost entirely owned by its workforce represented by a company-sanctioned union. Employees receive some shares as part of their payroll from time to time as incentive for their continued contribution to the growth of the company. However, this incentivization does not go both ways, as employees who leave the company, whether on their own terms or kicked out, are generally forced to return those shares.

Employees who spoke to PingWest said that this is them being told that their contribution to the company effectively voided when they no longer work for it.

Similarly, PingWest has learned that in many cases, when employees stay in a single country for too long and are being transferred back to China, they are also required to pay back the company a portion of their overseas income or allowance, which is often higher than what their colleagues in China get.

A former Chinese employee named Ana filed a lawsuit against Huawei in Spain in 2018, accusing the company of gender discrimination.

Ana worked in Huawei's finance department in Spain, where she got married. According to the court documents, Huawei reduced Ana's annual bonus when she experienced miscarriages and applied for two sick leaves, claiming that she did not meet performance goals, and ultimately fired her when she began her fertility treatment and called in sick again.

The woman sued the company and won as the court ruled that the dismissal was not legal. Ana’s lawyer argued in court that her dismissal was the direct result of her miscarriages and served as concrete proof that the company has sexual discrimination.

It is worth noting that even Chinese state media lashed out against certain Chinese companies regarding a number of tragic, high-profile deaths of employees due to extreme adoption of the 996 working schedule.