Keep, the Chinese Counterpart of Peloton, Raises 360 Million in Latest Funding Round 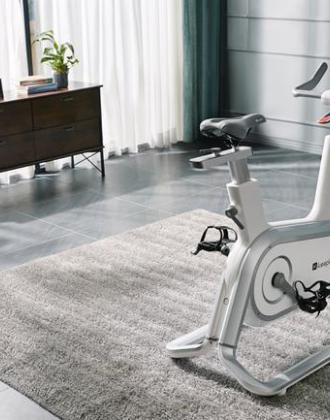 Keep's latest valuation is less than one-tenth of Peloton's market cap, but there is still considerable room for growth.

On Monday, China's leading online workout platform Keep announced it had raised $360 million with a valuation of around $2 billion led by SoftBank.

It is the Beijing-based online fitness company's second funding since 2020. After closing $80 million Series E last May, Keep became a unicorn. But in the second half of 2019, Keep reportedly faced a capital shortfall and laid off up to 15% of staff.

However, COVID-19 has rewritten the company's fate. Fitness is among other sectors that gained investors' favor during the pandemic and surges in daily active users.

For example, Keep's American counterpart, Peloton, has increased its market cap more than 5 times within a year. It also bolstered by a 172% surge in sales and more than 1 million subscribers to its streaming classes three months after its IPO.

The New York-headquartered at-home fitness company's success showcased that a mix of smart hardware and online courses is one of the most recognized business models.

In China, Keep's indoor exercise bikes were first launched in November 2019, and sales in the first half of 2020 have reached approximately 20,000 units.

In August 2020, Keep announced that it would integrate live-streamed courses to its own stationary bike to increase the retention rate.

According to the company, the bike's user retention rate exceeded 60%, higher than other smart sports equipment sold on its platform.

Although Keep's data is modest compared to Peloton, which has a more than 90% user retention rate, statistics showed that the retention rate of gym members in China is less than 20%.

In comparison with going to the sports club, exercising at home is increasingly popular because of its flexibility and convenience. Besides, some gym-goers preferred to work out at home as much as possible, considering the novel coronavirus hasn't been eliminated.

After years of various tryouts, including offering salad and operating gyms, Keep has found an effective monetization strategy - selling sports goods and online services. It's very similar to Peloton, whose revenue is mainly composed of fitness equipment sales and content subscriptions.

Therefore, in 2020, Keep decided to focus on providing users with at-home workout services. Its physical gym project Keepland has withdrawn from other cities and is currently only operating in Beijing.

A China Fitness Industry Data Report shows that China's total fitness population was approximately 68.12 million in 2019, which is higher than that of the US. However, considering the total population of 1.4 billion, the country's fitness population penetration rate is shallow, standing at 4.9%. The proportion is 20.3% in the US and 10.1% in Europe, which are 4.1 times and 2.1 times that of China.

Competition for market share is likely to be fierce in the future, but Keep, with 38 million MAUs, is the frontrunner on the track.

Smart hardware manufacturers represented by Xiaomi are also coveting the fitness sector. They have launched a series of fitness equipment, including treadmills and stationary bikes. Meanwhile, some large chain gyms, such as Super Monkey, aggressively promote their own online courses.

Currently, Keep maintains a leading position in terms of user base growth in China. With a year-on-year increase of 23.2% in the first quarter of 2020, data from iResearch showed. Users accessed its service through 18.1 million devices per month for an average of 20.4 minutes per day.

The company said it will establish a complete ecosystem to provide users with sports equipment, sportswear, software services, etc.

The Chinese unicorn is also eyeing global markets. In 2018, it launched Keep Trainer for overseas markets, providing services in multiple languages. According to the overseas business person, Keep pays more attention to mature markets such as Europe and the US and allocates less effort to Southeast Asia and other regions. However, Keep Trainer is obviously more accepted in Southeast Asia than in developed markets, Sensor Tower data showed.

Relying on China's highly efficient production supply chain, Keep's smart hardware costs will be lower. Now, the Keep bike is sold at 2899 yuan ($424), only one-fourth of a Peloton bike price, which is more attractive to users seeking cost-effectiveness.

Keep's latest valuation is less than one-tenth of Peloton's market cap, though. Considering the enormous potential hidden in China and even other more price-sensitive emerging markets, the unicorn may still have considerable room for growth.