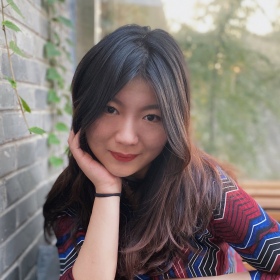 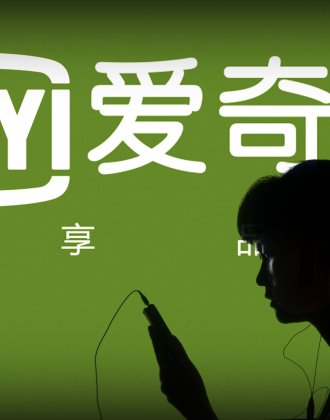 After saying the subscription fee of Chinese streaming platform has been way too low for many times in public, Gong Yu, founder and CEO of iQiyi is finally taking another step towards Netflix, it money-making western counterpart, by raising its subscription fee.

The entire world is streaming more than ever, and China is no exception. As Alibaba-backed Youku faded, China’s video streaming scene has been defined by the duopoly of iQiyi and Tencent Video, while Mango TV, an HBO wannabe, emerges as a black horse.

IQ is now riding the trend of Netflix-style original mini series and become the absolute pioneer in original content, thanks to its mega hit suspense drama The Bad Kids and the following The Long Night. However, the streaming pioneer is having a hard time replicating Netflix’s business success that relies heavily on subscription income. Adopting a freemium model like most Chinese streamers, iQiyi offers paying subscribers the convenience to skip the advertisements while unlocking some premium content in advance. While membership and advertising has been the two biggest pillars of iQiyi’s income, the two has a natural conflict for more paying members would consequentially lead to less screen time for ads.

After saying the subscription fee of Chinese streaming platform has been way too low for many times in public, Gong Yu, founder and CEO of iQiyi is finally taking another step towards Netflix, it money-making western counterpart, by raising its subscription fee.

The US-listed streamer’s membership price raise came right after Netflix’ price raise of its subscription plans in the US, but the the move is long foreshadowed by the company executives. In a press conference in August this year, Gong stated that the company insist that membership subscription to be the main source of iQIYI’s income, and the key to turn a profit after the mounting loss in the past 5 years. As early as the third quarter of 2018, subscription has surpassed advertising and became the biggest income pillar of iQIYI.

While iQIYI aims to better cover its increasing content production cost by charging users, its biggest rival, entertainment powerhouse Tencent is ramping up the capital input. In a recent press conference, Tencent Video unveiled its 2021 content plan. Sun Zhonghuai, Vice President of Tencent and boss of Tencent Video said the company the company will “burn as much as 100 billion” to build a platform that “absolutely leads the industry”.

Despite having a compatible user base compared to iQIYI, Tencent is falling short on its original content. In 2020, Tencent Video hasn’t put out any memorable original content as popular as iQIYI’s hit variety show Youth With You 2 or suspense drama brand Mist Theater. While Sun underscored the unshaken faith of Tencent to keep pursuing high-quality original content, the well capitalized internet giant seem to be taking it slow by fostering a “content ecosystem”.

By acquiring online publisher China Literature (aka Yuewen media), Tencent seeks to integrate the film production process from literature adaptation to releasing. Tencent also reports a much smaller loss than iQIYI. According to its Q2 financial results, Tencent Video’s full-year operating loss in 2019 was less than 3 billion yuan, as the number of paying members has reached 106 million.

However, China’s streaming scene is more than just loss-making giants competing for dominance. Mango TV, the platform that churned out the year’s arguable most topical variety show, is emerging as a unique player. It's parent company Mango Excellent Media, listed in Shanghai, has experienced a surge after the viral show and has recently surpassed the $100 billion market capitalization. Started from a traditional satellite TV, Mango TV was a subsidiary of Hunan TV Station, a state-backed satellite TV station known for being the pioneer of Chinese variety shows. The platform, specialized in female oriented variety shows, boast 157 million monthly active users.

The market is also faced with ambitious newcomers who want a share. ByteDance, the fast-growing internet behemoth is also laying out its path in video streaming by investing in multiple online content platforms. Bilibili, a YouTube-like medium-length video platform is also testing the water of original content, although not yet competing directly with Tencent and iQIYI. Its first original variety show ever Rap for Youth received a high 8.9/10 rating on Chinese TV review site Douban, exhibiting the site’s strong potential in youth culture and content production.

As has shown by the western platforms, video streaming is not a zero-sum game. While the competition drives platforms to invest more in content production, a sustainable profit circle will be the next thing big platforms go for.

(Caiwei Chen is a contributing writer for PingWest, a bilingual multimedia journalist who is interested in digital trends, tech, and culture. Her words have appeared in SupChina, Pandaily, The Beijinger and Chinarrative among others. You can find her at www.chencaiwei.net and @caiweic on Twitter.