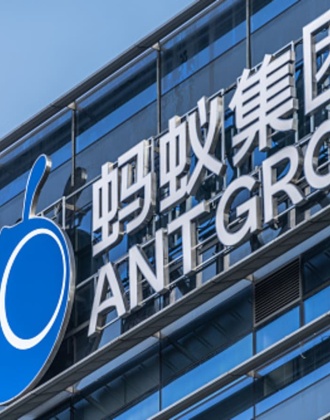 The company's planned dual listings in Shanghai and Hong Kong are both suspended. China's central bank criticized Ma for his public speech as if there's a conflict of interest between fintech companies and the regulators.

Update: The Shanghai Stock Exchange said that it is halting the planned STAR market IPO for Ant Group, the fintech arm of Alibaba.

SSE said that due to the fact that Ant's actual controller, chairman, and CEO has been summoned for a compulsory talk by financial regulators, as well as the company's own reporting of a major regulatory environment change, situation may not allow Ant to continue with its listing process.

Ant Group planned a dual-IPO on both Shanghai's STAR market and the Hong Kong Stock Exchange.

Jack Ma, the founder of the actual controller of Ant Group, and two other top executives were summoned by a joint force of four Chinese financial regulators for a mandatory meeting on Monday, three days before shares of the company due to start trading in Shanghai and Hong Kong on Thursday in the world's biggest initial public offering.

The regulators didn't elaborate on details of the meeting, but industry experts have reached a consensus that it was very likely the result of Ma's public speech last week on the Bund Summit in Shanghai, in which he boldly criticized China's outdated banking system and urged the government to loosen regulation for fintech innovations.

Ma, who retired from Alibaba as chairman, while still holding a controlling stake in the world's biggest e-commerce and fintech company via his investment vehicles, also commented that the Basel Accord, an international accord dedicated to making globally adopted capital and risk management standards, was "designed by a club of elderly people" and that it would not suit China because China's financial system is still in its youth.

He also criticized Chinese banks for "operating with a pawnshop mentality", always requiring sufficient collateral before issuing loans, resulting in a negative feedback loop from borrowers, who either carry huge pressure as they pledge assets, or build huge debt as a result of reckless borrowing. "[The pawnshop mentality] will be replaced by a credit system based on big data. Innovation always comes with a risk, but the biggest risk is that you try to minimize the risk to zero," said Ma.

Guan Qingyou, a high profile economist, emphasized that "约谈"—a Chinese word to describe the mandatory interview by authorities, is a serious warning that could affect the company’s risk scoring and business development.

"Normally, the rating of a financial institution will be downgraded if its top executive is [summoned by regulators in this manner], and its business development will be greatly impacted by the action as a result," said Guan.

Following the news of the summoning, Ant Group released a statement saying that it will continue to follow the guidelines of stable innovation, and embrace regulation.

Smartphone-enabled digital payments have made their way into everyday life across China over the past decade. Ant Group’s services and products, through its mobile wallet app Alipay, have become an essential tool for people and institutions to make purchases and transfer money.

The company has played an increasingly important role in the financial industry, and now acts as an agent for banks, connecting individual borrowers and small businesses with loans. It is estimated that 55% of China's 201 trillion Yuan in digital payment transactions last year went through Ant Group.

The company's gradual penetration into businesses such as consumer lending has challenged the dominance of state-owned banks in China. Regulators are increasingly worried about banks' dependence on fintech platforms such as Alipay and Tencent's WeChat Pay, as well as the potential systematic risks created by the fintech companies.

On the same day Ma was summoned, PBOC announced a new draft policy aimed at increasing the state's control over internet loans. In the past few days, Financial News, the industry newspaper operated by PBOC, also published several op-eds, subtly criticizing Ma for arguing his points as if there's a conflict of interest between fintech companies and the regulators, and calling for more regulation on big techs, as well as the fintech industry in general.