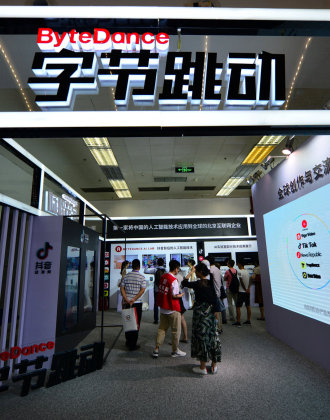 Livestreaming will continue to be an effective way to bring imported brands to China.

The Beijing-based social media unicorn company is recruiting talents to help it build the business from scratch. According to the role descriptions posted on its career page, candidates are required to have the resources of cross-border e-commerce sellers, the ability to establish business management systems, and formulate strategies, etc.

Driven by strong domestic consumption in China and the growing access to international brands to meet this demand, China has become a key growth engine of the global consumer market. Thanks to encouraging policy incentives, China's import commodity market has made considerable progress, and the number of cross-border consumers continues to grow.

Meanwhile, the popularity of social media and the development of technology have narrowed the distance between brands and consumers. With digital transformation, the cross-border e-commerce market enables imported goods to reach Chinese consumers more directly.

Livestreaming will continue to be an effective way to bring imported brands to China, as it allows consumers to learn about the products and take advantage of exclusive deals in an interactive way. In Q3 2019, GMV generated by Tmall Global, Alibaba's cross-border business for domestic consumers, through livestreaming reached 470 million yuan, up from 62 million yuan a year ago.

Douyin, with 600 million monthly livelihoods, is a well-deserved leader in the livestreaming sector, which gives it the guts to expand into cross-border e-commerce.

As TikTok has encountered setbacks in overseas markets, ByteDance is continuously strengthening investment in the e-commerce unit to drive its growth. In June, the Beijing-headquartered company set up a major business line to manage e-commerce on its content platforms, including Douyin, Toutiao, Xigua Video, etc., marking the importance of e-commerce has been significantly upgraded.

Previously, the company's e-commerce endeavors mainly relied on its partnership with Alibaba. In 2019, Taobao, the marketplace of Alibaba, already had a 7 billion yuan deal with Douyin, of which 6 billion yuan was associated with advertising and the rest as commissions for the latter's effort on bringing in traffic and orders.

ByteDance is now stepping up efforts to promote its e-commerce platform and reduce its dependence on third-party e-tailers, including Alibaba and JD.com. From October 9, the function of directly redirecting to third-party shopping websites has been disabled in Douyin. Instead, it encourages sellers to register on its own platform "Douyin Stores" by offering more favorable policies.

According to Deloitte, the cross-border channel in China saw a compound annual growth rate of 76% between 2015 and 2018, while generating 78.5 billion yuan in GMV in 2018. With cross-border e-commerce accounting for just 2.2% of the total online retail market in China, there is substantial room for long-term growth for brands and retailers.

China's cross-border e-commerce is currently dominated by Tmall Global, which was established by Alibaba in 2014. Through the acquisition of NetEase's Kaola, Tmall Global has consolidated its leading position, with more than 50% market share.

Kuaishou, the second-largest short video app backed by Tencent, leads Douyin in the e-commerce race. The robust competitor has set an annual goal of selling 250 billion yuan ($35.2 billion) worth of goods on its platform in real-time streaming by 2020, which is higher than ByteDance's 200 billion yuan goal. In terms of order volume, Kuaishou claimed that it's the fourth largest e-commerce company in China, after Alibaba, JD.com, and Pinduoduo.

Although ByteDance did not unveil a specific number, people familiar with the matter said that since the e-commerce business was upgraded to the company's first-tier department, the transaction volume has seen a considerable increase.