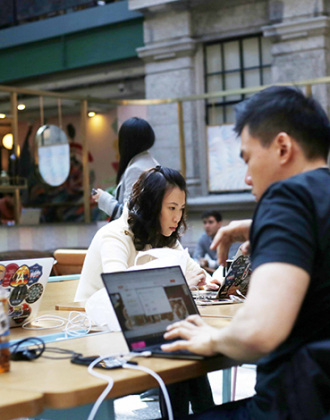 WeWork cut a deal with an investor of WeWork China who will take over the Chinese operations.

Four years after it entered China, the embattled shared-workspace provider WeWork decided to scale down its business operation in China by selling a majority share in the Chinese entity to Trust Bridge Partners, one of WeWork China's existing shareholders.

Under the agreement, Trust Bridge Partners is paying $200 million to take majority ownership of WeWork China, which has branches across 12 cities in China. WeWork will retain a minority stake and a board seat upon completion of the deal. It will also continue to charge the Chinese entity an annual license fee linked to revenue, for the continued use of WeWork's brand and service.

The deal is the latest sign of winding down for WeWork, which has been struggling to mitigate concerns from investors over the sustainability of its business model, not only in China but also across the world.

China was once one of WeWork's top performing markets after US and UK with almost $100 million in annual revenue in 2018. However things took a nosedive in China soon after, as an earlier version of its prospectus showed that WeWork China only made USD7.3 million in the first half of 2019, accounting for a mere 5% of its total revenue.

The Financial Times reporter that WeWork Shanghai had a vacancy rate of 35.7% in October 2019 for the 43,600 desks in the city. In Shenzhen, where the company has 8,000 desks, the vacancy rate is a 65.3%. The company was also pushing heavily into Western China, with multiple offices in Xi’an. There, it suffered an astonishing vacancy rate of 78.5%.

The market itself isn't doing very good either. Vacany rates in 17 major Chinese cities have rose to 21.5%, the highest level since the financial crisis.

Despite the major setback, WeWork maintain strong confidence over the future prospect of the greater China region. Sandeep Mathrani, WeWork's chief executive, said the company believe that the demand for flexible co-working service that WeWork provide will continue to increase despite the pandemic, and pointed that the new investment marks a great future prosect for the company.

WeWork entered China in 2016 with its first location in Shanghai as the demand for co-working spaces boomed in China with the increase of startup activities. It also acquired Naked Hub, a local competitor, in 2017.

However, its fast expansion has caused tight cash flow and its financial health got even worse as startups stop renting co-workspace due to stay-at-home policy for Covid-19 protection.

In an interview with PingWest, Liu Liqiao, the founder of a SaaS marketing solution provider and a former WeWork China tenant, said WeWork has been struggling to localize in China.

"In my opinion, what WeWork's membership offers, including workspace designs, hot desks, office suites, free drinks, and kitchen facilities, etc. are top tier, but its administrative management and community operation is not as adequate as its Chinese peers. Its lack of understanding of cultural environment leads to more problem," said Mr. Liu, "its administrative staffs cannot respond well to our basic needs. WeWork China needs to have a better employee training."

Speaking on condition of anonymity, Mr. Wang, another tenant, said WeWork China is no long appealing to many startups because these companies are increasingly short on cash, and are becoming more cost-sensitive, instead of enjoying the premium services.

"In major cities, WeWork's hot desks and offices cost almost twice as much as the cheaper alternatives. This tendency become more obvious as economy is slowing due to COVID-19," said Mr. Wang, adding that startups had been sending their employees to work from home ever since the outbreak.

The loss of tenants puts more pressure on WeWork than on its peers, since WeWork China pays more money in rent, renovation and operations itself in order to maintain locations in prime spots in major cities. Mr. Wang told PingWest that by his tally, as of June last year, roughly a quarter of WeWork China's tenants are renting spaces on a monthly basis. As COVID-19 hit, most of them either stop extending contracts with WeWork China or default on payments to WeWork China.

WeWork, which booked a net loss of $904 million for the first half of 2019 while having tens of billions of dollars in future liabilities to landlords, is having significant challenges to raise new money since investor confidence already reached rock bottom.