Yalla, a Chinese App Focusing on Arabic-Speaking Market, Will Go Public in the US on Wednesday 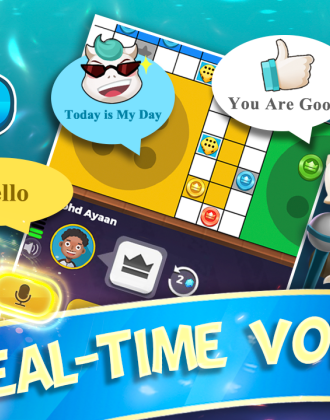 Chinese company behind social network Yalla will go public on the New York Stock Exchange on Sept. 30, looking to raise $149 million, amid the rising tensions between Beijing and Washington forcing fellow Chinese companies to forfeit US IPO plans.

Established in 2016, Yalla is one of the few Chinese social media companies to explore the booming internet market in the mainly Arabic-speaking Middle East and North Africa (MENA) market with a population of nearly 578 million, lead by some of the wealthiest countries in the world such as Qatar, Saudi Arabia, and the UAE.﻿

The company was given the title "Middle East Tencent" because its main services currently consist of the voice-chat app Yalla and the card game Yalla Ludo, similar to the early chat+game business structure of China's internet giant Tencent.

It is the largest voice-centric social networking and entertainment platform in MENA market as measured by revenue in 2019, the company said, citing a Frost & Sullivan Report.

Users' demand for internet products are not traditionally well served, since few social network and entertainment platforms have offered tailored services based on the market's culture and religion.

The company said in its prospectus that it built a highly loyal and engaging user community by providing services catered that resonates with localiz need. The voice-centric approach is also one of the major reasons why Yalla has taken afoot in the market. "Voice chats are more suitable to the cultural norms in MENA compared to video chats," the company wrote.

The COVID-19 outbreak also boosted online social networking and entertainment activities, which enhanced user engagement on its platform in the first half of 2020.

Yalla had approximately 12.5 million monthly active users by Q2 this year, a significant growth from 2.56 million the same quarter last year, and 6.13 million Q1 this year. Nearly half of Yalla's MAUs are paying users. The company claimed that users spent a total of 309 million hours in real-time voice chats to date, and played a total of 407 million rounds of games on Yalla Ludo, its gaming platform.

One shortcoming of Yalla's user growth is the heavy dependence on gaming, the company noted, as the business accounted for nearly two thirds of its MAUs and 80% of the paying users.

Like other Chinese Internet companies focusing on overseas markets, Yalla also puts its R&D team at home and set up offices in target market countries and regions to run operations and localization.

Despite current tensions between the US and China, the US stock market is still favored by a few of Chinese startups. As of August this year, more than 20 Chinese companies, including XPeng Motor, Li Auto, JD.com affliate Dada Group, have been listed on US stocks, an increase from the same period last year.

But winning the hearts of American investors is not easy. Since March, although the Fed-fueled stock market has experienced a crazy rise, it seems that investors in the secondary market are not very interested in some lesser-known social-related Chinese stocks. One example is Beijing-headquartered BlueCity, parent company of LGBT dating app blued, which was listed on the Nasdaq in July with at $16 per share but dropped to $9.45 by today.