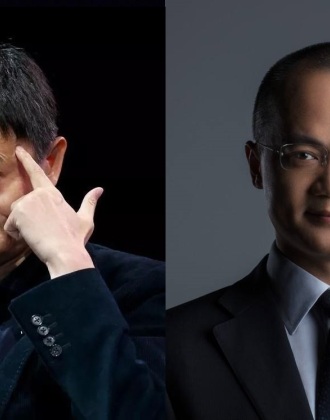 In recent years, Chinese e-commerce giant Alibaba has been increasingly competing with on-demand services provider Meituan Dianping in sectors such as food delivery, particularly since the the former merged a few of its food delivery units. Now the competition is intensifying, as the duopoly increasingly came to battle head-to-head in local lifestyle services such as retail, hotel bookings.

Industry watchers got a sense of the conflict between the two companies earlier this month, when some Meituan users finding out that their app no longer supports Alipay as a payment option. The only options left are WeChat Pay, Meituan Pay, and card payment provided by commercial banks. The change isn't happening for all Meituan users yet, with others still able to pay with Alipay if they so choose.

Alipay, a popular mobile wallet app and one of the two most dominant mobile payment services in China, is developed by Ant Group, Alibaba's fintech arm that recent just filed for dual IPO in Hong Kong and Shanghai.

The two Chinese tech behemoths maintain a healthy relationship in early days as Alibaba was an early investor in Meituan, with a considerable amount of input during the latter's Series B and C back in 2011 and 2014.

Their relationship deteriorated after Alibaba acquired Ele.me, one of Meituan's largest competitors in food delivery sector. Since then, a war for dominance of China's on-demand service market continued to brew, as Meituan told merchants on its platform to refrain from accepting payments via Alipay, going even as far as telling them to delist their Alipay storefront if they're on both platforms.

Alibaba combined forces and made a bold attempt to be seen as a dominant force in the local services market by merging Ele.me with its own Koubei platform in summer 2018. Through the combination, Alibaba want to expands beyond running e-commerce marketplaces by bringing local brick -and-mortar businesses into the digital economy.

Industry insiders were well aware of Alibaba and Meituan going separate ways and predicted a direct confrontation between them as early as 2016, when Tencent made a major investment in Meituan and semi-incorporated it into its own ecosystem to fight against Alibaba.

Alibaba and Tencent have a tradition of competing in various Chinese tech fields such as digital payment, ride and bike sharing, entertainment, etc. Not surprisingly, on-demand service followed the same trajectory.

Meituan, being more focused on its root than the omnipotent Alibaba, has taken the lead in terms of expanding beyond food delivery business to offer everything from dining, travel and hotel booking.

The company is reported to have surpassed Trip.com, China's leading online travel agency, with a 45% market share in the hotel booking market in 2018, compared to the latter's 22%. Meituan began operating hotel booking only in 2014, while Trip.com, formerly known as Ctrip, has been in the industry for more than a decade.

On top of the already fierce competition from Tencent's WeChat, Meituan's rapid growth has given significant pressure to Alibaba's masterplan to build, and preferably to dominate, China's mobile internet ecosystem and infrastructure to fulfill most consumer's everyday spending.

In March this year, Ant Group has announced to transform Alipay from a payment tool to a one-stop financial and local service platform, a move signaling Alibaba’s determination to compete with Meituan head-to-head. The broader Alibaba attached serious importance to the transformation, appointing Simon Hu (胡晓明), its Senior Vice President and CEO of Ant Group since 2019, to take the charge of leading Alipay's local services endeavors.

As both Alipay and Meituan expand beyond their original core businesses, the rivalry is escalating to new level.

For instances, Meituan began to heavily push its own payment solution Meituan Pay, prior to removing Alipay as an option to some users. The company also unveiled in last September a credit payment service called Meituan Maidan (美团买单) , which is rebranded as Meituan Yuefu (美团月付) in May, and directly competing with Alibaba's Huabei.