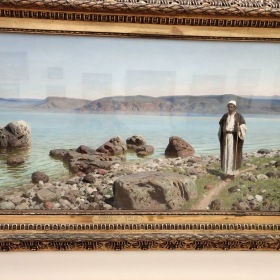 He was never a friend of us.

Original Chinese version of this article can be found here.

During a July 29 Congressional hearing into antitrust and competition matters of Amazon, Apple, Google, and Facebook, of which Mr. Zuckerberg was a witness, his prepared statement had a major focus on China, and attempted to paint himself and Facebook as champions against China. He claimed that "Facebook is a proudly American company" that believes in all the American values, and swiftly turned the crosshair on China, claiming that "China is building its own version of the internet focused on very different ideas, and they are exporting their vision to other countries."

One question raised by Rep. Greg Steube during the hearing divided the four-man witness panel: "Do you believe that the Chinese government steals technology from US companies?" Tim Cook, CEO of Apple, Jeff Bezos, CEO of Amazon, and Sundar Pichai, CEO of Google, all answered that they haven't received first hand information that such things happened.

Mr. Zuckerberg was the only witness instantly giving an affirmative answer, saying that "I think it's well documented that the Chinese government steals technology from American companies." (Mr. Pichai issued a correction later that his company did experience what they considered at the time a China-linked attack that resulted in its intellectual property stolen.)

It is already widely known that the US elites are generally concerned about the global expansion of Chinese technology companies, considering what Huawei, TikTok and DJI experienced in the US. However, it is still quite mind-boggling to see that it is Mr. Zuckerberg, the Silicon Valley CEO known for his fondness of China — admiration for the innovation of Chinese companies and intimacy with top officials for China's internet regulator, visits to China, speeches in Mandarin Chinese, and jogs in front of the Tiananmen Square — who decided to openly advocate for antagonism between US and Chinese technology companies, and vocally support the US government's stringent crackdowns on the latter in the name of resisting the export of the "Chinese vision".

This sudden and breathtaking change from humility to arrogance towards China is beyond shocking.

And through the public performance of this change, Mr. Zuckerberg and Facebook lost their credibility, in both US and China, in technology and politics, towards its partners and users.

Mr. Zuckerberg's change of stance towards China is the ultimate performative "political correctness". It was a bid to draw a line between his company and the other three US companies, which are undoubtedly more invested in China than Facebook.

And his latest statements on the antitrust hearing only exposed the ugly truth that every single one of his overdone performances in China, and pompous compliments on the Chinese companies, was barely anything but means and tricks — that failed — to get Facebook into China.

By painting Facebook as an ideological champion against China, an "American company", Mr. Zuckerberg attempted to hide Facebook's problems in data privacy, data security and misinformation from the Congress and the public to see. To achieve this goal, Mr. Zuckerberg is willing to burn his hard-earned connections in China's technology sector and political capital in the country. However, he fails to realize how distorted his performances were, and how insincere his sudden realization felt, to people that have been watching his every step of the way.

In a 2018 US Senate hearing, Sen. Dan Sullivan asked Mr. Zuckerberg if it would have been possible to build Facebook from a Harvard University dorm project to a global social media giant in a country like China. Mr. Zuckerberg responded intuitively by saying that "there are some very strong Chinese internet companies". He later added that he thought that Chinese companies present a real strategic and competitive threat. It is obvious that at that time he thought of Chinese technology companies as competitors, rather than a force of different ideology.

However, it was only with the rise of TikTok, a very successful company from China, and after multiple miserably failed attempts to suppress it through Facebook's usual tactics — copycat — that Mr. Zuckerberg finally brought out the big gun of "values", making his final attempt to kill it with the help of regulations, a force that the entire Silicon Valley hates.

People should be vigilant whenever Mr. Zuckerberg, who's lack of values, mentions it. For what it's worth, his values might as well be originated in the early days of China's mobile internet boom. Call it however you like: the law of the jungle, or copycat. Companies compete fiercely by undercutting each others. Sometimes bigger companies develop similar products to squeeze smaller rivals out of the game — questionable, anticompetitive behaviors the Congress now finds on US companies including Facebook and Amazon.

Meanwhile, Chinese companies have long abandoned the early days doctrine of "copy to China", and are finding new, innovative product ideas and business models every day. In fact, one could go as far as to say the latest global trend is officially "copy from China", which Mr. Zuckerberg is definitely a big fan of.

Should Mr. Zuckerberg wants to be seen as a banner-waving, charge-leading ideological warrior, it would be less embarrassing if he could erase all of people's memories of his adventures in China, especially the one where he jogged in Beijing's choking smog; or the one where he hosted Lu Wei, ex-director of the Cyberspace Administration of China, the top internet regulator, showing off his work station that had a book written by Chinese President Xi Jinping; or the one where he asked President Xi in person to think of a Chinese name for his daughter. The majority of China's internet users can't use Facebook, but many have heard of Mr. Zuckerberg, precisely because of those events.

Taking a step back, US technology companies wanting in on the Chinese market is more than understandable. But for many that are highly successful in China, including Apple, Microsoft, Airbnb, LinkedIn, to name a few — despite the fact that they are required to obey relevant local laws and regulations, which sometimes means more than that — none of their founders and CEOs needed to perform the love to China so hard as if they were Chinese ultranationalists. An equivalence would be Zhang Yiming, the founder and Global CEO of ByteDance (which currently owns TikTok), demonstrating a banner that says "Make America Great Again" in front of the White House — how could that be helpful for TikTok to evade scrutiny and maintain operational in the US?

Mr. Zuckerberg proved that he has never been trustworthy in China; at the same time, neither would refusing to accept and carry out the responsibility to tackle disinformation by saying "Facebook shouldn't be the arbiter of truth" improve his credibility in the US. It's making people increasingly certain about his closeted support for Trump, who's ultimately benefitting from the spread of alt-right misinformation. What's ironic about it, is that while all kinds of right wing news links and conspiracist misinformation are routinely the most-engaged content on Facebook, Mr. Zuckerberg still gets picked on by powerful figures from that camp, as is shown during the antitrust hearing.

Finally, Mr. Zuckerberg picked the US side, and burned his precarious connection with China. Honestly, it's better that way, and to those Chinese people who had high regard for him — you don't need to feel sad about it. The beacon of hope you lost turned out to be no more than a lousy actor who was overly athirst to demonstrate his performative fondness of China by speaking Mandarin, rather than a truthful friend of the Chinese people, and a bridge to connect technology industries and people from the two countries.

The Chinese technology scene can benefit from people from around the world who have an open mindset about Chinese companies becoming successful, going global, and challenging multinational companies from other countries, and won't hesitate to offer sincere criticism. It is more obvious than ever that Mr. Zuckerberg isn't one of those people. He should never be trusted again.

Thomas Luo is the founder, CEO, and former Chief Editor of PingWest's Chinese edition. The ideas and opinions in this article do not necessarily represent the position of the PingWest English edition.