Hand Over Advertiser Info or Be Taken Down: Ximalaya Shocks Podcasters 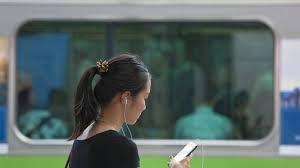 The announcement infuriated some top of the line podcast creators, who said Ximalaya is attempting to freeload off their own advertiser resources and monopolize monetization channels.

In a shocking announcement to content creators that has now been deleted, Ximalaya FM, China's top user-generated audio content platform, has required them to file their advertiser information prior to publishing content. (The same company operates a separate product for overseas market called Himalaya.)

In a screenshot of the announcement seen by PingWest, Ximalaya FM now requires content creators, including podcasters, to submit to the company's Advertisement Business Group the name of their advertisers, the nature of their deals, i.e. host-read or sponsored content, etc. The platform also asks the hosts to go through the hassle and provide qualification documents from their advertisers to prove that what they are advertising in shows are true.

But the most complained-about part is that Ximalaya FM also required hosts to give out what they consider trade secret: quoted prices of such advertising deals.

Failure to comply would result in shows taken down, and multiple offenses would mean a permanent ban from the platform, threatens Ximalaya FM.

Multiple top podcasters in the industry told PingWest that they received notification about the new policy without being consulted with first nor any prior communication.

Zhu Feng, founder and host at Dao.fm (津津乐道), a leading podcast network in China, said that his agreements with advertisers include confidentiality clauses, and that Ximalaya FM's new policy violates the rights of his clients by making their confidential information available to a third party.

He also cautioned that the policy does not have a clear definition of what constitutes advertisement and what does not, so that it has the potential to be used as a weapon to interfere with content creator's creative and business process.

The host said in a public statement that Dao.fm will suspend uploading to Ximalaya FM indefinitely until such policy is withdrew and an acceptable solution is provided.

PingWest has reached out to Ximalaya FM for a comment but haven't heard back as of this writing.

Ximalaya FM operates as a moderated audio content platform, something that is not very common in the western podcast industry, meaning that it does not use standardized RSS feeds from podcasts but rather lets users upload audio files directly. In this way Ximalaya gains the ability to take down shows based on its policies.

In its announcement, the company laid out how content monetization on the platform would be carried out. Generally speaking, all advertisement deals would have to go through the company, depriving individual creators' ability to sign with advertisers on their own.

Going forward, all advertising deals less than 30,000 RMB would have to go through Misheng (蜜声), an adword-like platform the company had developed. For deals larger than that, Ximalaya FM would "weigh in" on the negotiating and creative process, and cuts an unspecified percentage as commission, giving the entirety of the rest, or in some cases as low as 20%, to the hosts.

Nevertheless, the new policy would give Ximalaya FM he most say in advertising deals because it can screens advertisers and decide which type of deal to make, leaving minimum business and creative freedom for the content creators.

A number of top podcasters said that they have tried to reach Ximalaya FM for answers but to no avail. However, private communications between hosts and the company's employees suggested that the new policy affects all creators, including book readers and ASMR content makers on the platform.

Sources close to Ximalaya FM told PingWest that the company developed this new policy while facing mounting pressure in monetization. One source said that creators of cultured, higher quality content should not be abused like this.

A few of them told PingWest that podcasters on the platform and in the industry in general are like a pyramid, on which maybe the 20% on the pointy top has valuable advertiser resources, earning them a comfortable income to cover the cost.

Top players' annual playbacks on Ximalaya FM reach the ballpark of millions, or even tens of millions each. However their revenue from the platform has been described to PingWest as "trivial" at best.

One top host, who does not want his nor his brand's name public, told PingWest that he made a little more than 300 RMB, or 42 US dollars last year from Ximalaya FM. Another podcaster, who runs a slew of business-centric podcast brands featuring high-quality content garnering decent playback counts, said that she didn't even bother to check for how much she could withdraw from the platform.

These podcasters said that their advertiser relations are the result of their own business negotiations and hard work creating content. In contrast, Ximalaya FM did little in empowering content creators by developing advertiser resources and increasing revenue streams for them. "And now it's at the gate, wanting to take over our hard-earned advertiser resources," said one podcaster.

Both of the aforementioned podcasters see Ximalaya FM as a top platform for audio content in China and an important source of listenership, but fear that this malicious business tactics are hurting the content creator community.

Zhu, the host at Dao.fm, said that as an avid advocate for RSS-based podcast apps, leaving Ximalaya FM for now does not affect his income.

"It is my hope that this can be sorted out nicely. Ximalaya FM is one of the largest platforms in China, and it should set up a good example."