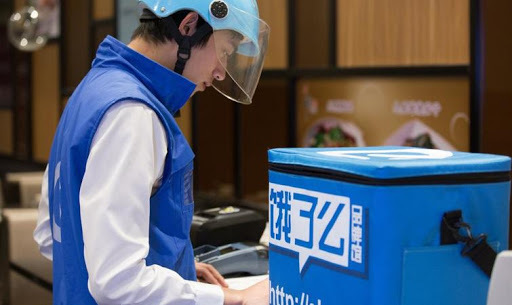 In an effort to compete with Meituan and maintain market dominance, Alibaba has further increased the collaboration between Alipay, its popular digital wallet app, and its local services division, in an effort to sign and keep more vendors onto its digital transformation bandwagon.

As the power play among top players in China's internet industry continues to reshuffle. Meituan Dianping, the local services company whose businesses range from delivering food orders to selling tickets to shows, is catching up and gaining a seat at the big table, giving Alibaba, who also has a robust local services division, a run for its money.

In an effort to compete with Meituan and maintain market dominance, Alibaba has further increased the collaboration between Alipay, its popular digital wallet app, and its local services division, in an effort to sign and keep more vendors onto its digital transformation bandwagon.

At an Alipay Partner Conference held on March 10, Alipay, Ant Financial, Alibaba's fintech arm, declared it would increase support to the group's own food delivery platform Ele.com as well as third-party vendors to enhance appearance in the local services business. It proposed a three-year plan to help an additional 40 million third-party vendors and service providers to digitize their services with its technology, called mini-program 小程序, a bite-sized app that can exist within Alipay and be summoned after a QR code scan.

"Alipay aims to become the world's largest open platform for the digital lifestyle," Simon Hu, CEO of Ant Financial, announced at the conference. Currently, there are more than 1 million service providers on the mobile platform.

As part of the plan, Alipay will further incorporate measures to feature vendors with excellent service qualities and drive user traffic to them. Hu said at the conference that "Alipay will evolve from a platform that provides inclusive financial services to an open, vibrant digital ecosystem that offers users a gateway into a comprehensive digital lifestyle."

The services industry, which local services like food delivery and housekeeping is a part of, accounted for 53.9% of the country's GDP growth last year; meanwhile, 80% of local service providers still operated on traditional brick-and-mortar business models and have yet to embrace digital technologies to improve efficiencies and customer service, Jiemian.com reported, citing data from China's National Bureau of Statistica.

Alipay saw huge demand during the Covid-19 outbreak in China in the past months, where more people ordering fresh produce, cooked meals became a byproduct of the massive in-home quarantine imposed by the Chinese government, according to the CEO.

He bragged that Meicai, a Beijing-based grocery delivery startup, launched its Alipay mini-program, and was able to attract more than 800,000 new users from 80 cities across China.

Alibaba officially formed its local services division by merging food delivery platform Ele.me and customer review site Koubei in 2018. The two standalone products have been operating individually, which was sited as a potential reason that the local services division is slacking behind Tencent-backed Meituan in terms of growth.

On March 7, the local services company announced the latest round of organizational restructure, in which the two products finally merged teams, people familiar with the matter told PingWest.

"The prospect of the local services business is promising, and the company expects to gain more market share by helping merchants embrace digitalization," said the CEO.