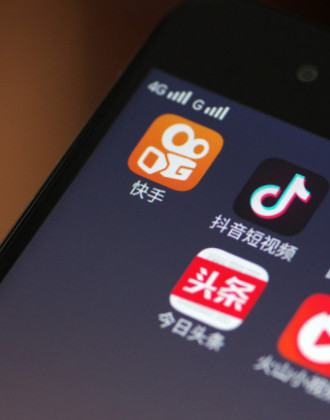 According to the announcement, BeteDance has upgraded and rebranded Huoshan to integrate more closely with Douyin.

Following the rebrand, ByteDance has committed to allowing Huoshan to run independently and renamed Huoshan to Douyin Huoshan. In addition, the same user account can be linked to both Douyin and Douyin Huoshan that allow users to share premium quality content on both platforms concurrently.

In order to optimize content on Douyin Huoshan, ByteDance announced a plan dubbed “Ladder” to nurture content creators who produce premium contents on Douyin Huoshan. The plan will help premium content creators to achieve larger followers base, ByteDance committed that it will help more creators achieve a following of more than 10 million users and help 100 creators gain over a million followers.

“The idea behind the rebrand is to help Huoshan and Douyin better serve their existing user bases and enrich the content on both platforms,” said Zhang Nan, the head of product development for Douyin.

Prior to announcement for the rebrand of Huoshan, Bytedance announced in a data report that Douyin has achieved more than 400 million daily active user as of the end of 2019, up from 250 million the same time a year ago. Tiktok, the international version of Douyin, ranked fourth place in App Annie’s 2019 list of the world’s top 10 non-game apps by downloads. Douyin shows no signs of slowing down, but the competition from Douyin’s biggest rival-Kuaishou is growing fierce.

Kuaishou, the country’s second largest short video platform backed by Tencent, chase Douyin with about 200 million daily active users. Surveys of users in lower tier cities in Northern China carried out by Douyin showed that many former users had defected to Kuaishou.

Douyin and Kuaishou have similar offering as both platform offer users with video editing tools that allows them to create short video, but two short video app have different brand positioning. Douyin was designed to target group that consists of young adolescents in the first and second tier cities between the ages of 20 to 30 years old with education. On the other hand, Kuaishou gain popularity by targets users from lower tier cities, encouraging them to share their daily life.

In terms of content distribution, Douyin’s algorithm has been known to create super popular videos, which means that its favors video recommendations based on their popularity, whereas for Kuaishou, its recommendation targeting user interest and it wanted the average person to have a chance to succeed on its platform.

Both Douyin and Kuaishou benefit from large users bases, both platforms are now expanding to service such as mini-games and e-commerce. As the user base increases, short-format videos have become a significant platform for advertising, especially for sectors such as e-commerce and entertainment.

For short video e-commerce, it is characterized by recording and sharing, content creators can share their product through short videos and live streaming. The focus of short video e-commerce is to achieve strong interactivity among streamers and viewers, large flow and high conversion rate for products on e-commerce platforms like Alibaba’s Tmall and Taobao, Pinduoduo. As followers base increase, “网红”or online celebrity can attract users and promote products through short videos and sell products through live streaming. Both Douyin and Kuaishou has developed shopping features that allow its users to apply for a personal online shopping page on the platform to show and sell products.

In order to boost its user base, Douyin and Kuaishou are planning to spend billions of yuan in virtual red packets for the upcoming Chinese Lunar New Year as they seek to grab a bigger share of internet traffic during the national holiday.