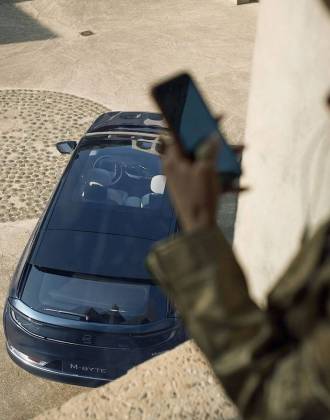 Byton promised to deliver its first M-Byte by the end of 2020 in China and 2021 in the US, but there are still ongoing uncertainties surrounding the sale of Byton’s electric car. Beside domestic rivals, Byton is facing fierce competition from outsider, competitor like Tesla could lure away Chinese customers who are affordable for more expensive pricing and more interested in international brand than a homegrown brand.

Byton, a startup electric vehicle manufacturer based in China, announced at a CES 2020 press conference that it has completed pilot manufacturing for its M-Byte electric car at an 800,000 square-meter factory in Nanjing and will ramp up mass production early this year.

The M-Byte will be launched in China, US and Europe within the coming 18 months.  Deliveries are set to begin in the Chinese market later this year, followed by the US and then Europe in the first half of 2021. Byton is planning to develop premium electric vehicles to go directly compete with Tesla’s Model 3, Model S and Model X, M-Byte SUV will be the first type of the car to begin mass production, the K-Byte sedan will arrive in 2021 and a third model in 2023.

The 48-inch dashboard screen dubbed the “Byton Stage” is the highlight of the car, it offers many programmable functions, including the driver’s schedule, statistics from a fitness tracker and favorite music or TV programs.

Besides the huge display, the M-Byte offers in-car app-based experiences, and it has internet connectivity that will upgrade to 5G networking when it unveils later this year.

Byton emphasized that M-Byte is not just an electric car but also a mobile entertainment center.

“M-Byte is more than a car, it’s also a new entertainment center and smart platform for life,” Daniel Kirchert, CEO of Byton said.

Byton’s biggest potential rival, Tesla, has already offered in-car entertainment features with stream media service like Netflix and Spotify. In order to compete against Tesla, it’s no surprise Byton will add new features into M-Byte as it become ready to go on sale.

During three-days CES 2020 event in Las Vegas, Byton has announced a series of partnership with companies to develop in-car apps and service for entertainment and health. The partners include ViacomCBS and Access for in-car theater experience; AccuWeather, offering real time weather updates; Aiquido for voice control of apps; Cloud Car, providing a cloud-based infrastructure; Road.Travel for online trip booking and XPERI for digital HD Radio. In conjunction with the partnerships, Byton has also announced plans to launch a developer program for its in-car entertainment (ICE) to deliver more interactive and valuable experience to customers.

Even though Byton promised to deliver its first M-Byte by the end of 2020 in China and the company is working to build a solid dealer network and it has obtained a distributor’s license, there is still ongoing uncertainty surrounding the sale of Byton’s electric car. Originally customers were told the M-Byte would be available by the end of 2019 in China and Q3 2020 in the U.S, but Byton now is saying M-Byte will go on sale in the middle of 2020 in China and US consumers will have to wait until 2021. Not mentioning the difficulty of building a new electric car company from scratch, it has to keep burning cash to maintain growth momentum.

Investors had witnessed a dozens of Byton’s early competitors fade way and others struggle, even NIO, one of hottest electric vehicle startup in China, has faced a series of challenges in 2019 including cuts in government subsidies, layoffs that involves more than 100 employees at its American office in San Jose, immense pressure to improve its sale and big cut in its research and development budget. NIO had USD503.4 million in cash at the end of June,2019, this was far below the company’s cash of USD1.12 billion at the end of march, 2019. NIO solved cash shortage by raising new cash via a USD200 million private placement of convertible notes from early investor including Tencent Holding.

Byton had a tumultuous year too. Carsten Breitfeld, the former BMW executive and Byton’s co-founder left the company in Apirl and joined EV startup Faraday Future as CEO. Breitfeld co-founded Byton in 2017 after a long career at BMW where he was responsible for the BMW i program.

Byton faced some financial headwinds in 2019 as it tried to raise fresh capital to support its growth. These financial challenges seems to be solved, the company announced on January 6,2020 that it has raised undisclosed amount of money from Japanese Marubeni, the two companies have also reached partnership agreement for further cooperation in fields such as energy solutions and overseas production and distribution for Byton’s electric cars.

Despite the challenges facing Byton, it does have its own competitive strength. Byton has hundreds of developers working in Santa Clara California, so it is necessary for Byton to have a strong talents and human capital if it wants to compete against Tesla. Second, Byton also has a large factory at Nanjing in China where it can easily commence mass production.

Beside domestic rivals, Byton is facing fierce competition from outsiders. Tesla has been starting mass production for its cars at its Gigafactory 3 in Shanghai and it just started delivering its first batch of model 3 sedans to Chinese customers. There is still a concern that Tesla could offer strong competition for Byton and lure away Chinese customers who are affordable for more expensive pricing and more interested in international brand than a homegrown brand.