This Professor Is Using AI to Save Lives--On Weibo 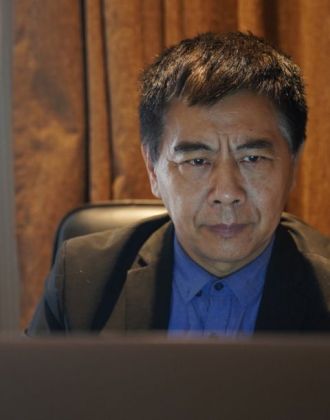 By leveraging natural language understanding and processing, Prof. Huang has saved the lives of more than 1,000 people.

By now you would have been at least familiar with the word AI--artificial intelligence that power new experiences and products including Siri and Alexa. Even Poetry and music are now being "generated" by the ever-advancing technology that powers AI known as deep learning. In fact, skeptics are already calling for a halt on AI advancement for fear of replacing, or worse, killing mankind.

But you probably haven't heard this yet: a massive team of volunteers, psychology experts in China, led by a computer science professor in Amsterdam, is actually using AI to save more people's lives.

Developed by Professor Huang Zhisheng, a senior AI researcher and faculty member at the Department of Computer Science, Vrije University of Amsterdam, the tree-hole robot (树洞机器人) is a program launched in July, 2018 that uses AI algorithm to detect Weibo posts that may contain or represent suicidal thoughts, followed by immediate actions carried out by volunteers who are local to or near the original poster to save them from death or severe injury.

Huang first proposed the idea to leverage AI, or more specifically, natural language understanding and processing to battle suicides at a European Union research group conference in 2016. After more than one year’s development of the program and research mainly on one of the most popular social media platforms, Weibo, Professor Huang found that a big number of people with thoughts of suicide like to reply to tweets from “tree-hole” accounts, to which people like to tell their secrets in their minds.

Huang focuses on 4 to 5 most popular tree-hole accounts and monitors replies to the posts everyday. The ‘tree-hole accounts’ belonged to those who have committed suicide, and where people, most in depression, like to post their negative emotion or express the similar thoughts to take on their own in comments. By monitoring the comments each day, Huang was able to identify using his technology people who may be about to commit suicide. While not full-on transitioning to becoming a rescue guy himself, Huang did devote much of his time reaching out to posters and later on organizing volunteers, many of whom were once suicidal and saved by him, to take immediate actions and lend help.

Commenting on how his AI actually works, Huang said that it does not simply search for keywords such as "suicide", "depression" or "death", but rather utilizes advanced algorithm to understand the meaning of a post, the suicidal thoughts behind it, even without direct mentioning of keywords. The algorithm actually ignores, with a pretty good accuracy, meaningless or spam posts that include those keywords.

The tree-hole robot will generate a report everyday, showing around 20 posts captured that needs further looking-into. Huang’s team divides the posts into scale of 10, laying out the person behind which posts should be immediately rescued and which be put on a further watch list.

From more than a year ago when Huang started the tree-hole project, his team has prevented 1000 potential suicides, totaling 700 people, or averaging more than one person per day. Many of the survivors joined Huang's team to carry out rescue plans or provide voluntary mental support. His team has grown from 30 to more than 600 people already.

Facebook rolled out a feature in November, 2017 that displays contact info of support services when it detects suicidal thoughts in a post, even before it is sent out. While the feature is definitely useful and meritorious, the move became controversial as more users are concerned that Facebook is actually scanning posts before being sent to understand intent. Facebook also uses similar technology to recommend quick emoji buttons so that commenters don't accidentally give a laughing face when the original post is about a tragedy.

Samaritans, a charitable organization combating suicide, launched a prevention service on Twitter with the social media company's support, named “Samaritans Radar”. It works in similar ways Huang's tree-hole robots does, scanning posts and emailing their friends once detected negative emotion tweets. This services was also wildly controversial as some think that it breaches privacy and adds confusion.

Huang’s team focuses on China's Weibo, the only public social network that is used by the most people. While in the end it's these volunteers that are actually saving lives, Huang’s AI program, now in its 4th iteration, has also been evolving and improving drastically in accuracy and many other ways.

Although his team is still growing, the sheer number of AI, psychological experts and volunteers needed to save more people and achieve a meaningful impact in a society as big as China, is unthinkable. According to World Health Organization’s data, nearly 800,000 people lose their lives committing suicide every year, or one person per 40 seconds. In China, the world's most populous nation, the number is around 250,000, or one third of the worldwide number. For Huang, at least at the moment, the supply cannot meet the demand.