Forget Go: Microsoft Comes for Mahjong, a Much Harder Game for AI 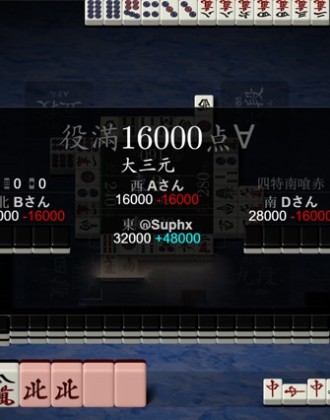 Don’t expect to use the technology to help you win pocket changes in family gathering Mahjong matches any time soon.

Three years ago, Google’s artificial intelligence made sure the world knew that no human intelligence is unmimickable for computers.. AlphaGo, the Go AI developed by DeepMind, a Google affiliate, beat Lee Sedol and Ke Jie, two of the world’s best professional Go player at the time.

Go, a strategy board game first developed in Ancient China 3,000 years ago was the epiphany of all games and widely portrayed as Mt. Everest for machine learning algorithms to climb.

According to the company, Mahjong, a game played by significantly more people around the world than Go, is actually more difficult for computers to understand.

The Microsoft Research Asia (MSRA) team designed Suphx to learn Mahjong's strategies, tactics, and other subtleties through the experience of playing against thousands of people on Tenhou – a Japan-based global online Mahjong competition platform with more than 300,000 members.

Mahjong is commonly played by four players, who draw tiles from a pool of shuffled tiles, discard or intercept others' to form sets of tiles that can win. To say that it is a game of skill, strategy, and calculation and involves a degree of chance would be understating.

Imperfect information games like Mahjong, where the opponents’ portfolio is invisible to the player, require more sophisticated reasoning techniques. The fact that there are more than 7 trillions possible combinations which suits different occasions, and that it consists of a degree of possibility and other factors in favor of humans, made Mahjong one of, if not the hardest strategy game for machine learning researchers to tackle.

"Mahjong is more complicated than other board games. So playing becomes an art as well as a science," says Dr. Hsiao-Wuen Hon, Corporate Vice President, Microsoft’s Asia Pacific R&D Group and MSRA, "Good Mahjong players rely on a combination of observation, intuition, strategy, calculation, and the chance that presents unique challenges for an AI system."

Suphx played more than 5,000 matches with human players on Tenhou and gained the rank of 10 Dan, the greatest rank available to Mahjong softwares and the second greatest available to human players. It’s stable rank on the platform is at 8.7, higher than human average and significantly outranks existing Mahjong AIs.

Therefore, Microsoft scientists believe that their achievement is not just about technology to master another game. With more work, their AI algorithm breakthroughs exhibited in Suphx can be further implemented to solve problems containing unknown factors and random events.

Research and development of AI in China, where MSRA’s headquartered in, is growing rapidly in recent years. In July 2017, China's State Council issued a three-step roadmap to becoming a world leader in AI by 2030, to make the industry worth CNY 1 trillion (USD 147.7 billion), saying that the new technology has already become the engine for economic development.

According to The AI Index 2018 Annual Report, in terms of research fields, China is heavily focused on agricultural science, engineering, and technology, while Europe and North America are focused more on the humanities and medical and health sciences. Government-related organizations and research outfits also account for far more papers in China than corporations or the medical field, while efforts of enterprises have primarily dominated the research work of AI in the US.

The government also included AI in its Internet Plus initiative, established in 2015 as a national strategy to spur economic growth driven by innovative technologies that are internet-enabled.

At present, Microsoft's investment in Suphx is purely for research and not for profit, and the company is eyeing on creating variants of the technology and further research on more problems in the long run, before commercializing the results of the research.

And of course, don’t expect to use the technology to help you win pocket changes in family gathering Mahjong matches any time soon.