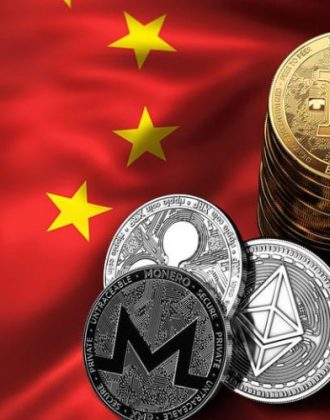 Although the state-backed digital currency is very likely making use of blockchain technology, it's still different from common cryptocurrencies like Bitcoin.

According to a report by the China Daily, the state-owned news outlet, CBDC, short for China’s Central Bank Digital Currency, may be officially launched even sooner than Libra, a cryptocurrency project designed to facilitate global fund transferring, Chinese experts predicted.

At a top level financial policy gathering in Northeastern China’s Heilongjiang Province, Mu Changchun, a PBOC deputy director in the payments and settlement department, said that the CBDC is almost ready to launch.

"It can be said that a central bank digital currency is on the verge of release," Mu said.

According to Mu, PBOC started researching cryptocurrencies back in 2014, in stark contrast to the central bank’s crackdown on launching and trading digital currencies by Mainland Chinese citizens in the past.

The state-backed CBDC adopts a centralized management model and two-tier operation system, which is different from average decentralized cryptocurrencies. Commercial banks and financial institutions will be the issuer of CBDC, but the central bank will be the upper-tier operator for facilitating the trade across banks and institutions.

A simplified infographics made by Binance Research, the cryptocurrency exchange’s research arm, detailed this centralized model:

"Although the CBDC is very likely to have utilized blockchain technology, it's still quite different from cryptocurrencies like Bitcoin." Robert Mao, founder and CEO of ArcBlock, the Seattle-based blockchain company, told PingWest. Mao is an experienced software engineer with considerable expertise in the blockchain field who used to work for Microsoft as a researcher.

The CBDC is a form of sovereign digital currency, essentially a digitized version of RMB, China’s fiat money, and will be backed one to one by it.

Mu said that the system will allow for up to 300,000 transactions to be processed per second.

"The launch of CBDC will enable the central bank to reduce the demand for printing banknotes. Alternatively, part of the money that should have been printed will be distributed digitally to commercial banks." Li Chengzhen, a senior manager at GRGBanking, a state-owned fintech company, told PingWest. "The two-tiered system can not only make commercial banks more active but also improve the acceptance of the digital currency," he added.

As a theoretically costless medium of exchange, CBDC would be able to improve the efficiency of the payments system; meanwhile, one of the reasons for CBDC to exist is to facilitate faster and more secure settlements in the context of cross-border financial transactions, and allow for more innovation in the digital financial service sectors.

The platform would also be helpful in combating counterfeit money, since each token and transaction would need to be cryptographically verified by the centralized system, in real time.

The technology does come with its double-edge sword moment. One of the propositions of decentralized cryptocurrencies is that transactions stays public but largely anonymous, ensuring privacy for their users. However, the centralized characteristics of CBDC completely scraped the anonymity feature, partially explained as to reduce money laundering.

Furthermore, Li told PingWest that digital currency is easy to split, and it can be theoretically accurate to the countless bits after the decimal point, which can not be accomplished by cash.

China is likely to be the first country to release any form of sovereign digital currency, consequently, the industry is eyeing every breath the central bank takes. The PBOC’s plan to introduce CBDC was also seen as an attempt to reduce the financial system’s dependency on U.S. dollars and, in return, improve RMB’s worldwide status.

Both Li and Mao believe that there is no direct relation between the introduction of PBOC's digital currency and the worldwide financial system’s reduction of dependence on the U.S dollar. "Although the central bank mentioned the launch of digital currency more than once during the trade war, the independence of the RMB depends on the degree the world admits it, and has little to do with the digital form," Li said.

However, on August 28, an unnamed insider of PBOC told Tencent News that the Forbes’ report on the launch date and the institutions is incorrect, without unveiling the accurate information.

A Step Beyond Alipay and WeChat Pay

Chinese netizens have long been able to live a cashless life, thanks to the mass adoption of WeChat and Alipay, two major apps with many financial features built in. However, that life isn’t completely bankless. In order to use WeChat Pay and Alipay, the user is required to have at least one account in recognizable commercial banks.

The launch and promotion of CBDC are likely to introduce challenges to the duo.

Cindy Wang, an analyst at DBS Group Research told the South China Morning Post that “banks are under pressure to retain their deposit base because, with the money market funds distributed by third-party payment providers like Alipay or Tencent.” Eventually, some of the idle money held in people’s bank accounts are irrevocably moving out of the bank’s system into the hands of Alipay and WeChat Pay.

The way PBOC designed the CBDC’s two-tiered system provided crucial help to commercial banks because it designated them as the agent to convert between CBDC and conventional fiat money, leaving windows open for these banks to make sure that funds stay with them as deposits.

This would drastically improve commercial banks’ status, which have been diminished by WeChat Pay and Alipay.

"In the field of cryptocurrency, a stable digital currency is needed, and that is why USDT (editor’s note: a digital currency created by the crypto community to be backed 1 to 1 by U.S. dollars) was created. If the central bank adopts an open attitude when issuing the digital currency, then the demand for stable currency in this field can be filled by the CBDC." Mao told PingWest.

The Chinese government has been embracing fintech innovation for a while. The country is already the world's largest mobile payment market, as well as a leader in peer-to-peer financial services, including loans, payments, etc.

"It's an inevitable trend in social and technological development. PBOC's digital currency is critical for the future advancement of the digital economy," Mao said, "China is presenting a positive attitude towards fintech innovation. Although the U.S. financial regulatory system is relatively mature, it may slow down innovation, and the country also lags behind China in digital currency."