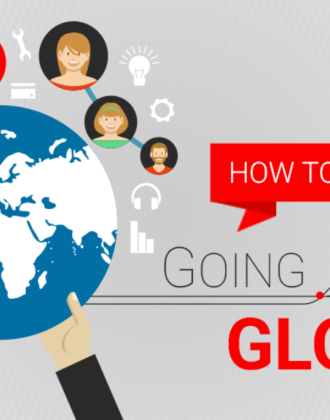 Finding differentiated positioning for the products, deepening localized operations, and having a better understanding of overseas users—are critical issues that should be considered when tapping into foreign markets.

"In 2019, the dividends of Chinese Internet companies developing overseas markets are fading; however, 2019 may be also the best year in the next decade," Shen, the Global User Acquisition Director of MICO WORLD (or MICO) told PingWest.

The Beijing-headquartered live-streaming company was founded in 2014, with its aim at the international market, rather than fighting against numerous rivals in China right from the beginning. Shen mentioned that MICO WORLD has long been in overseas markets such as the Middle East and Southeast Asia, and the competition was not that intense when they first arrived.

According to Shen, when MICO first enrolled in the Southeast Asian market, except Singapore and Malaysia, the penetration rate of smartphones in the region was less than 50%, and the Internet infrastructure was not highly developed. What is worth noting is that young people under 40 made up more than 70% of the total population; in the meantime, the economic development of Southeast Asia has seen a rising middle class across the region— these factors make the region a market full of potential.

However, in recent years, going global has become a consensus of China's growth-hungry internet industry. Not only are numerous startups eager to give it a try, titans like Alibaba, Tencent and Bytedance are also eyeing the cake. The battle is increasingly fierce in developing areas worldwide, and you’d be surprised to see a participant without a Chinese background.

Shen said that MICO is one of the most popular and profitable social networking apps in Southeast Asia, Middle East, India and other emerging mobile Internet markets. After five years of expansion, the company runs 12 offices globally, with around 150 million registered users. In May 2018, it achieved profitability. According to the director, the monthly revenue of MICO now surpasses US$10 million. Sensor Tower's data also proved that MICO is the top three short-video/live streaming app in the Middle East in terms of revenue. Meanwhile in Thailand, the "social chat + live streaming" model of the app quickly caught the attention of young locals, making it one of the most popular social chat apps in the region.

Contrary to what MICO did, choosing emerging markets as the first destination, Castbox, another Beijing-headquartered company which makes its own award-winning podcast app, marked the U.S. as the first step into the international market.

"The U.S. market is mature and diversified, plus Apple has been running podcast service for more than a decade. Consequently, that market destined to be a hard nut to crack. But with the decline in market share of the iPhone, we think it's an opportunity, since there is no such thing, the podcast, on Android, so we launched Castbox in 2016. Two years later, Google unveiled its own podcast application." Zhou Qi, COO of Castbox, told PingWest.

"Although the U.S. market is highly competitive, the quality of American users is quite high. We have made efforts in the Middle East and Southeast Asia before; however, the user retention rate remained low there. Still, American users create the biggest contribution to our platform," he added.

Jin Xu, head of the international business of Onion Group, which runs Ms Yeah (commonly referred to as the Office Xiao Ye), a Chinese office creative show very popular on YouTube, confirmed Zhou's statement, saying that the company prefers to obtain users from North America since they have the highest value. NoxInfluencer's data shows that Ms. Yeah has received CNY 4.59 million through Youtube's affiliate program, and the revenue is expected to reach CNY 55.08 million per year.

In addition, both MICO and Castbox agree that maximum user conversion rate can be achieved at a lower cost by getting accurate users. Through targeted media advertising, Castbox has acquired a large number of accurate users, and the cost of obtaining users is controlled at a relatively low level. "In the initial phase, the cost is as low as tens of cents per user," Zhou said.

Shen told PingWest that the expansion of user scale is only one side of the company's growth. More importantly, it is crucial to find the application's own accurate users based on LTV (life-time value ), which is a prediction of the net profit attributed to the entire future relationship with a customer.

Similar to other Chinese tech firms targeting the overseas market, both MICO and Castbox set up their R&D teams in China. "For start-ups, speed is critical. As we all know, the Chinese Internet industry is fast-paced, so the domestic R&D team can always respond in time, which also leaves us ample room for trial and error." Zhou said.

The experienced domestic R&D team laid a solid foundation for Castbox and MICO. Meanwhile, in terms of promotion and localization work, the contribution of overseas employees is necessarily demanded. Zhou said that previously Castbox China team tried to contact potential partners in the U.S. but was neglected by them. However, after the establishment of Castbox's American team, it was more accessible for the local employees to negotiate with local partners and explore the market. "No matter how many years you have spent in the U.S., local people always know this society better than you. The localization work should be done by them so that the company can get twice the result with half the effort," the COO stressed.

Zhou told PingWest that they hired a Chinese American with a wealth of media sources as PR in the company's San Francisco office, which brings convenience to the development of Castbox in the U.S. To date, the app has 30 million listeners—most of them come from North America, including 3 million DAUs and generating more than 28 million downloads. On the financial side, the company has started work on a premium content strategy. "There's already a lot of proven models that people want to pay for this kind of audio," Renee Wang, CEO and founder of Castbox, said in an interview with Bloomberg. The company has raised about USD 30 million, including a financing round of USD 13.5 million in April 2018.

MICO World also values the ability of local employees. In June 2018, the company planned a large-scale marketing campaign in Indonesia. However, the volcano abruptly erupted in Bali on June 29, which had a massive impact on the implementation of the marketing project. "When we prepared to give up the project, a local employee suggested that we can live-stream the latest movements of the volcano since the majority of Indonesian citizens were concerned about the eruption. We contacted MICO users who lived near Bali to do the live broadcast work. In those days, our app experienced explosive user growth," Shen said.

"There’s always a cultural gap between Chinese companies and international staff, but by arousing the foreign employees’ passion for work, the company can gain more," Shen told PingWest, "currently, our overseas teams are working well with the domestic team."

Obviously, for China-based Internet companies that have recently explored overseas markets, it is no longer a vast expanse of land. With the entry of Internet behemoths, competition in emerging markets has also reached a newly intensified level. The race in these markets will mainly become a contest of capital; in the meantime, without adequate localized operational capability, one company will quickly collapse. Under this situation, Castbox's experience in the U.S. market may provide a valuable reference for companies interested in going global.

Finding differentiated positioning for the products, deepening localized operations, and having a better understanding of overseas users—are critical issues that should be considered when tapping into foreign markets.