Bytedance Steps into Search in Threat to Move Baidu’s Cheese 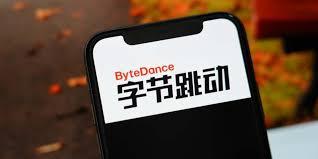 Bytedance's move to search is a mean to circulate users and contents from its different products. Moreover, the Chinese tech behemoth is ambitious to create a Google-like ecosystem.

TikTok’s parent company announced to push into search engine which is embedded in its hit app Jinri Toutiao, or Toutiao, a news and information aggregator.

In fact, indications of the tech behemoth's ambition towards search engine was clear since more than a year ago, that the company hired Wu Kai, former head of Qihoo 360’s search division at the end of 2017. The information had not been disclosed until reported by 36Kr in March 2019.

Toutiao launched an in-app search function in January 2019 that is able to provide text and video search results generated from its Toutiao content. Additionally in March 2019, the firm secretly unveiled external search function, starting to ‘move cheese of Baidu’, but the main component of its search results were still returned by its in-app news and information.

Existing Content Ecosystem Lays a Foundation for the Search Engine

In its short video-app TikTok or the Chinese version Douyin, as well as Toutiao, Snapchat clone Duoshan which is a video-based social app, car information and review app Dongchedi, and other short-video apps Huoshan and Xigua, Bytedance has created a content ecosystem, an environment composed of content creators (editors, writers, actors, etc.), content consumers (readers or watchers), advertisers, and content platforms (apps mentioned above).

Douyin and Toutiao are two top tier apps by Bytedance as play vital roles to enable diverse content to thrive. Bytedance’s DAU (Daily Active Users) of all its products topped 700 million, according to the company’s marketing manager Zhi Ying on Douyin’s First Short-Video Festival last month, adding that its MAU (Monthly Active Users) reached 1,500 million, of which Douyin’s DAU were more than 320 million, representing roughly 45% of the total products’ DAU, and its MAU topped 500 million.

Toutiao followed Douyin closely, enjoying the second-largest DAU and MAU data of 100 million and 200 million, respectively, as of July 2019. All other apps have a cumulative DAU of 280 million that we can figure out with a simple calculation using data above.

Ecosystem is a prerequisite for search engine, but there is also another one—content distribution. The driving force of Toutiao’s dramatic growth is its AI algorithm. It generates endless news and story feed to users based on their reading behavior and interests (the content varies from person to person) so as to make them get addicted to it.

Content distribution is highly similar to search, but the both are different at root. Regarding the Chinese unicorn's move to search, Baidu, China's biggest search engine, responded in a press conference on Tuesday, August 8. Senior director of Baidu app Ping Xiaoli said that news feed is different from search, and that news feed function does not help with the development of search, adding that “Search results come from hundreds of millions of web warehouses and content warehouses, but news feed is generated from hundreds of thousands or millions of content warehouses. Difficulties of the two things are not on a same scale, but far different. Search requires more complex processing.”

Content distribution is not only a technology issue, it is also a marketing tactic. Target audience, ranking of research results, and more are intervened by all search engine companies, including Baidu, Google, Qihoo 360, Bing, and many more, because ads revenue is an indispensable mean. Baidu has been facing criticism from the public because it abuse its platform to allow companies to promote ads, many of which are scams.

But Toutiao’s story is slightly different. Since it is also a content platform for content creators, it reserves all content rights for its own use. Although Bytedance announced to launch external search results, Toutiao’s own content will be shows at the top if they have them, based on a simple logic that it takes its own content as a matter of priority. This is a brilliant idea, because, first, it helps the circulation of users and content from its different products, and second, it saves a huge amount of advertising expenditure to external platforms, including search engines, social media, and video platforms.

The move of Bytedance’s making of search engine is a reminiscent of its series of moves, such as launching IM app Flipchat and productivity Lark. The company is resembling Google to make products ranging from video apps to search engine, from IM messengers to work productivity app, and from software to hardware, with an example of its making smartphones after acquiring talents and patents in a deal with Smartisan.

A noteworthy fact is that Lark, Douyin, and Toutiao are all expanding worldwide, giving us a signal that its ambition is not only to take on tech giants like Baidu and Tencent in China, but also being a giant in the international community.

The seven-year-old startup has become the world’s most valuable unicorn after closing its pre-IPO funding round in late late October last year. It raised $4 billion, reaching an estimated valuation of $75 million.

Now Bytedance is stepping closer and closer to its IPO. Its efforts toward higher revenues and higher traffic can increase its possibility to debut successfully and encourage investors and securities traders.