Douyu Files for U.S. IPO: The Numbers of Risk Factors That Investors Should Never Neglect 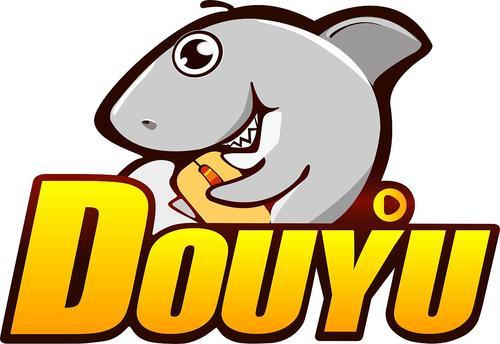 Douyu will finally go public after it grew its net earning and revenue tremendously in the first quarter of 2019, but investing in Douyu carries a number of risks.

Chinese live streaming platform Douyu, backed by social media and gaming giant Tencent, has filed to raised up to USD944 million in its initial public offering on the Nasdaq stock exchange.

The company, which streams esports tournaments and other gaming-focused content in China, will offer 44.9 million new ADS and another 22.5 million of existing stock from current shareholders at between $11.50 and $14.00 per share.

Underwriters on the IPO were led by Morgan Stanley, J.P. Morgan, BofA Merrill Lynch and CMBI.

The move came after the company turned a profit in the first quarter of 2019, when it reported a net profit of 18.2 million RMB or $2.65 million. Total revenue in the first quarter surged 123.4% year-on-year to 1.49 billion RMB or $220 million. Massive growth in revenue was contributed mainly by a sharp increase in the number of paying users and average revenue per paying user.

The number of paying users on Douyu reached 6 million in the same quarter, representing a 66.7% increase from last year and surpassing that of Douyu’s biggest rival Huya, which reported 5.4 million paying users. Douyu’s average revenue per paying user (ARPPU) rose 51.7% year-on-year to 226 RMB or $33, lagging behind Huya's $41.8

Popular streamers are critical to Douyu in order to maintain brand loyalty and expand its user base. According to an iResearch report cited by the Douyu's prospectus, the company continued to lead in popular streamer recruitment. As of the first quarter of 2019, Douyu had 6.5 million registered streamers, among which more than 6,500 have signed exclusive contracts with the company. Douyu also noted that it has covered 51 out of the top 100 and 8 of the top 10 live streaming gamers in China as of lately.

Douyu will finally go public after it grew its net earning and revenue tremendously in the first quarter of 2019, but investing in Douyu carries a number of risks.

In the risk factors section of its IPO prospectus (招股书）, which was filed on Monday (June 8th), contain 56 pages outlining many of the risks that Douyu disclosed to investors. Among the many risks listed, investors are warned about the possibilities of continued loss-making years in the future, douyu’s corporate structure and operating efficiency, and even the threat of a tighter regulation imposed by the Chinese authorities.

One of Douyu’s biggest risks may be the possibilities of failing to maintain or grow its paying user and possibilities of losing top live-streamers. Douyu’s revenue stream is highly dependent on its users, who buy virtual gifts ranging from toy rockets to fish ball (鱼丸) to reward their favorite streamers. In the first quarter of 2019, live streaming revenue kept growing to contribute 90.9% of Douyu’s revenue for the period, quarterly average users grew 58.3% to 3.8 million, according to its IPO prospectus.

“Our paying users may have less disposable income as they need to meet financial obligations elsewhere, they might spend less on our platform because they may decide to no longer support a particular streamer that they used to support financially. We expect that our business will continue to be heavily dependent on revenue collected from paying users in the near future. Any decline in the number paying users or our paying ratio may materially and adversely affect our results of operations.” Douyu noted in its IPO prospectus

Like many other content-based companies, Douyu relies heavily on popular live streamers to maintain user loyalty. The company offered viewers great PC and mobile-watching experience for live broadcasters and promised to develop its Internet celebrities to become bigger stars. Douyu’s reliance on virtual-gift revenue means it has to keep top live streamers on the platform so that their fans will reward them. “Running a successful live streaming platform requires intensive capital outlay and a large team of quality streamers, who remain in short supply due to the fact that most have signed exclusive contracts with our rivals. It is unlikely that viewers will watch streams on two platforms at once, and most top streamers sign exclusive contracts with only one platform, we compete mainly for user traffic and top streamers. If we are not able to keep popular steamers on our platform. Our overall user base and level of user engagement may decrease, which may result in loss of top streamers to other platforms. Such loss may also lead to fewer paying users and make us less attractive to advertisers and game developers and publishers,” one of the key risk factors Douyu noted in its IPO prospectus filed on June 8th.

Douyu signed exclusive contracts with some most popular streamers, steamers are paid a base salary with a certain percentage of the sales of virtual gifts that they receive from viewers. If rivals such as Huya offer higher compensation in efforts to attract Douyu’s popular streamers, the compensation and costs to retain its top streamers may increase.

This risk has in the past led to large paychecks for Douyu’s exclusive streamers, which cost Douyu to spend USD147million in 2018, that is more than doubled from 2016.

Douyu also highlighted other risk factors that could adversely affect its business, a few of the notable risk factors include: a majority of the video and audio communication on Douyu is conducted in real time, views and live-streamers may engage in illegal conversation or activities that include the publishing of inappropriate and illegal content on the platform that breach the Chinese law and regulation. As a result, Chinese authorities can impose legal sanction on Douyu.

Douyu also highlighted that the Chinese authorities could impose a tighter regulation on live-streaming platform in the future, because live-streaming industry in China is still at a relatively early stage of development, new laws and regulations may be adopted from time to time to address new issues that come to the authorities' attention. Douyu have not received any material penalties from the relevant government authorities in the past, but Douyu warned that it cannot assure investors, that the relevant authorities will not impose any penalties in the future.

Another risk of investing in Douyu is the rising challenge brought by short videos. Live streaming and short videos have become two of the most popular forms of entertainment for people in China. short videos — typically lasting between 15 seconds to a few minutes — have become one of the fastest-growing trends in China.

With the rise of short video apps like Bytedance-owned Douyin, short video has been gradually taking a majority market share from live-streaming platform.

“ Short video is changing people’s viewing habits. Watching people live streaming is too-time consuming, while live streaming could get boring if viewers are watching the same live-streamers all the time.” Sun Yan Biao, an analyst at iResearch told PingWest.

“Entrepreneurs must adapt to change in a rapidly changing business environment, Chinese app developers are doing their best to meet users’ demand. Short video is just another example of app developer doing a right thing at right time. One of the main reasons for the success of short video apps is Chinese user’ growing demand for more compact and easier entertainment content, short video is rich in content while short in time. In comparison with live streaming, short video is much better for nowadays young people to kill spare time. The peak for short video cycle is yet to come, it will keep squeezing the profit of live streaming industry in China,” Sun said.