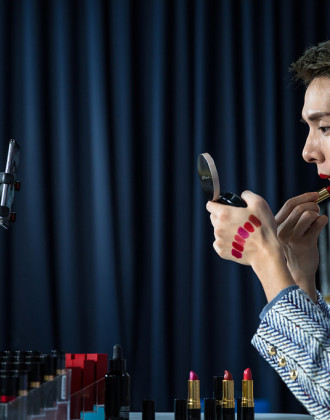 China’s traditional live streaming industry, where people stream themselves singing, dancing, or playing video games, seems no longer booming since 2016, which marked a turning point, because the industry saw its growth dropped from 180.1% in 2016 to 107.5% in 2017, according to a professional market research and consulting company iResearch. The growth reduced even more afterwards, down to 53.8% in 2018 and to 31.2 in 2019.

Huya, Douyu, and Panda TV, once the three most popular streaming platforms in China, shuffled in 2017. Panda TV is dead due to bankruptcy and officially announced it would permanently suspend operation since March 30, 2019. Douyu, the second largest live streaming platform, is having a tough time, as it postponed its IPO launch at Nasdaq Stock Exchange since early May, 2019 by no clear period. Only Huya successfully filed for its IPO in May 2018 and remained the top player.

The reasons for the fall of traditional live streaming is complicated, but it is mainly due to the difficulty of website monetization and the rise of short videos which are more attractive to people.

Watchers were drawn to the live streamers’ shows. However, a lot of them got tired after watching too many pretty faces doing similar things over time - either dancing, singing or chatting - causing the live streamers to earn less and less money than before.

Moreover, the rise of short video is another blow to live streaming. For example, TikTok and Kuaishou are two ‘viral’ apps where you can see people watching short videos on them every day on streets. Compared with live streaming, short videos are more interesting because, first, it added background songs in them, and second, short video makers are able to add special effects to the clips that make them look cool and interesting.

The Rise of E-Commerce Live Streaming

Taobao live streaming is the top-ranked platform. Although started operation three years ago, it did not exert a conspicuous influence on the public until last year, 2018, that sales began to soar.

The image above shows that sales generated by Taobao live streaming reached hundreds of billions in RMB in 2018.

More data related to it shows the boom of Taobao live streaming in 2018: monthly sales increased 350%; GMV generated was RMB 100 billion ($14.5 billion); over RMB 100 million ($14.4 million) in sales was generated under the guidance of only 81 live streamers; over 3000 live broadcasts were provided, with the average time length of 8 hours for each live broadcast.

In 2019, e-commerce continues to enlarge its radiation circle to more people. It became better known and more popular to people. Additionally, 'sticky users' who watch Taobao live streaming every two or three days increased dramatically. Therefore, 2019 which is called the beginning year of the e-commerce live streaming era in China.

The development of live streaming on Taobao platform as well as the second e-commerce giant in China, JD.com, brought forward a number of influencers to the public. These people are also  regarded as key opinion leaders, or KOLs, who play significant roles in selling their recommended products to the audience.

Li Jiaqi is probably the most popular KOL in China. He set a record of selling 15,000 lipsticks within 5 minutes. Li and Jack Ma, founder of Alibaba, once sat together to compete selling lipsticks, but Li won against Jack Ma by selling 1000 lipsticks compared with 10 sold by Jack Ma. In Li’s live streaming room, there are normally 4 million people, a big portion of whom is his die-hard fans.

“I watch Li’s every live streaming,” said an office lady excitedly. “His broadcast with full of passion attracted me the most.” Li is more passionate compared with other KOLs on Taobao. “Oh my god, this is so amazing” is his pet phrase. Additionally, he said a lot of different flattery words to compliment girls how pretty they look after using the products he recommended. Moreover, his tone is higher, and he speaks a little faster than others, which arouses the enthusiasm of watchers to buy items.

His influence is expanding that he became a trend on Weibo. A new fan of him posted on Weibo which said that, “Li is a ‘demon’. I watched Li’s live stream for the first time last night, but I don’t understand why I wanted to purchase the product within the first 30 seconds, and I was even worried that it was out of stock.” In the live streaming room, there were often some live chat saying that “I am broken,” “I ran out of my money”, etc.

Besides Li Jiaqi, more and more celebrities join the KOL team. Chinese famous anchor Li Xiang, who worked with Hunan Provincial TV station, broadcasted on May 9 to promote jewelry,  achieving an over RMB1 million in sales within three hours. Additionally, she officially announced on Weibo to become a KOL on Taobao since May 19, 2019 and will focus on make-up products promotion.

A lot more celebrities, including anchors, actors and other stars signed agreements with e-commerce platforms or short-video platforms to become KOLs.

This is reasonable, because first, these stars already have large groups of fans, which are able to bring traffics. Second, the public trust stars more because the latter endorse the quality of the products, so people are more willing to buy products that stars recommend.

Chinese e-commerce giants found the ‘blue ocean’ of e-commerce live streaming. 2019 is just a beginning year of it. Taobao has set a goal of RMB 500 billion in GMV in the next three years.

Taobao’s support apparently promoted its live streaming platform to the public: Taobao added a live streaming entrance on the homepage in its app. Nevertheless, people have to buy it.

Products are on promotion in live streaming at normally 30% to 60% off prices, and this is the most important function of doing live streaming.

Besides, many people watch e-commerce live streaming just to kill time. After a long day of work or school, they are tired and just want to relax for a while, so they open live streamings on Taobao, where there are always some KOLs broadcasting, no matter it is in the daytime or at night.  When they are attracted by certain products recommended by KOLs, they will buy them, thinking that they are so cheap compared to buying them in other time. “I cannot control myself from buying stuff that I don’t really need,” a lot of comments said during Li Jiaqi’s live streaming.

In short, e-commerce live streaming gained its popularity since 2018 and has become a new viral form that many people are addicted to it. Merging live streaming with e-commerce is a brilliant idea, but a lot of Chiense people have to take care of their wallets.