Justin Sun, the Man Who Will Have Lunch With Buffett, Is a Self-Marketing Expert 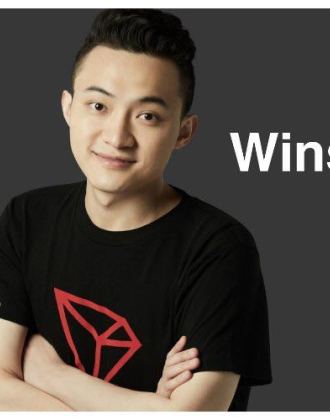 Justin Sun will take this hard-won change as a great marketing opportunity for himself and his company Tron.

Justin Sun (Sun Yuchen in Chinese), a 28-year-old entrepreneur, has drawn the public’s attention in the past few days because he won the bid of $4.567888 million on June 4 to have the charity lunch with Warren Buffett.

Justin Sun placed a record-breaking amount to have a private lunch with the Oracle of Omaha, becoming the fourth Chinese to win the lunch. Previous three entrepreneurs are Duan Yongping, Zhao Danyang, and Zhu Ye.

Duan Yongping is the founder of the electronics manufacturer BBK Group since then and paid $620,100 thousand for the charity lunch in 2006.

Zhao Danyang was a hedge fund manager and paid $2.1 million for lunch with Buffett in 2009.

Zhu Ye was the chief executive of the Dalian Zeus Entertainment Group and paid $234.57 million in 2015.

Justin Sun is a cryptocurrency pioneer who launched Tron, or TRX token in 2017, which has already become the 10th largest cryptocurrency in the world.

However, a large number of people is aware of Buffett’s disdain attitude towards cryptocurrency. He has always been a bitcoin bear and once referred to bitcoin as “probably rat poison squared” in an interview with CNBC on May 8. 2018. Nevertheless, the young Chinese entrepreneur still bid for the luncheon. As he spent such a tremendous amount, many people conjectured that Sun’s motivation aims to sway Buffett to believe bitcoin is trustworthy and a safe investment. This is, indeed, part of the truth, because Sun said he would convince Buffett to install  a cryptocurrency wallet and buy some Tron tokens. However, it’s not all the truth, because Sun is more intended to advertise himself, to improve prestige of him and his company, and then make a profit from his cryptocurrency after more people buying it.

The intention is not concocted out of thin air, but based on what he did all the time.

Right before the results of the auction came out, Sun posted on Weibo and Twitter, noticing the public in advance that he would do a big thing. Once the bidding result came out, he published the winning news by himself, with a hashtag #SunWontheBidforLunchwithBuffett added to create a buzz for publicity. His moves were earlier and more active than international news media.

When visiting his home page of Weibo and Twitter, you will found him pinned the news to have lunch with Buffett on top of both of his social media accounts. Furthermore, he set an image of him and Buffett as the background image too, in which it says “Justin Sun wins Warren Buffett charity lunch with $4,567,888 bid.”

From the time he won the bidding, Sun Tweeted on Weibo and Tweeter very frequently about the event, nearly everyday. The most recent one is an update of the lunch date and place. Instead of informing the public directly, he tantalized people by asking them to guess when and where they will have lunch together, followed by the same hashtag he created before, as well as links of his company Tron and the token BitTorrent.

“You are so high-profile,” a comment below his post said. “I guess you are on the edge of being arrested,” another comment said, without explaining reasons. Most other netizens did not take Sun’s question seriously, and even made fun of him, saying that “it must be in Shaxian delicacies” (a cheap restaurant chain throughout China.)

Sun’s reputation is not good in China’s tech circles, especially among top notches in the tech industry. For example, Wang Xiaochuan, CEO of Sogou, once had an face-to-face interview with Sun in a show named ‘Chinese Entrepreneurs’, asking Sun “what advantage do you think you have compared with others?” Sun’s response was wired, saying that “I participated in the Chinese Central Bank’s forum and other activities.” Wang said “this is not your advantage.” Sun asked why, and Wang said, “Now you are talking with me. Does it mean you are successful?”

Unexpectedly, this conversation four years ago in 2015 is indelible to Sun, as he raked up the in-person interview again in his Weibo, posting that “I will never forget his expressions in his eyes, like saying that I am a fraud.”

After news media’s reporting on this, Wang response in his post on Weibo, saying that “everyone has its own standard of success and fraud. Some people consider it a person’s social status or his/her company’s market value. However, these are not worth mentioning if we view them from a big picture of history. Scientists who pursue the rational beauty and artists who pursue the emotional beauty are heros and immortal.” Sun, in response, made a bet with Wang on the market value of their own companies, saying that “let’s see whose market value is higher in three years.”

The hottest comment below Sun’s post asked, “Did you make any value?” Replies by other Weibo users said, “The only value he made is he cheated others and made a huge amount of money from them.”

A Speculator, Rather Than an Investor

From many Chinese people’s perspective, Sun is a speculator, rather than an investor. This is mainly because people consider the Tron token that Sun launched are fictitious cryptocurrency.

Second, Sun has ever attracted a number of investors to fund him. They endorsed Sun, although did not know him a lot, just because Sun graduated from one of China’s top universities - Peking University with a bachelor's degree, and the world renowned university - Pennsylvania University with a master’s degree. Therefore, Sun was selected to be one of the 30 entrepreneurs under age 30 in 2017 by Forbes China. Although rumors say this ranking is unjust and meaningless because candidates can pay to be on the list, few of the public is aware of it and so trust Sun very much.

Graduating from world famous universities and being supported by famous investors, Sun’s Tron token became known to people. As more people bought it, the price went up dramatically. However, price plummeted after on a bull run for a period of time, and Sun made a huge amount of money.

A Probably Not Very Wonderful Meal

Being high-profile and a plagiarist who knows very well how to advertise himself, winning the lunch bid is Sun’s dodgy marketing tactic. Sun is a rich person without doubt, but rich does not mean valuable.

As for Buffett, he does not have any choice of whom to eat with, but the person who won the bid. This is probably the most expensive lunch ever, but not a pleasant meal for Buffett.

It is foreseeable that Sun will utilize this opportunity to attract more investment to his Tron token through introducing his successful cryptocurrency successful cases to Buffett. Moreover, he will add another label to himself after the meal: a guy who had lunch with Buffett.