Baidu and Bytedance in Legal War Over Stolen Search Results 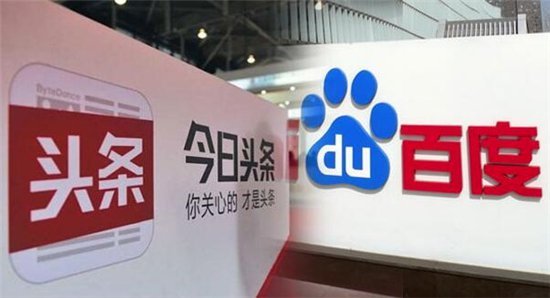 All the two companies did is for Internet traffic.

Baidu and Bytedance, two of China’s tech behemoths worth tens of billions each, are in a legal battle over stealing each other’s search results.

On April 26, Baidu filed a lawsuit against Bytedance over unfair competition, alleging that Jinri Toutiao (or Toutiao), a news aggregator app and a core product of Bytedance, stole a number of search results from Baidu's Top1, a search product that displays information and answers for certain queries in a card-like format on top of the search results, similar to Google’s OneBox, enabling users to see information directly by clicking through a URL to enter a website to view it.

According to Baidu, the search results that Toutiao stole include those provided by advanced algorithms and a collection of historical data, as well as those generated by Baidu and its partners at high costs.

Two pieces of evidence Baidu submitted to the Haidian District People’s court in Beijing are shown in the following.

The screenshot above shows the result Toutiao displayed when users search for a certain question in the app. Baidu claims that the result contains a picture which has Baidu’s logo on it, making it clear that the result was somehow swiped from Baidu.

In another result displayed, Baidu claims that the alleged stolen result shown by Toutiao contains a coded phrase that says "copied from Baidu," with the individual Chinese characters scattered. This is the work of a technical tactic which Baidu applies: a system that automatically adds coded phrases like this when it detects a third-party trying to access and aggregate information stored on Baidu’s servers.

Baidu filed the complaint in Haidian District People’s Court in Beijing, seeking 90 million RMB ($13.4 million) in compensation and apologies to be posted on Bytedance’s official website for 30 days. Additionally, Baidu applied to the Haidian Court to take measures of preservation of actions to prohibit Bytedance from appearing in search results in Toutiao immediately.

PingWest found that all Top1 results had been removed from Toutiao shortly after Baidu’s lawsuit was filed.

Then, theatrically, Bytedance filed a counter-lawsuit against Baidu just five hours later, alleging that Baidu stole a significant amount of short video clips from Douyin (the Chinese version of TikTok) and placed them in its standalone app, "Search Craft,” a search engine app that Robin Li, CEO of Baidu, promised to be ad-free and lightweight in order to provide the best user experience.

The image above submitted by Bytedance is a screenshot of Baidu’s Search Craft. In the trends section, Baidu added a subsection, Douyin, where the latter’s video clips are placed, and, moreover, edited to remove their watermarks. Bytedance, the parent company of Douyin, issued harsh criticism, saying that the unauthorized placement of Douyin’s short videos stole was theft and took away a portion of users and traffic on its platform.

Bytedance claimed in its complaint that Baidu’s actions benefit itself while hurting Bytedance, enhancing the competitive advantage of “Search Craft” while weakening that of Douyin. Baidu’s "free-riding," it says, defies the principle of fair competition and integrity.

Bytedance demanded 90 million RMB ($13.4 million) in compensation and that Baidu apologizes publicly on its official website for 30 days, exactly the same demands as made by Baidu.

Aggregating information or search results is a relatively simple task. The technique used is called web scraping, or web crawling, which simply amounts to “scraping” a large amount of data and information from a website and then saving it in local files. It is also the basic idea behind how a search engine can provide search results.

Normally, if the owner of a website would not like search engines to scrape its data, they can add code in a file called a Robots Exclusion Protocol, or Robots.txt, which is an instruction for other websites to follow when trying to fetch data on a site. This actually happens quite often in China where competition in the internet industry is quite fierce.

The most well-known case is Alibaba’s Taobao blocking of Baidu’s robots for crawling its website since September 2008. Since then, items sold on Taobao have not been shown in Baidu search results. Taobao also blocked users of WeChat, the dominant social app in China and which is owned by Tencent, from viewing its website in the app.

But the codes are not foolproof, and scrapers use tactics to bypass them. One example is Qihoo 360’s violation of Baidu’s robots.txt file in 2013. In the subsequent lawsuit filed by Baidu, it sought $15 million compensation for damages. A Chinese court ordered Qihoo 360 to pay 700,000 RMB (about $104,000) to Baidu in compensation for violating fair competition.

Similar lawsuits also arose between Baidu and Sogou, which was a recipient of strategic investment by Tencent. In December 2015, Baidu’s spider crawled a significant number of WeChat articles from Sogou search engine. (Sogou is the only search engine authorized by Tencent to provide search results on WeChat articles). Qihoo 360 and Sogou once sued each other over Robot.txt issue too. Fights among the search engines go in every direction.

Bytedance has been China’s fastest-growing tech startup since 2012, and currently is the most valuable startup around the world, with an estimated valuation of $75 million by October 2018. Though known throughout the world for its short video app TikTok/Douyin, Its flagship news app Toutiao has seen dramatic growth since 2016. Data shows that its DAUs (Daily Active Users) increased from 50 million to 120 million, up 140% within just one year from July 2016 to July 2017, according to a tech industry media channel called Kaiqi.

The way Toutiao works is by generating an endless feed of news and stories using AI algorithms. As you scroll your phone screen down, new content shows up continuously. As with so many other apps that trade in the attention economy, it is engineered to be addictive.

But only a small portion of these news and stories come from journalists working for known media outlets, while most of them are written by people who write articles for a living on Toutiao’s platform. According to a Toutiaohao introduction video, 1.5 million Toutiao accounts generate 600,000 pieces of new content every day, which is then clicked on by users more than 5 billion times. The numbers may have since changed, but the main point that tons of information is being generated on and aggregated by Toutiao is beyond all doubt.

And with a vast amount of information flowing on the platform, Toutiao has become a de facto search engine.

In March 2019, Bytedance launched a searc feature within its Toutiao app, enabling users to get access to external content. This was a significant move as it challenged Baidu’s leadership in search.

Search has always been Baidu's core service, and its revenues from ads account for the majority of its total revenue. Baidu’s 2018 annual financial results show that its total revenues were 102.3 billion RMB ($14.88 billion), increasing 28% year-on-year, and revenues from online marketing services, where ads play a major part, were 81.9 billion RMB ($11.91 billion), up 19% YoY and accounting for 80% of its total revenues. It is no exaggeration to say that online marketing services are Baidu’s lifeline. Without them, Baidu is in danger of losing everything.

While Bytedance is testing the waters in Baidu’s backyard, the same can be said the other way around. Baidu has been pushing hard in its Baijiahao content business, which is basically the same as Bytedance’s Toutiao, prioritizing the display of Baijiahao content in search results.

By the end of 2018, the number of Baijiahao accounts reached 1.9 million. The company achieved this partially by claiming to provide rewards and subsidies of up to 10 billion RMB ($1.48 billion) to content creators. Baijiahao is also deemed to be the content platform where it is easiest for creators to generate income.

Nevertheless, Baijiahao is also facing disputes due to its low-quality pieces, plagiarism, and more. Baidu was also caught in a scandal a few months ago over prioritizing fake news on Baijiahao articles as search results.

Baidu as a search engine seems to play a less and less important role. In today’s China, people use apps like Toutiao for news, Douyin/TikTok for video entertainment, Meituan for food delivery, Taobao for shopping, and WeChat for basically everything else. Baidu’s position as the gateway to information on the internet is diminishing, all while Bytedance has already taken at least two seats in China’s "Game of Apps," where internet giants battle for users, traffic, and territory.