Alibaba to make Turkey an outpost for further European expansion 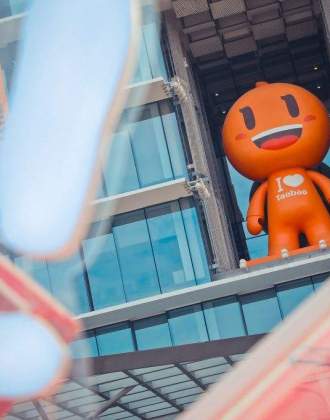 With the help of Turkey's strong manufacturing capabilities and shopping app Trendyol, Alibaba is poised for greater expansion goals.

With its strategic location at the crossroads of Europe and Asia, Turkey emerges as an ideal “gas station” to fuel Alibaba's ongoing European expansion.

The Chinese e-commerce giant recently announced plans for a project that is expected to cost more than $1 billion and will focus on building a logistics center at Istanbul Airport and a data center near the Turkish capital, Ankara.

During a visit to one of Turkey's top media organizations, Turkuvaz Media, on Sunday, President of Alibaba Michael Evans said the company aims to bring the country's production capacity and export potential to Europe and the Middle East.

“There is a great production power in Turkey, which is the most advantageous country in the world in this sense,” he said. "Many G-20 countries have consumption power, but there is no production power."

Manufacturing-based exports have been one of the main drivers of Turkey's economic growth. Despite high inflation and the sharp depreciation of the lira against the dollar, Turkey's exports rose 12.9% last year to $254.2 billion, the country's highest ever, with exports to the EU up 12%. Speaking at an event, President Tayyip Erdogan said, “Our goal is to ensure that Turkey assumes its place among the top 10 countries with the highest exports in the world."

Having a solid manufacturing base closer to the EU and the Middle East will help Alibaba's expansion plan. Trendyol, Turkey's most popular shopping app, is set to play a critical role in this initiative.

Alibaba acquired an undisclosed majority stake in Trendyol in April 2018 at a valuation of $728 million. In 2021, the giant raised its stake in the Turkish firm to 86.5%, bringing the valuation to $9.4 billion.

Unlike AliExpress, which mainly focuses on cross-border sales from China, Trendyol targets local Turkish vendors. As a result, although AliExpress' expansion has been impeded by increasing snags in long-distance cross-border logistics over the last year, Trendyol has been largely unaffected.

In the third quarter of 2022, the order volume of Trendyol increased by more than 65% year-on-year. In contrast, AliExpress orders decreased during the same period.

Trendyol shows high hopes for its further foray into the European market. To oversee its expansion, the platform, which already offers services in several EU countries and the UK, opened its first office outside its home country in Berlin, Germany, in May 2022. It also intends to open an office in Amsterdam by the end of 2022 and one in London by the end of 2023.

Caglayan Cetin, Trendyol's president, said the company aims to generate one-third of its sales outside Turkey within the next five years. More specifically, Trendyol intends to boost its revenues in Germany to 3 billion euros by 2025. Considering the company's 2022 revenue came in at around 400 million euros, that's a quite bold and aggressive forecast.

To support its international expansion, Trendyol claimed it would spend more than $500 million on technology, supply chain optimization, marketing, and staffing, and in the next few years, a new 65,000-square-meter fulfillment center will be built to ease the load of the existing one in Poland.

In the future, Trendyol may gain more synergy with Alibaba's investment plan to construct a logistics center at Istanbul Airport, which will facilitate the "comings and goings" process of products sold on its platform.

Globalization, along with domestic consumption, cloud computing, and data intelligence, are Alibaba's three growth engines. In recent months, Alibaba has recorded tepid revenue growth in China due to soft consumption and slowing business activities. Revenue for the Chinese e-commerce giant rose 3% in the July-September quarter from a year earlier, but missed the average estimate of analysts polled by S&P Global Market Intelligence.

As part of its efforts to foster the "globalization" engine, Alibaba has made significant strides toward expanding its footprint across Europe in the past year.

In September, its Southeast Asian e-commerce arm, Lazada, announced its entry into Europe with a focus on enlisting local sellers, while in October, it rolled out Miravia, a marketplace for mid-range and high-end products, in Spain.

Over the past three years, the European e-commerce sector has been feeling the impact of supply chain disruptions caused by a series of headwinds, such as COVID-19 and the Russia-Ukraine war. Therefore, constructing a supply chain in close proximity to the region will help improve the competitiveness of international e-commerce players.

In such a context, Turkey, a rising industrial powerhouse and the ideal location for a logistics hub, has caught the attention of not only Alibaba but its rivals as well.

Fast-fashion brand Shein has started manufacturing in Turkey since midsummer and has leased and operated warehouses in Poland to store merchandise and ship it to customers in Western Europe. Amazon opened its first logistics center in Turkey in September, supporting the domestic and export operations of the small- and mid-sized businesses that sell products on the site.

If everything goes according to plan, Cainiao Network, Alibaba's logistics unit, could oversee the Turkish logistics center. Currently, Cainiao operates a single logistics hub in Europe at Liege Airport in Belgium.

Building logistics capabilities in Turkey is part of Alibaba's commitment to overseas markets, as Daniel Zhang, Chairman and CEO of Alibaba, said in the latest earnings call, "We believe that developing and investing in these capabilities will be meaningful to ensure the sustainable long-term development of our abilities to serve the overseas consumer market."