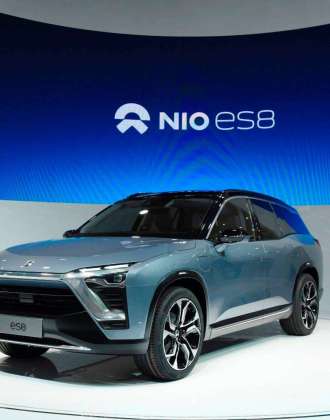 In an internal all-hands letter, the CEO listed 8 key areas where he believes the company is not performing well

Over the past three years, electric vehicle manufacturers have seen explosive growth. However, as competition intensifies and growth on the demand side slows, manufacturers now face a common problem, which is lower-than-expected shipments.

After Tesla's full-year deliveries fell short of the target it set for itself and Wall Street's expectations, Chinese EV upstart NIO also claims that its delivery growth is subpar.

In a Jan. 1 internal all-hands letter, William Li, NIO's founder and CEO, expressed concern that the company was not meeting expectations in terms of delivery and promised to streamline inefficient projects and teams in 2023.

Li listed 8 key areas where he believes the company is not performing well, including:

2. Compared to other competitors, NIO was not efficient and swift enough to respond to fluctuations in supply chain.

3. Failure to make timely adjustments in response to changes in demand, resulting in unnecessary losses.

4. The software and hardware quality issues before and after the new vehicle launch affected the reputation of the company's products.

6. The problem-solving speed still fell greatly short of user expectations, despite a user satisfaction feedback mechanism has been set up.

7. There was a serious lack of effective internal communication as the company and team expanded rapidly over the past year.

NIO delivered more than 122,000 electric cars in 2022, up by a modest 34% from the prior year. The growth fell behind that of Li Auto, a company focuses on offering electric SUVs in a similar price range to NIO. Li Auto said its deliveries this year are up 47% to more than 133,000 units.

Chinese battery and automaker BYD remains a giant, with sales of more than 911,000 electric vehicles in 2022, up about 180% from a year ago.

"In 2023, the company will have a much heavier workloads but only slightly more resources will be added to handle it. Organizations, teams, and projects that aren't operating at full efficiency need to be restructured, and streamlined," the CEO said in the letter.

According to Chinese tech news outlet 36Kr, NIO has been actively hiring over the past year and now has more than 30,000 employees.

"The delivery and service in the European market will also be further accelerated," Li said.

Recently, the EV maker has been quickly expanding into Europe, launching its models in Germany, the Netherlands, Denmark, and Sweden. As of December 31, 2022, NIO had deployed 1,315 Power Swap stations, 1,228 Power Charger stations with 6,225 chargers and 1,058 destination charging stations with 7,159 chargers worldwide.