The political advantage of TikTok bashing 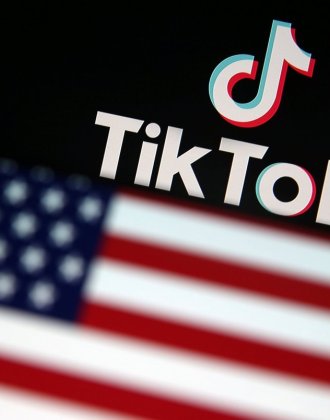 The Senate unanimously approved the "No TikTok on Government Devices Act" last month. The bill is introduced by Sen. Josh Hawley (R-Mo.), and the purpose is exactly as it sounds: to ban TikTok from government devices as part of an all-of-government effort to combat TikTok’s potential national security risks.

Pressure on TikTok has intensified in recent months from both the political and public opinion sides in the United States, most notably after BuzzFeed News published a report in June detailing the parent company's China-based engineers' continuous access to TikTok data. While some of the coverage has been derided by TikTok commenters in the U.S. as frivolous, much of it has been weaponized by US politicians, particularly those with hawkish views on China. Overall, TikTok has received a barrage of unfavorable publicity in Western mainstream media, and political tensions are rising.

TikTok, which may be the most successful global platform in Chinese company history in the US market, is facing an uphill battle, and recent events are concerning. On December 2, FBI Director Christopher Wray reiterated his November 15 statement to Congress that TikTok, a subsidiary of Bytedance, poses a threat to U.S. national security. This is not the first time a heavyweight figure in the U.S. political arena has publicly criticized TikTok. The Trump administration's "either sell or be banned" executive order against TikTok was the first of many challenges TikTok has continued to face in the U.S.

The "No TikTok on Government Devices Act" zoomed past the Senate but is unlikely to pass in the House before the end of the year. Regardless, Sen. Hawley's legislation and remarks are reverberating throughout Washington, D.C., and the media. "TikTok is a Trojan Horse for the Chinese Communist Party." "It poses a major security risk to the United States, and it has no place on government computers until it is obliged to sever all relations with China," Hawley said. "TikTok is being blocked on government devices across the country. It is now up to Joe Biden and the Democrats to do the same."

The most ardent critics of TikTok are Republicans: FBI Director Christopher Wray, Federal Communications Commission Chairman Brendan Carr, and, of course, Sen. Marco Rubio, who is seeking to ban the app from operating in the U.S. entirely. However, the democratic party has not been kind to TikTok by any stretch of the imagination. After rescinding Trump's executive order, Biden gave TikTok another fighting chance. The negotiations with CFIUS, the Committee on Foreign Investment in the United States, which comprises representatives from multiple U.S. government departments and agencies with broad review authority over transactions that could result in foreign entities controlling U.S. businesses, are the most critical issue for TikTok right now. While the negotiations have received extensive coverage in the mainstream media in the United States, the specifics remain unknown. The New York Times reported in September that a draft agreement had been struck that did not compel Bytedance to divest ownership of TikTok but did need reforms in data security and regulatory procedures. Nonetheless, the Biden administration's continuation of the Trump administration's stance toward China has filtered down to how corporations with Chinese connections are treated. All of this hasn't made life easier for TikTok. Public and political pressure has been mounting from both sides of the political aisle and from regulatory agencies, and this newest TikTok ban is a case in point.

TikTok's strong social influence makes it impossible for politicians to ignore the platform's value in reaching out to young voters. According to the Pew Research Center, 10% of adults in the U.S. obtain their news from TikTok, and a quarter of those under 30 do as well. 34% of Democratic candidates and 12% of Republican candidates have TikTok accounts. On the one hand, the concern for TikTok's potential to sway political and public opinion is valid; on the other hand, how far should one take the notion that everything boils down to "Chinese influence operations" as well as "national security concerns"? TikTok’s woes in the U.S. will only escalate with this political opening salvo. More surprises are inevitable for TikTok and its Chinese parent firm, Bytedance, in the coming year.

Outside Congress, the Federal Communication Commissioner, Brendan Carr, has been making the rounds. He wrote to Google and Apple on June 24, asking them to remove TikTok from their app stores. The FCC commissioner has direct jurisdiction over interstate communications, not over TikTok and other social media services. Even so, this has not stopped Republican politicians, led by Carr, from continuing to inflame public sentiment and highlight the potential risks of TikTok. Carr's term as an FCC commissioner expires next year after a 5-year term. Carr's future political prospects as the anti-TikTok spokesperson are unknown. But his rhetoric certainly plays into the Republican Party's "tiktok-as-national-security-threat message. Whether or not Carr's attempts will earn him political points, the opportune posturing in the current US-China atmosphere is worth noting.

Editor's note: Ivy Yang has an extensive background in international public relations, having worked in the US in fields as diverse as public relations consulting and tech startups, where she developed and implemented communications strategies to mitigate public opinion and policy risks affecting both China and the United States.

The opinions expressed in this article are solely those of the author.