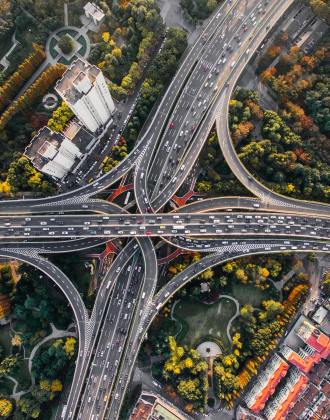 The real game for EVs in China is about to begin.

The prospering EV market in China has government subsidies to thank. The Chinese government has supported alternative fuel cars since 2009, and starting in 2010, it has started to subsidize them financially. As people became increasingly open to the notion of a fuel-free automobile, the subsidy program was altered and cut on multiple occasions. However, the scheme was still welcoming: between 2016 and the first half of 2021, China's new energy vehicle adoption rate increased from 1% to 10%. After that, it increased to roughly 30% after another year.

Currently, the amount of state subsidy enjoyed by new energy vehicle buyers is around 11,000 to 12,000 yuan per unit for fully electric vehicles and around 5,000 yuan for hybrid vehicles. According to the "Notice on the Financial Subsidy Policy for the Promotion and Application of New Energy Vehicles in 2022", the subsidy policy will end on December 31, 2022, and vehicles licensed after that will no longer be entitled to the subsidy.

Many Chinese EV manufacturers, like NIO, LiAuto, and XPeng, have benefited from the subsidy scheme, helping them not only establish themselves on the home market but also compete internationally with other established automakers. According to McKinsey research, almost 500 automakers have registered for EV manufacturing in China, which has grown to be the world's largest EV market and is three to four times that of the U.S.

EV subsidy was originally scheduled to end by the end of 2020. However, the unforeseen pandemic created ground for extending the subsidy and tax exemption by two more years. On March 31, 2020, China’s State Council decided to extend the policy to the end of 2022.

This is not a light decision, as the Ministry of Finance and four other ministries and commissions immediately issued a notification reducing the subsidy amount by 10% to 30%, depending on ranges.

According to the Diplomat, China blasted nearly $60 billion into the EV sector between 2009 and 2017 in order to ”go from a technological follower to a leader,” as a CSIS report remarked.

By reducing subsidies, China pushes its EV companies to penetrate the market. But EV makers seem reluctant to let go of the warm embrace of monetary subsidy. In May this year, as COVID heavily hit several cities and regions in China, vehicle production was once halted, and sales slowed drastically like everything else. The disruption pushed China's Ministry of Information and Industrial Technology (MIIT) and several other ministries to conduct meetings with carmakers to discuss subsidy extension.

The subsidy was not granted for an extension. However, tax exemptions will remain for another year. According to an Announcement by China’s Ministry of Finance (MOF), the State Taxation Administration (STA), and MIIT, new energy vehicle buyers would still be exempted from vehicle purchase tax, effective between January 1 and December 31 next year.

Now, as the decade-long policy is approaching its end, Chinese EV makers are weaning off the subsidy pacifier. Are they, especially the young start-ups, ready for the real world that they were supposed to face two years ago?

Car dealerships have been rolling out “price guarantee” policies in recent times. For example, Xpeng dealership promises buyers that as longer as their deposits are paid before December 31, 2022, they would still enjoy the subsidy.

Nio, who asks buyers to register licenses before December 31 to enjoy the subsidy, launched a “Double 12” gift package to stimulate sales. According to a poster of the promotion event shared by a Nio salesperson, the gift package includes car models (as in toys, not people), selected items from the Nio shop, lenient financing options, etc.

Some carmakers are going against the trend and raising their prices. According to a BYD announcement on November 23, selected cars are due for a price adjustment of 2,000 yuan - 6,000 yuan. On December 1, GAC Group’s AION announced a price increase of 3,000 yuan - 8,000 yuan, depending on the car model. Both attributed the adjustment to subsidy cancellation and rising battery costs.

So it seems like carmakers are not making a big fuss over the end of the policy. Why? Well, carmakers are used to the “abstinence reactions”. In January 2016, the first month after the first subsidy reduction, sales of new energy vehicles fell by 63%. However, in January 2021 and January 2022 (also first months after subsidy reduction), sales of NEVs only fell by 20.5% and 18.5%, respectively. The impact of subsidy withdrawal on the market has significantly weakened over time.

In addition, carmakers have other things to worry about. According to data compiled by the National Passenger Cars Association, NEV retail sales in October 2022 fell 9.2% compared to last month, and although they grew 74.9% YoY, the year-on-year growth rate was the lowest of the year. The stage of rapid development might already be behind Chinese NEV makers.

“We should encourage China's new energy vehicle enterprises to go out to overseas to strain after subsidy from other countries, such as ASEAN and Southeast Asian countries, which are now vigorously developing new energy vehicles,” said Lang at an industry conference this month.

Europe is another popular destination for Chinese EV makers, but their subsidy is no low-hanging fruit. The French government has increased the subsidy for EV consumers from 6,000 euros to 7,000 euros, yet the subsidy only applies to electric cars priced below 47,000 euros and produced in Europe. The Dutch EV subsidy is also only available for models priced under 45,000 Euros.

The EV industry's heyday has long since passed, but the road ahead is undoubtedly difficult.