Like vacuum robot, China's robotic lawn mowers are the disruptor wannabes of the market 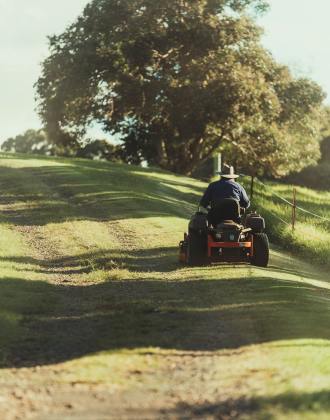 It’s hard to imagine that robotic vacuum cleaners have already been around for two decades. Remember when they first entered our lives? We were astounded that they could sweep our floors and navigate around furniture as we saw them at work.

Initially, they were more like dependent pets than dependable workers. We’d have to Roomba-proof the whole apartment before they can get to work, move them when they are stuck (which happens quite frequently), worry if they are expensive to maintain, or knock down fragile objects.

Over time, robot vacuums have become increasingly intelligent. The most recent models eliminate the need for charging cables, sweep and mop simultaneously, and even clean themselves. Now, we are about to witness the same evolution for lawn mowers.

Robotic lawn mowers have been around for several years. Among the earliest competitors are Husqvarna, Robomow, Gardena, etc. Although there are a variety of models designed for different lawn sizes and trimming preferences, most of the robotic lawn mowers on the market have one thing in common - they come with accessories such as boundary wires or signal stations for establishing virtual perimeters.

Setting up these accessories can be quite a hassle, let alone replacing them when they wear out. These wire-bound robotic lawn mowers are mostly based on UWB (Ultra Wide Band) solutions or RTK (Real Time Kinematic) solutions. Several Chinese technology companies are currently attempting to create wireless robotic lawnmowers based on visual or radar technologies.

This includes Agile X, a Guangdong-based mobile robot system solution provider, which announced its robotic lawn mower, dubbed KUMAR, in February of this year; Segway Robotics, which has four models (the Navimow H500E, H800E, H1500E, and H3000E) coming to selected markets in 2022; Deep Blue Technology, which announced its AI lawn mower in the Netherlands in May this year; and RuiChi Intelligence, a startup whose first generation product has already been released via Indiegogo. In addition, another startup, Shenzhen-based Heisenberg, is also developing robotic lawn mowers and anticipates mass production by the end of this year. They will be competing against the likes of iRobot, the robotic pioneer known for its Roomba vacuums, and Husqvarna, the long-established equipment manufacturer, among others.

These companies consider European and North American markets as the targeted market, since domestic households in China have little lawn-attending needs. According to Statista, the average annual expenditure on lawn and garden supplies per consumer unit in the United States was $155.7, and the overall spendings on lawns can reach $1000-$2000, according to Jacob Wu, the founder of Heisenberg Robotics.

Currently, the penetration rate of robotic lawn mowers remains low due to the aforementioned challenges associated with their use. The penetration rate is only 3% in North America and around 10% in Europe, indicating that there is still tremendous opportunity.

"Many products nowadays give the most enjoyable part to robots and leave the boring part to people, which is very unreasonable." "We are trying to provide all the features around this scene, including the cool and uncool ones,” says Wu.

Wu’s Heisenberg Robotics is expecting mass production by the end of this year and has been backed by DCM, followed by General Gate Ventures, followed by a strategic investment from chip company Horizon and Haisong Capital in September. The Heisenberg research and development team has members from Xiaomi, Sany, ZTE, Huawei, and other technology companies, while Wu himself spent a long time living in North America and therefore accumulated experiences regarding lawn mowing.

Heisenberg chose visual solutions for its products, which might be complicated to develop but will provide more cost-effective outcomes as the solution doesn’t require sensors and the most expensive part of the solution is the chips.

With prior experience in an autonomous driving company, Wu considers Heisenberg’s robotic lawn mowers to be more autonomous than other service bots. Service robots often are targeted for indoor scenarios which are more predictable, while robotic lawn mowers would target outdoor scenarios which are more complicated and might involve a lot of moving objects, such as children, swings, pets, etc.

Heisenberg is one of many companies aiming to achieve mass production in the near future. The competition is fierce in the newly developed sector, which would be beneficial for companies to penetrate the market as more attention in the sector helps educate consumers. It also signals that robotic lawn mowers target a substantial market and might have enormous potential.

Photo by Carnaby Gilany on Unsplash