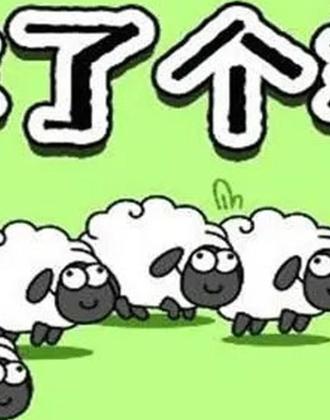 The success of Sheep A Sheep is the result of a great mixture of marketing and psychological strategies by the developers to make the game addictive.

The game Yang Le Ge Yang, which roughly translates to Sheep A Sheep, has quickly amassed more than 60 million daily active users in China within a few weeks since it was introduced in early September through the mini-game application on WeChat.

The mini game, which users can access without downloading or installing additional apps, was developed by a small game studio called Beijing Jianyou Technology. The success of Sheep A Sheep results from a great mixture of marketing and psychological strategies by the developers to make the game addictive.

The game is really simple to play. Like other Match-3 games, Sheep A Sheep uses a group of stacked items in various colors and shapes. Players swap those items to make matching stripes of three, which then disappear with satisfying music. items can be temporarily stored on a shelf with seven slots at the bottom of the screen to facilitate matchmaking. The game is over when the slots are full of unmatched items.

Featuring a comic-like art design and catchy background music, the game only has two levels to pass. Players can effortlessly pass the first challenges for crashing and matching the items. The players feel that it is an easy game and that they are genius to clear the challenge, arousing their curiosity to continue the game. However, the second level is extremely difficult to pass. Players end up range quit and throwing their smartphones against the wall because a simple matching of three games let them down. People regularly comment on social media about just how basic or simple the game is, and they get a sinking feeling of failure that they just want to beat.

Featuring a comic-like art design and catchy background music, Sheep A Sheep is easy to learn, but it is difficult to master.

The game developers have capitalized on this psychology and used the joy and the happiness of the player being successful after being frustrated.

Sheep A Sheep isn’t a real-time multiplayer game, but it has linked itself with social media like WeChat and Douyin. A hashtag related to Sheep A Sheep amassed a staggering 2.63 billion views with more than 283,000 comments on social media by far. There is also a huge number of short videos about the gameplays and skill tips on short-video app Douyin.

Players, who are visualized as sheep within the game, can see and compare their progress with their friends and family members through the social network. Because WeChat users are required to disclose their locations when they sign up, players of Sheep A Sheep can compete with others in teams based on their province. The moment the player linked their Wechat account with the game, all his/her friends playing the game would be shown, as well as their province rankings. A player is not only representing him/herself but also the province that he/she locates, tapping into China’s longstanding regionalism; a province will get the highest scores if it gets the most players to pass the game.

Players are visualized as sheep within the game. They can join local online communities based on IP locations and represent their province to compete with players from other provinces.

“OMG, the team of Shandong get their new best score, they have more than 66,000 people pass the game, we must blow it,” a player based in Shanghai initiated a post on WeChat, calling players in Shanghai to do a better job to overtake Shandong as No.1 team in the game.

The developer of Sheep A Sheep claimed that only 0.1 percent of players had beaten the game. “It is said that players who can pass the game have an intelligence quotient (IQ) equal to Albert Einstein,” Beijing Jianyou technology markets the game on WeChat and Douyin with an eye-catching slogan. It’s easy to learn, but it is difficult to master. Sheep A Sheep is in the sweet spot of learning curves.

This social motivation and geographical competition have made many users spend time and shed their money to compete and win against them. Passing the game as many times as possible is something to be proud of the social factor became a good strategy to earn more as people like to show off to people they know.

Unlike many mobile games that require players to compete with each other at a very fast pace, Sheep A Sheep is very casual, and players can use it to fill the gap while sitting in a waiting room or riding on the bus. There is no thinking or strategy behind the game, meaning players don’t have to get too involved if they don’t have the time.

Although Sheep A Sheep is a free-to-play game, it has a greeting mechanism to generate income from mobile advertising. Sheep A Sheep effectively puts players into "time out" after each loss. This is when Sheep A Sheep makes its money, players can either purchase a little tool to remove unmatched items from the shelf or watch 30 seconds of short advertising to remove unmatched items. The game takes advantage of the social effects of both WeChat and Douyin. Its free-to-play sharing mechanism not only brings scale but also allows the developer to monetize through short video advertising.

With such human psychology and great marketing strategy, Sheep A Sheep has increasingly gained public attention.

The speculation has circulated on Chinese social media that Sheep A Sheep generated a revenue of more than 10 million yuan in a day. Still, the rumor was quashed later by Tencent founder and CEO Pony Ma, saying the screenshot regarding the game’s daily income was faked by Photoshop.

The emergence of influential mini games like "Sheep A Sheep allowed the WeChat games ecosystem to grow rapidly.

According to a report jointly published by Tencent Advertising and DataEye recently, WeChat mini games achieved more than 30 percent of organic growth in 2021, representing a third consecutive year of double-digit growth despite the competitive and increasingly saturated game market in China.