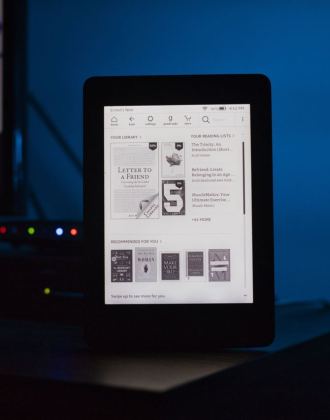 On June 2, Amazon Kindle announced via its WeChat official account that Amazon will shut operations of the Kindle eBookstore in China on June 30, 2023. Existing users will not be able to make new purchases after that, and can download books they already own before June 30, 2024, to read them offline. The Kindle APP and Send to Kindle function will not be available after June 2024.

Amazon has stopped supplying retailers in China with its e-readers starting today. While customers are still entitled to warranty services, the company also offers return and refund options for those who no longer wish to keep their Kindles. Refunds will be issued at the suggested retail price, for Kindle eBook readers purchased after January 1, 2022.

After the announcement, #Kindle quickly soared to Top 1 on Weibo’s trending topics list. Users complain that Kindle’s sudden exit leaves them stranded as their e-readers will have “no other purpose but to press down cup noodles lids. “

However, Kindle’s exit is not sudden. Rumors regarding Kindle’s exit from the Chinese market have been circulating since the beginning of this year. In October 2021, Kindle closed its official Taobao shop. While the e-reader’s shop on JD.com remains active, all items are out of stock except for Kindle Youth Edition.

In China, Amazon’s Kindle e-bookstore was officially launched in December 2012. The ink-screen design quickly enthralled book lovers in China, as the store offers many books in Chinese for under 10 yuan. In 2016, China became the biggest market in the world for Kindle e-reader devices. Kindle was so popular at the time that it almost becomes a synonym for ebooks.

In recent years, domestic ink-screen products in China such as Zhangyue, whose stock soared to the limit up price after Kindle's announcement, and Wenshi have blossomed. E-commerce platforms and social apps such as JD.com and WeChat have branched out to the e-book and internet fiction business, as a result, Kindle has gradually lost its appeal.

Amazon says the withdrawal was not due to government pressure or censorship and was part of a periodic re-evaluation of its offerings around the world, per Bloomberg. However, the global conglomerate has been reported to be struggling with regulatory risks in China. According to an internal Amazon 2018 briefing document cited by a Reuters report, "Kindle has been operating in China in a policy grey area," the document stated, and noted that Amazon was having difficulty obtaining a license to sell e-books in the country.

After the shutdown of its online store in 2019 and its e-book business now, Amazon’s remaining businesses in China include cross-border e-commerce, advertising, and cloud services.

Amazon’s Kindle ebookstore is the latest western internet platform to scale back its presence in China. Since last year, foreign internet companies such as Yahoo, Linkedin, and Airbnb have pulled out of China in succession.

China’s Ministry of Commerce ascribes Kindle’s exit as a “normal phenomenon in the market economy.” A spokesman for the MOC said that “China, as the second-largest consumer market in the world, is rapidly developing, and the products and services are being updated and iterated rapidly. For all kinds of market players, including foreign-funded enterprises, adjusting products and services according to market development is a normal phenomenon in the market economy.”