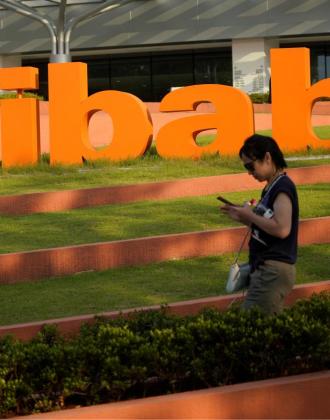 China on Friday announced that it will promote a healthy development of the platform economy, giving investors comfort that the worst of the multi-pronged crackdown on internet sector may be over.

At a meeting chaired by President Xi Jinping, the Political Bureau of the Central Committee of the Communist Party of China said that it would complete the rectification, implement normalized supervision, and introduce specific measures to support the healthy development of the platform economy.

Shares of big Chinese tech companies such as Alibaba, Tencent, Meituan, JD.com, and others jumped on the news. Over the past year, shares of these tech companies have fallen significantly amid a series of headwinds such as regulators' crackdown, a slowing economy, and the risk of delisting from the US.

Meanwhile, citing sources familiar with the matter, Reuters reported that China's top leaders will hold a symposium early next month with a number of internet companies, expected to be chaired by Xi, according to Reuters.

Authorities are seeking to reassure the corporate executives about the current regulatory environment and encourage them to continue to develop their business, said the report.

The optimism was also powered by reports that Beijing is discussing with US regulators the details of allowing on-site audit inspections of Chinese companies listed in New York, the latest effort by the Chinese government to try to prevent the companies from being kicked out of US exchanges.

China has set a 5.5% GDP growth target for 2022, but recent lockdowns triggered by the omicron outbreak have increased the pressure on the country to fulfill that goal. Easing regulation of the Internet industry may help achieve the target, and earlier this month, China lifted a nine-month freeze on gaming licenses.

During Friday's meeting, the Politburo said it will support COVID-hit industries and small firms, accelerate infrastructure construction, and stabilize transport, logistics, and supply chains, according to the state-run Xinhua news agency.