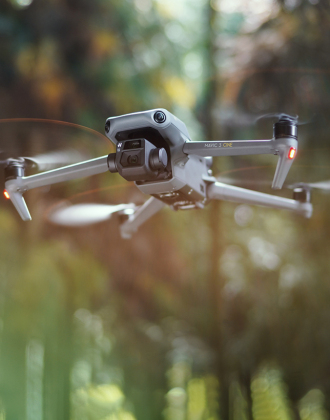 DJI said it abhors any use of its drones to cause harm, and the suspension is intended to assist ensure that no one uses its drones in combat.

Chinese drone giant DJI Technology said it will temporarily suspend business in Russia and Ukraine to ensure its products are not used in combat, Reuters reported on Wednesday.

"DJI abhors any use of our drones to cause harm, and we are temporarily suspending sales in these countries in order to help ensure no-one uses our drones in combat," said the spokesperson.

Previously, Ukrainian officials and citizens have accused DJI of leaking data on the Ukrainian military to Russia, but the world's largest maker of consumer and industrial drones has called that accusation "utterly false" and said the company has no control over the use of its products.

The private company has been under US scrutiny for some time due to its alleged links to the Chinese government.

Citing national security concerns, the US has added DJI and several other Chinese companies to its entity list in 2020, barring from buying US products or importing American technology without a special license. A year later, DJI was put on an investment blacklist by the US Treasury Department, banning US investors from investing in the company.

DJI's overseas sales are more than 80% of its total drone sales while its consumer drones make up over 70% of the global market, according to a 2021 report on the top 500 global unicorns that put DJI at the world's 28th with a valuation of $23.71 billion.